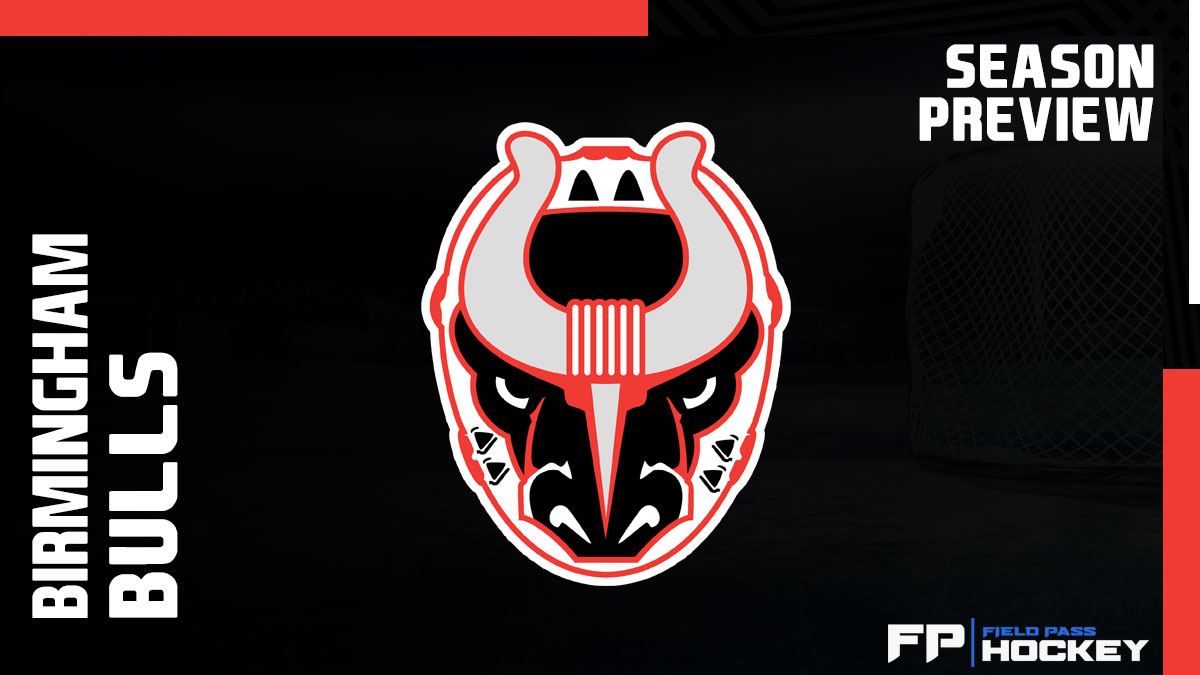 Heading into training camp, we see a few familiar names that haven’t been around in a while. Forward Russel Jordan, who last played for the Bulls during the 2019-20 season. Alexander Taulien, who last played for the Macon Mayhem during the 2018-19 season, also spent some time with the Bulls during 2017-18. These additions add some grit to the team. You can be sure that heading into his second full season as head coach of the Birmingham Bulls, Craig Simchuk is looking to right the ship and lead the Bulls back to the President’s Cup Playoffs this season.

The Bulls finished last season with a 12-23-7 record, putting them in last place in the five-team league. Despite having the SPHL’s leading scorer, the Bulls struggled to find the back of the net and finished the season with 103 goals for. They also allowed 161 goals, both of which were league-worst. One of the bright spots from last season was team captain and league-leading scorer Logan Nelson, who finished with 49 points (13g, 36a).

Despite being last in scoring as a team, Birmingham somehow managed to finish the season with the league-best powerplay at 21.4%.

On the other side of special teams, we find the Bulls last in the league on the penalty kill at 76.3%.

As you can see, things didn’t go the Bulls way last year, so let’s look into a few key off-season moves that should help make the team better. The first signing of the offseason was to bring back veteran forward Mike Davis, who has been a member of the Bulls since year one and has consistently been in the top-three in scoring on the team. Bringing back a veteran player like Davis is key to this team both on and off the ice.

As you look through the roster to start things off, you notice there are a lot of former Port Huron Prowlers on this team, one of these players stands out just a little more than the rest, though, and that is the big 6-foot-3 forward Yianni Liarakos. Liarakos posted 17 points in 22 games with the Prowlers of the FPHL last season and will add another big body upfront and a much-needed scoring touch to the team.

This offseason was filled with crucial losses, including the loss of team captain Logan Nelson. The move comes as no surprise, though, as Nelson has found a home with Atlanta in the ECHL. Still, it’s a tough loss considering he was captain and leading scorer.

Another key loss during the offseason came in the form of right-winger Anthony Collins, who last season was the only player who played at least 20 games and finished with a +3. Collins, of course, was always willing to drop the gloves, but his presence on the ice and in the locker room will definitely be missed this season.

The Bulls will open the season on the road against the Huntsville Havoc to start the season off with the “Battle for Bama.” Interestingly, Birmingham will close out the regular season against those same Huntsville Havoc, except the game will be on home-ice. They will remain on the road opening weekend, playing the Pensacola Ice Flyers on Saturday night. The home faithful will have to wait until October 22 for the home opener against the Knoxville Ice Bears.

Although every team in the league is back in action, there will be one team the Bulls will not face in regular-season play, and that will be the Peoria Rivermen. The Bulls will play Quad City on November 18 for the only meeting between the two teams. The Bulls will also not travel to Roanoke but will host the Rail Yard Dawgs three times throughout the regular season. This year, the newest addition to the league, the Vermillion County Bobcats, won’t make a trip down to Birmingham, but the Bulls will travel up to Danville, Illinois, for a two-game set starting on December 10.

One storyline to keep an eye on this season will be the goaltending for the Bulls. Currently on the roster is Hayden Stewart and Zane Steeves. Stewart, of course, played with the team last year and found some success, even earning a call-up to the ECHL.  Steeves is a rookie netminder out of Red Deer, Alberta, who spent the 2020-21 season in Sweden, where he had an up and down year.

The Bulls still have the rights to goalie Austin Lotz, who is currently in the ECHL on a PTO. Last season, the net was a bit of a revolving door between call-ups, suspensions, and injuries.

After having the worst season in the team’s short history, we will also watch offensive production and special team this season. Last season, as previously stated, the team was league-worst in all categories except power play. While scoring 27 times on the powerplay, they also gave up 16 shorthanded goals against. It will be interesting to see what adjustments were made and if there is improvement in these categories.

My prediction that is sure to go right ahead of this season is going to be that the Bulls improve this season and become an above .500 team.

This is the fun one here. My prediction sure to go wrong is that the Bulls will return to its 2018-19 form and make a run to the finals this season.

How will the Bulls fare this season? Will they find themselves on the outside looking in at the playoff bracket, go deep in the playoffs, or win the President’s Cup? Let us know your thoughts.