It’s here, the best time of the hockey season! The beginning, where every fan is excited for what’s to come. There are no winners or losers; there is only hope 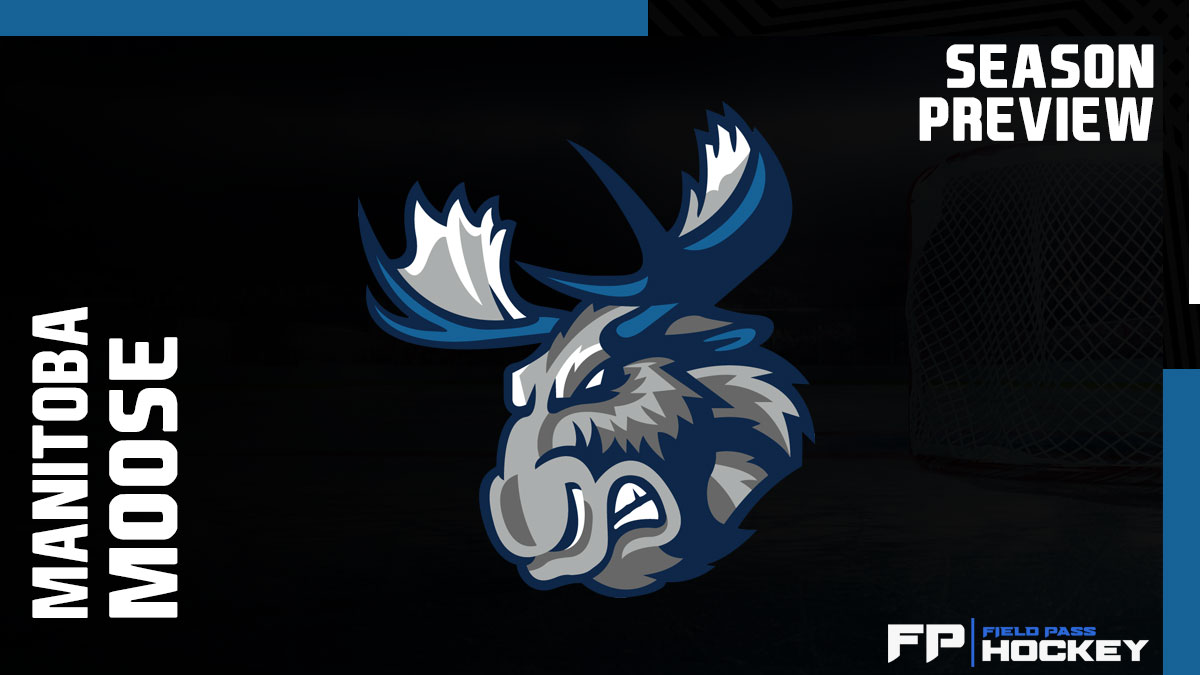 WINNIPEG, MB – It’s here, the best time of the hockey season! The beginning, where every fan is excited for what’s to come. There are no winners or losers; there is only hope, hope that your team will have a great year. In Manitoba, a revamped top-six, deep defense, and solid tandem between the pipes have given Moose fans a lot to be excited about, and like every Canadian hockey town, hopes are high.

Yet, before we go too far ahead, let’s take a quick look back to see how we got here.

The last season was an exciting yet complicated one.

A season where it was almost impossible to discern if a team was great, good, or even below average.

A season where points percentages replaced wins, losses, and points to decide the standings.

The pandemic changed everything. The Moose played in an entirely different division filled with only Canadian teams. Yet, they seemed to do great, finishing second in the division with a record of 18-13-3-2 behind only the Laval Rocket. Manitoba and the entire Canadian Division were led in scoring by Nathan Todd as he tallied 32 points in 36 games. The team even scored at a decent clip with 109 goals and had only 102 against.

Altogether, the Moose finished 17th in goals per game and a fantastic sixth in goals against. However, with middling special teams numbers (13th in power play and 19th in penalty kill) and basically, a .500 record in a weak division, was the Moose season actually a success? The great part is it no longer matters. A new season is on the horizon with fresh faces on the ice as well as the bench, so let’s jump into that!

Finally, after two long years, an almost normal AHL schedule has returned! Among the other big returns, here are three that directly impact Moose fans and the team’s schedule:

Speaking of the Milwaukee Admirals, there is a good chance Moose fans and players alike will have a distaste for the Admirals after this season. That is what usually happens when players face off against the same team 12 times in one season.

Hopefully, for the Moose and their playoff aspirations, these aren’t the same Admirals team that led the entire AHL in points the last time we saw them in the 2019-20 season. Otherwise, this season could quickly get away from the Moose as they will also have to play last year’s Central Division-leading Chicago Wolves eight times. On top of all that, the Moose will have to play four games against the Laval Rocket, which Moose fans know quite well as they led the North Division last year.

However, it is not all doom and gloom! The Moose will play the remainder of their 52 games against the Belleville Senators, Toronto Marlies, Abbotsford Canucks, Texas Stars, Iowa Wild, Grand Rapids Griffins, and Rockford IceHogs, who all finished below them last year. Therefore, a .500 record versus the potentially solid teams and a winning record against the lower tier teams could find the Moose easily in the playoffs!

The top-six is, without a doubt, the biggest storyline on the Moose this season. With the departure of Nathan Todd and Cole Perfetti, they have lost their two top scorers. On top of that, Evgeny Svechnikov, who was signed to mitigate the effects of these losses, is likely to sign an NHL contract with the Jets. This means that the team will rely heavily on returning David Gustafsson to fill the net. Thankfully, he is quite capable of scoring as he tallied 19 points in just 22 games and was given the team’s most valuable player award. However, there are major questions about the rest of the top-six shown below.

In terms of the remaining players making up the top six, the story is pretty much identical except for Jeff Malott. Malott is a key part of the first line due to his goal-scoring prowess, which he used to notch a solid 14 goals in 34 games last season to lead the team. The rest of the top-six are all solid AHL players and are capable of averaging 0.5 points per game, but there isn’t an abundance of star power. In closing, it will take some career years, or surprising new faces to exceed the 3.02 goals per game the Moose scored last year.

The one place where the Moose have very few questions is at defense. The situation is simple, as long as the Jets don’t get into injury trouble the Moose will have a top-five blueline in the AHL. With offensive weapons like Ville Heinola leading the defense in scoring and plus-minus darlings like Johnathan Kovacevic, the team has great pieces at both ends of the ice. Yet, like anything in hockey, there are always some downsides. The Moose will be without the services of Dylan Samberg to open the season. Samberg was injured on day one of Jets training camp and will likely be out till the first week of November at the earliest. However, this void should be mitigated by the addition of 2019 second-round pick Simon Lundmark. The 20-year-old prospect will make his first appearance in the AHL after playing four seasons with Linkopings in the Swedish Elite League. He should have every opportunity to crack the top-four in Samberg’s absence and will look to find his footing in the AHL. Lundmark will also have the assistance of his likely partner Declan Chisholm who played his first season last year and can relate to what Lundmark will be going through. With talented players like Heinola, Kovacevic, Lundmark, Chisholm, and a healthy Samberg, we may see the Moose improve on that sixth-best goal against per game!

Doubling Down on Defensive Hockey

With the top-six departures of Nathan Todd and Cole Perfetti, will this force the Moose to rely on their defensive strength more than ever? The defense is already rock solid, but only time will tell if forwards like Haralds Egle, Mikey Eyssimont, and Bobby Lynch can improve the defensive side of their game. All three were in the minus column last season and are most likely looking to turn that around. The one defensemen the Moose will need more from defensively is Leon Gawanke. At a team-worst -13, he’s going to need to step his game up in his own end. If all these things can happen, maybe just maybe, defensive hockey can lead this team on a deep playoff run New York Islanders style.

While possibly not the team they were last year, the Moose won’t find themselves out of the playoff picture. Yet, with the new expanded playoff format this season, they would need to finish sixth to miss out on the playoffs. This team won’t be the two-seed again, but they definitely won’t be sixth.

Why? Well, the Moose are in a more challenging division this year, and if the Milwaukee Admirals are half the team they were before, they’ve got a rough schedule. Just look at these three teams that make up 24 of their games.

However, as pointed out in the schedule breakdown, they also play some weaker teams. With 20 games combined against Rockford, Texas, and Toronto, they will be given a reprieve from the better teams and easily make the postseason.

With more playing time, a season under his belt, and all the offense flowing through him, David Gustafsson will lead the AHL in points. Why? To put it bluntly, if he wants to score, there are very few other options for the Moose’s new coach Mark Morrison. There shouldn’t be anyone else on the ice before Gustafsson when it comes to power plays, offensive faceoffs, and loading up after a penalty kill.

How do you think the Moose will do this season? Will they miss the playoffs in shocking fashion, cruise their way to an early playoff exit or maybe storm their way to a Calder Cup? Let us know below!

Jarren Kerr covers the Manitoba Moose for Field Pass Hockey. Follow and interact with him on Twitter @FPHMoose.