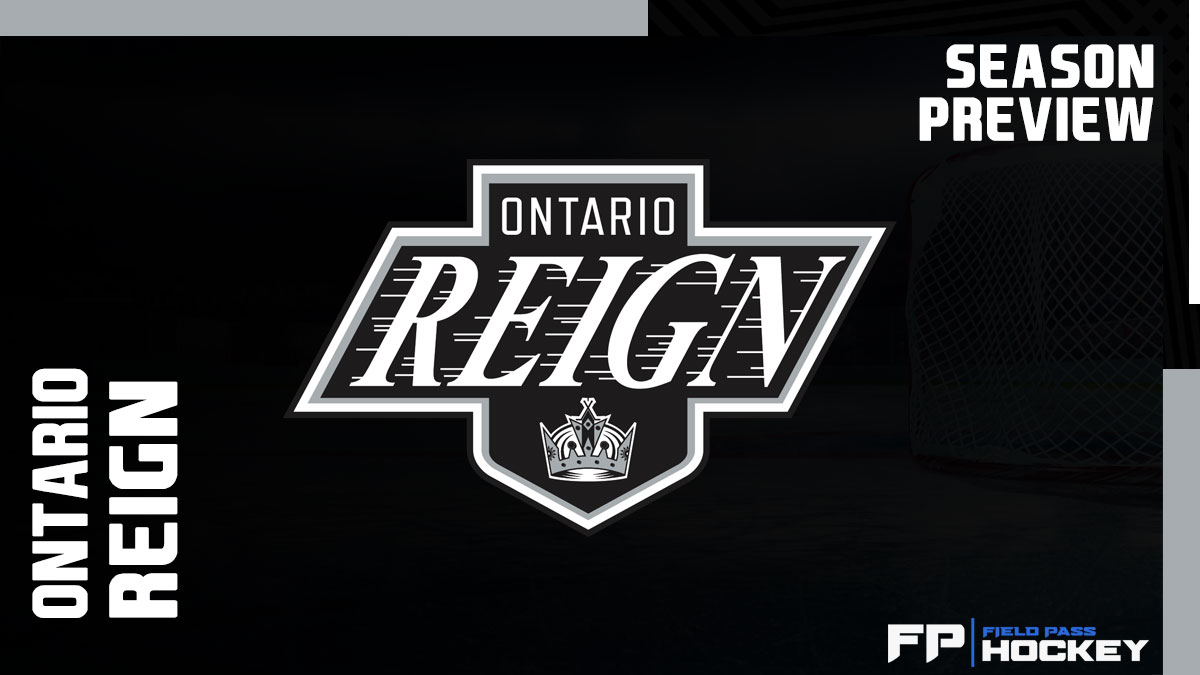 ONTARIO, Calif. – Last season, the best word for the Ontario Reign would probably be average. They finished in the middle of a collectively mediocre Pacific Division and lost their only postseason game. This season, they stand to lose much of their high-end talent, as the Kings seem to have plenty of solid prospects ready for the NHL. They’ve lost a handful of players, but the training camp roster seems mostly unchanged from last season, adding a couple of hopefully key players, but also likely losing players like Arthur Kaliyev, Quinton Byfield, Alex Turcotte, and Kale Clague for much, if not all of the season.

The Reign have made some smart offseason moves this season, adding a veteran goaltender in Garret Sparks to replace JF Berube and to lighten the load on the bevy of young goaltenders the Reign has, as well as picking up last seasons AHL MVP, TJ Tynan, who finished 7th in league-wide scoring last season with 35 points in only 27 games for the Colorado Eagles.

Sparks will likely spend the bulk of the season in the AHL, though he seemed to impress in the LA Kings preseason and training camp. Though he’s bounced around a lot in his career thus far, spending most of it in the ECHL, he’s likely to split starts with Matt Villalta and potentially be the first name called up in case of injury to either Cal Petersen or Jonathan Quick.

Tynan is a difference-maker for the Reign. He’s a career AHLer that’s played in a handful of NHL games for Columbus and Colorado, but he’s consistent at this level. For a team like Ontario that’s likely losing all their high scorers, having someone that can spend most of the season with the team and score at more than a point per game could mean the Reign returning to the Calder Cup Playoffs.

Hear from new forward TJ Tynan, who joins the organization this season after winning @TheAHL MVP award in 2020-21. pic.twitter.com/KkRLEIx94K

On the flip side, the Reign will be losing players like Byfield, who, due to a loophole in the AHL/CHL agreement, was able to play in the AHL last season as a 19-year-old because of a broken ankle suffered in the LA Kings preseason. He’s week-to-week right now, but even before that, he looked poised and ready to make the opening night roster for the Kings. He was 5th in scoring for the Reign last season, with 20 points in 32 games.

After a very strong preseason and training camp, last season’s leading scorer, Kaliyev, also looks likely to spend the bulk of the season with the Kings. He’ll be taking part in the Reign training camp, but don’t expect him to stay there.

The Reign will be starting their season off with a rivalry home game against old “friends” the San Diego Gulls. They will go on to play the Gulls five more times at home this season, including the Dia De Muertos game on October 23rd. Overall, there will be 12 games between the Gulls and the Reign this season, giving the two teams plenty of chances to work through their animosity.

This season will also be the return of playing a team outside the Pacific Division, as they will face the Grand Rapids Griffins for the first time since the 19-20 season. They will also get to face a new-look team, as the Canucks AHL team has been relocated to Abbotsford, BC. This will also mark the return to Canada for the Reign for the first time in two seasons. Previously the Utica Comets, the Abbotsford Canucks will be a mostly unfamiliar roster to Reign fans, as the trip between Ontario and Utica isn’t one that was taken many times even before the COVID-19 pandemic that stopped long road trips for AHL teams.

One storyline for the Reign this season is going to be goaltending. The Reign were the second-highest scoring team last season, scoring 136 goals in 40 games (over 4 goals a game on average), but they were dead last in goals against, allowing 149 goals in that same span (over 4.5 goals a game on average). If the Reign are to have any success this year, they need to find a goaltender that can perform well, and they need to have a consistent defense. Obviously, this is tricky with AHL teams, as NHL call-ups usually happen right as a player is finding his stride with a team. With such a logjam on defense for the Kings prospects, you have to hope that at least some of those talented young defenders will get some time in Ontario and play top-line minutes there, rather than sitting in the press box in Los Angeles. Similarly, the dissolving of the taxi squad will make goaltending a more consistent position. Instead of rotating four goalies all season, the Reign could make do with three, or possibly even only two goaltenders.

Another storyline for Ontario is going to be those talented prospects. The Kings have a lot of high-end defensive prospects right now, and they added another in Brandt Clarke (playing in Barrie for the OHL this season). It stands to reason that not all of them can stay up in the NHL, so if Ontario can take advantage of this and utilize players like Clague and Austin Strand while they’re with the team, that can only help the Reign’s chances of success.

The third storyline is going to be a player mentioned earlier. Tynan could be a difference-maker for this team. He outscored every player on the Reign last season, and he did it in only 27 games. As a center, he’s likely to be on the mind of the Kings’ GM for call-ups, but when Byfield is healthy, the Kings have a center ladder of Anze Kopitar, Phillip Danault, Gabriel Vilardi, and Byfield. Tynan will likely spend 30+ games in the AHL this season, and could very well be in the top ten for League scoring, and will almost definitely lead the team.

This is a talented team. With consistent goaltending and stronger defense, this team is very likely to make the Calder Cup Playoffs this season.

If everyone stays healthy and the goaltending takes a step forward, the Ontario Reign could very well make it to the Calder Cup Finals and even win the Cup.

So, what do you all think? Are the Ontario Reign the most likely to: