The South Carolina Stingrays will raise a banner on opening night. But not the banner they wanted. 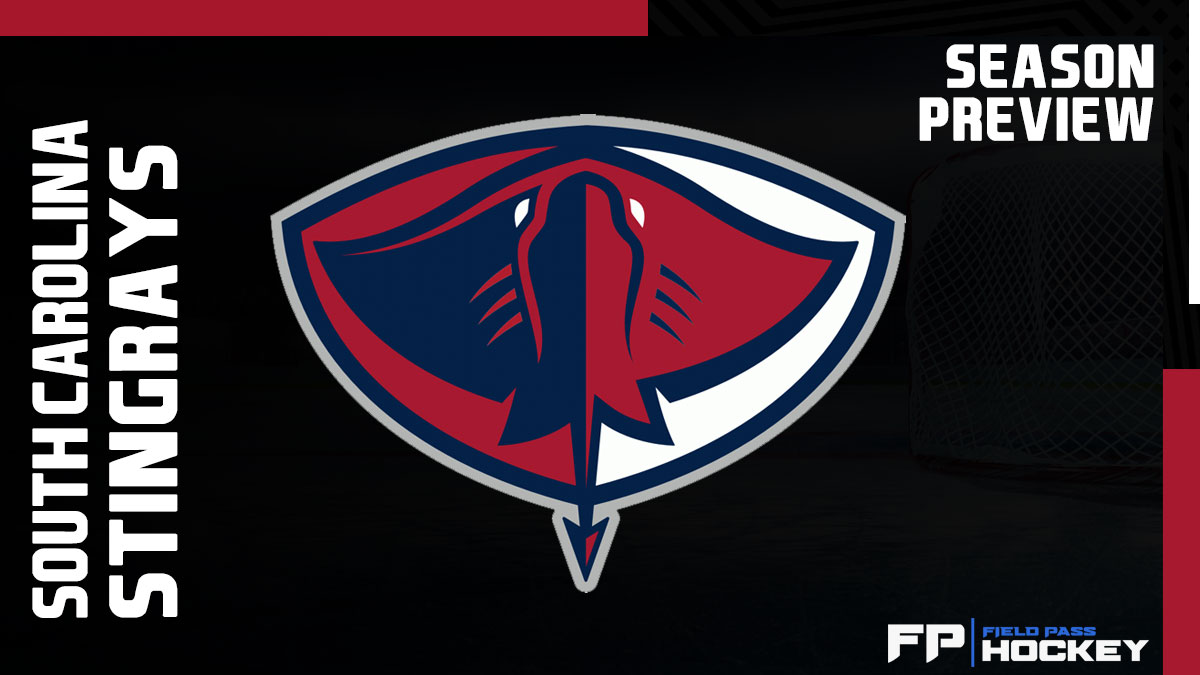 NORTH CHARLESTON, S.C. – The South Carolina Stingrays will raise a banner on opening night. But not the banner they wanted. While an Eastern Conference Championship banner is worthy of celebration, it is a reminder of unfinished organizational goals. The Stingrays will look to put last season’s bitter Kelly Cup Finals loss in the rearview mirror and gear up for another season. A season that results in another long playoff run, this time with a slightly different ending. To do that, the Stingrays will have to adjust their game. Less than a third of the team is comprised of returnees from last year.  The high-end skill players that comprised the forward group last year have mostly gone into retirement or went to play in Europe. The Stingrays are going to have to play a more disciplined and blue-collar style of play this year if they want to raise a different banner in the rafters of the North Charleston Coliseum next year.

With the league fully operating again, the Stingrays will have more variation in their opponents than last year. They will see 11 different opponents, including eight different teams at home. Greenville and Jacksonville will be the most common opponents but fans will get to see league newcomers Trois-Rivières in March. The team will make a far west road trip to see Idaho in December and a New England jaunt in March to see Worcester and Maine.

There is one odd schedule concern, from December 18th to February 12th, a span that covers nine home games. The Stingrays will only play Norfolk and Jacksonville during that time span which could cause some fan fatigue from seeing the same opponents repeatedly. The Stingrays are set to end their regular season on a high note as they play 14 games in March, including a home finale series against the perennial arch enemy Florida Everblades. This should provide them with an opportunity to establish and maintain momentum for the playoffs.

With the revamped defense, the Stingrays return to a grind-them-down style of game. This is a more physical team than the past several versions of the Stingrays. Look for them to use their size and toughness to win. The vast majority of the games this year will be one-goal contests where the Stingrays jump out to an early lead and then physically outplay the opponents to seal the victory.

A rookie/2nd-year pro will have a blowout year and lead the team in scoring. The opportunities are there. All one of the young players has to do is seize the opportunity and run with it. My outside-the-box choice to do it is Nate Pionk. Makes for the perfect story; overlooked coming out of an NCAA Division III school, in the shadow of a famous sibling, signs in the SPHL, comes to camp on a PTO and by spring is the leading scorer on a playoff-bound team.

How do you think the Stingrays will do this season? Will they miss the playoffs in shocking fashion, cruise their way to an early playoff exit or maybe storm their way to a Kelly Cup? Let us know below!