If there was one word to sum up the Syracuse Crunch organization going into the 2021-22 season, that word would be “optimistic.” 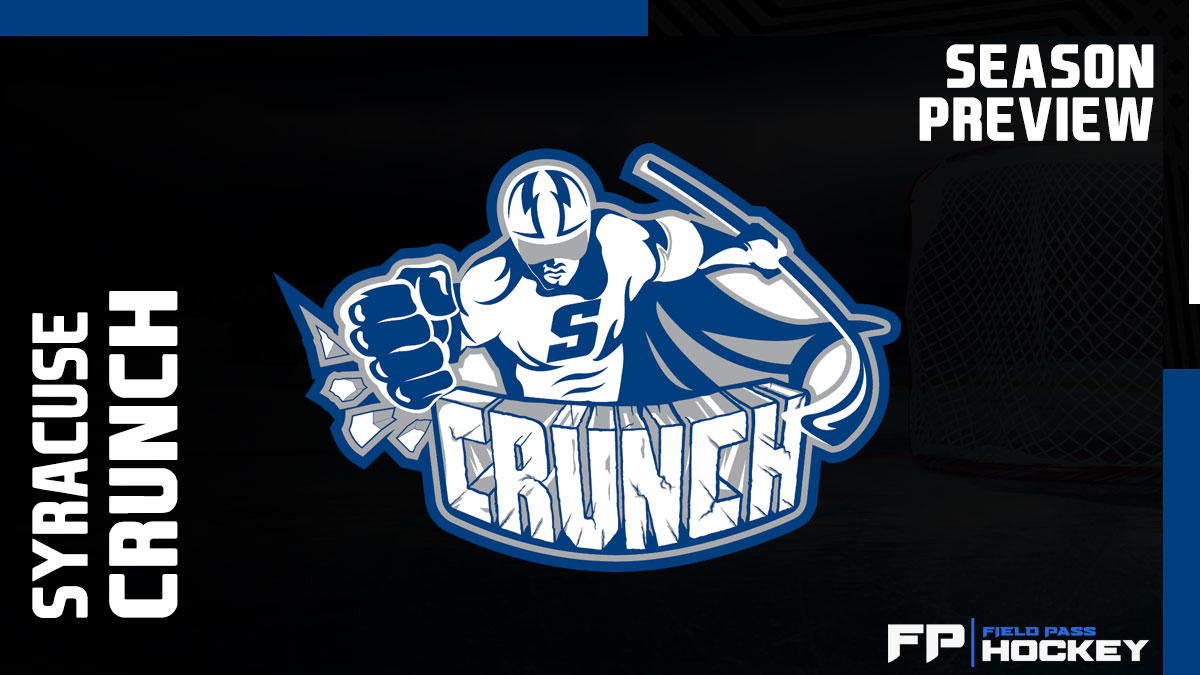 SYRACUSE, N.Y. – If there was one word to sum up the Syracuse Crunch organization going into the 2021-22 season, that word would be “optimistic.” Some variation on that theme has been said so much over this past summer by various members of Syracuse’s front office that it’s almost become a tagline. After a condensed season played without home fans in 2020-21 and a season cut short in 2019-20, everyone could probably use a little bit of optimism, so perhaps it’s a fitting theme.

What’s there to be optimistic about? Well, there are the changes made to the Crunch’s roster this past summer, to start. “Tampa is very confident that this may be the best team they’ve given since we got together,” team owner Howard Dolgon enthused recently during a Facebook Town Hall. “We’re going in with a lot of optimism.” Those changes include the (anticipated) additions of forwards Charles Hudon and Gabriel Dumont, the latter of whom is a very familiar face to Crunch fans. Dumont played in 98 regular-season games with Syracuse between 2016 and 2019, and appeared in 30 playoff games with Syracuse during that time. He was also captain of the team in 2018-19. AHL defenseman Darren Raddysh, brother of newly-minted Tampa Bay Lightning forward Taylor Raddysh, was also a welcome addition to the team this past summer, as was veteran netminder Maxime Lagace. It’s expected that Lagace will split time with Lightning prospect Hugo Alnefelt this upcoming season. Alnefelt was drafted by the Lightning in the 2019 NHL Entry Draft and will be playing his first season of professional hockey in Syracuse.

Perhaps the biggest addition to the organization, though – and the biggest reason for optimism – is the return of the Crunch faithful to the Upstate Medical Arena at the Onondaga County War Memorial. Crunch Chief Operating Officer Jim Sarosy recently reminisced about what last season was like to Family Times CNY:

“…What we had to go through last year really just makes it that much more special. I’ll never forget the first game in the empty building last year. We did 32 games, 16 at home with no fans. It was a very emotional moment right when the first puck dropped in that empty building. My thoughts went to all the folks who wanted to be here but couldn’t, whether it was someone who’s been a season ticket holder for 25 plus years and had never missed a game up until that point or some of our newer young fans, and what was being taken away from them – the ability to come see live sports. It was very emotional in that regard.”

Syracuse’s season was certainly unique this past winter. Insulated from most of the Taxi Club complications and roster dramas by a dual affiliation with both Tampa and the Florida Panthers, the Crunch was able to put a fairly potent team on the ice nearly every single game night. A consistent schedule of three opponents – Rochester, Utica, and Wilkes-Barre/Scranton – kept things fairly predictable during a season that could have been marred by a high level of COVID-19-related uncertainties.

Syracuse’s final record and season percentage of 0.641 was their third-best in recent history. The team made it clear from the start that their goals were to develop and stay healthy while doing it, something the organization achieved in spades. The team didn’t see one positive COVID test because of a regime that was among the most rigorous and expensive in the league, as Dolgon recently explained:

“…we chose the more expensive and more accurate PCR test — (and tested) every day of the season…unlike several other teams, our organization was not responsible for the cancellation of any games. And our players were able to practice and develop in a safe setting.”

Coming off of that strong season, Katchouk and Raddysh were both considered strong contenders for spots with the Lightning this upcoming season. The same could have been said of forward Alex Barre-Boulet, who netted 12 points (8g, 4a) in only ten games with the Crunch in 2020-21. Once training camp shook out, Katchouk and Raddysh skated away with spots, while Barre-Boulet was placed on waivers (more on this later).

Jon Cooper said he told Andrej Sustr today how impressed he is w/ his skating and body control. “Sustr played in the Stanley Cup Final and did great for us. But he really, his skating’s improved. He’s really in control of things out there. I’ve really been impressed with Shu.”

Syracuse will play the upcoming season in a reunited and redesigned North Division featuring Rochester, Laval, Belleville, Utica (newly aligned with the New Jersey Devils), Toronto, and Cleveland. Not all of the teams in the North Division will be playing the same amount of games this season. Previously, this scheduling quirk was limited to the Pacific Division, but with the AHL’s goal of getting down to a flat 72-game schedule for all of its teams in 2022-23 getting the green light, some teams elected to make the shift this season. In the North, those teams are Belleville, Laval, Toronto, and Utica, all of whom will play 72 games.

Syracuse will play in-state rival Utica 14 times, split evenly between seven home games and seven away games. Utica was the Crunch’s toughest rival last season, although the Crunch still bested them with a 7-5-2-0 record by the end of the season. Syracuse will play rival Rochester 12 times. Last season, Syracuse went 7-4-1-0 against the Amerks. Syracuse will see the other team they played last season, Wilkes-Barre/Scranton, four times in 2021-22. The Crunch won the season series against them in 2020-21 with a 5-1-0-0 record. The Crunch will face Cleveland, Belleville, and Laval eight times each, four games each against Charlotte and Hershey, and two each against Bridgeport, Hartford, Lehigh Valley, Providence, and Springfield.

For the 2021-22 season, December, January, March, and April will be the Crunch’s busiest months, with 12 games scheduled each month. Traditionally, Dolgon has favored a home-heavy end of the season, preferring the comforts of the War Memorial during that final, harried playoff push. This has been the team’s tradition for pretty much as long as memory serves. For whatever reason though, the upcoming season will deviate from that plan. Not only does Syracuse have a four-game road trip in April, where the team visits Utica, Hartford, Providence, and Toronto in six days, the final month of the AHL season will actually hold the most road contests with seven. The most home games in a month the team will see fall in November and January when Syracuse hosts seven each month.

Judging from who’s here, who’s not for today’s practice, looks like Raddysh and Katchouk have made the Opening Night roster, and Raddysh has won the open forward spot in the lineup. #Bolts

Well? After everything is said and done, how do you think the Crunch will do this season?