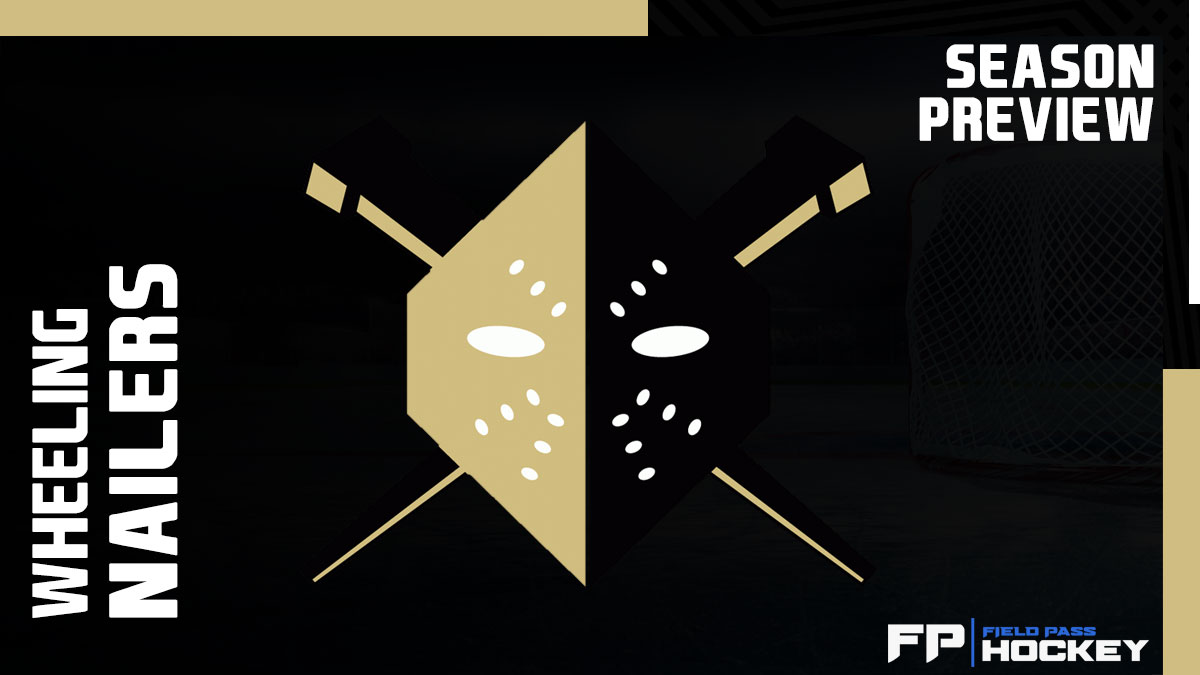 WHEELING, W.Va. – After naming Derek Army the head coach late last season, the Wheeling Nailers fan base is excited for the 30th season of hockey in the Upper Ohio Valley. Feeling pushed around at times last year, Army wanted to add physicality to his team, but do so without sacrificing the speed aspect of the Nailers game. With the changes and additions, the Nailers look to end a playoff drought that dates back to the 2015-16 team that won the Eastern Conference and was captained by Army himself.

Season Summary: Wheeling came out of the gate slowly going 2-8-3-0 in the first 13 games. With every positive stride the team made, multiple negatives showed up. Win streaks were far less common than losing streaks and one-goal games were heartbreakers for Wheeling. The statistical worst special teams and goaltending inconsistencies lead to a recipe that extended the playoff drought to five years.

The 2021-22 edition of the Nailers will open the season on Saturday night in Fort Wayne against the Komets. After three more road games, the Nailers play at WesBanco Arena for the first time, hosting the Komets on November 6. After facing Indy and Fort Wayne for almost two-thirds of the 2020-21 slate, the Nailers will welcome back the rest of the division as Cincinnati, Kalamazoo, and Toledo, as well as league newcomer, the Iowa Heartlanders.

The Nailers will face divisional teams in 55 of the 72 games scheduled. Indy and Wheeling will play 13 times, with seven games being played in Wheeling. In the 10 games between the Nailers and the Cyclones, Cincinnati will visit Nail City six times. The Komets and Nailers will also play 10 times, with five games being played in each city. Kalamazoo will visit Wheeling for five of the eight games scheduled between the two teams. The Toledo Walleye will see the Nailers seven times in total, four times in Northwest Ohio. Iowa and Wheeling also square off seven times, three of which take place inside WesBanco Arena.

Prediction Sure to go Right

The Wheeling Nailers returning to playing above the .500 win level. The Nailers had a streak of  11 .500 or better seasons snapped two years ago. Army was a part of that winning tradition and will start a new streak this season.

Prediction Sure to go Wrong

Wheeling will win the Central Division. With most teams coming back from being off for a year and the ones that played not having a lot of returning players (the Kelly Cup Champion Fort Wayne Komets only return six players from last season,) this could be Wheeling’s year to jump up and win the division.

How do you think the Nailers do this season? Will they miss the playoffs in shocking fashion, cruise their way to an early playoff exit or maybe storm their way to a Kelly Cup? Let us know below!

John Hafer covers the Wheeling Nailers for Field Pass Hockey. Follow and interact with him on Twitter @FPHNailers.