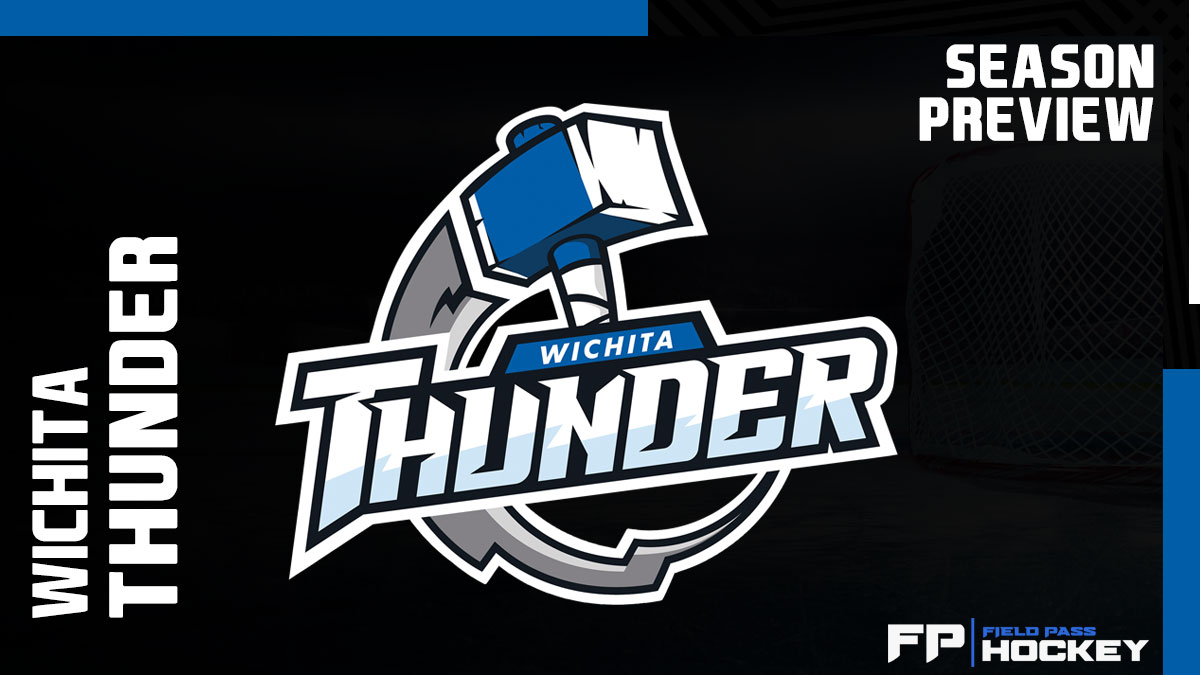 WICHITA, Kan. – Coming off the most successful season in their ECHL run, the Wichita Thunder suffered body blow after body blow this offseason and are fielding a very young roster heading into the 2021-22 season.

How will that pay off this season? We’ll take a look at that shortly. But first, a look back at the 2020-21 run in statistical form.

Season Summary: The Wichita Thunder capitalized off a loaded talent pool last season, led by ECHL MVP Anthony Beauregard, who posted 71 points (22G, 49A). In the final award analysis, Thunder players finished in the top five in the MVP, Most Outstanding Defenseman, and Most Outstanding Goaltender awards, and head coach Bruce Ramsay was named the winner of the ECHL’s Coach of the Year award. Thunder players also comprised one-third of the spots in the ECHL’s all-rookie, all-first, and all-second teams. On the ice, they were able to secure home-ice advantage (such that it was) for the first-round playoff series and pushed the eventual Kelly Cup champion Komets to overtime, giving them their stiffest test en route to the title.

The Thunder will open the season at home on Saturday, October 23 against heated rival, Allen. Wichita will close Opening Weekend with a game on Sunday, October 24.

The Thunder will host two new teams at INTRUST Bank Arena this year. Wheeling comes to town on Saturday, October 30 and Newfoundland visits on Wednesday, January 26. Wichita will also face a new team this year, traveling to Iowa on Wednesday, December 1, and Wednesday, February 23.

Returning for the 2021-22 season are Idaho and Toledo. Wichita will play Idaho seven times with the first meeting in the Air Capital on Friday, February 4. Toledo comes to town for the first time since the 2016-17 season when the Walleye visit INTRUST Bank Arena on St. Patrick’s Day.

When the puck drops Saturday night in Allen, the Thunder roster will feature one veteran player who has played in an NHL regular-season game (Dylan Olsen,) two players who have played a combined 286 AHL games (Gennaro & Olsen), and six rookies.

This team, one of the youngest rosters in the league, will go through its share of growing pains. With the youth on the roster, it will be imperative for Ramsay and his coaching staff to find a way to be positive, continue hammering home good habits to the players, and correcting the errors when they occur.

The bottom line for fans is that this roster could be better at the end of the season, than it will be at the beginning.

With the roster as currently constructed, and absolutely nobody should be fixing their eyes to Bakersfield looking for help, it is extremely hard to see how this roster finishes in the top half of the league in goals for per game. The goaltending and defense should be there for Wichita, but the offense remains a huge question mark for me.

It would be enjoyable to watch this team make it into the playoffs for a second straight season, but I don’t see that happening for the Thunder this season.

How do you think the Thunder will do this season? Will they miss the playoffs in shocking fashion, cruise their way to an early playoff exit or maybe storm their way to a Kelly Cup? Let us know below!