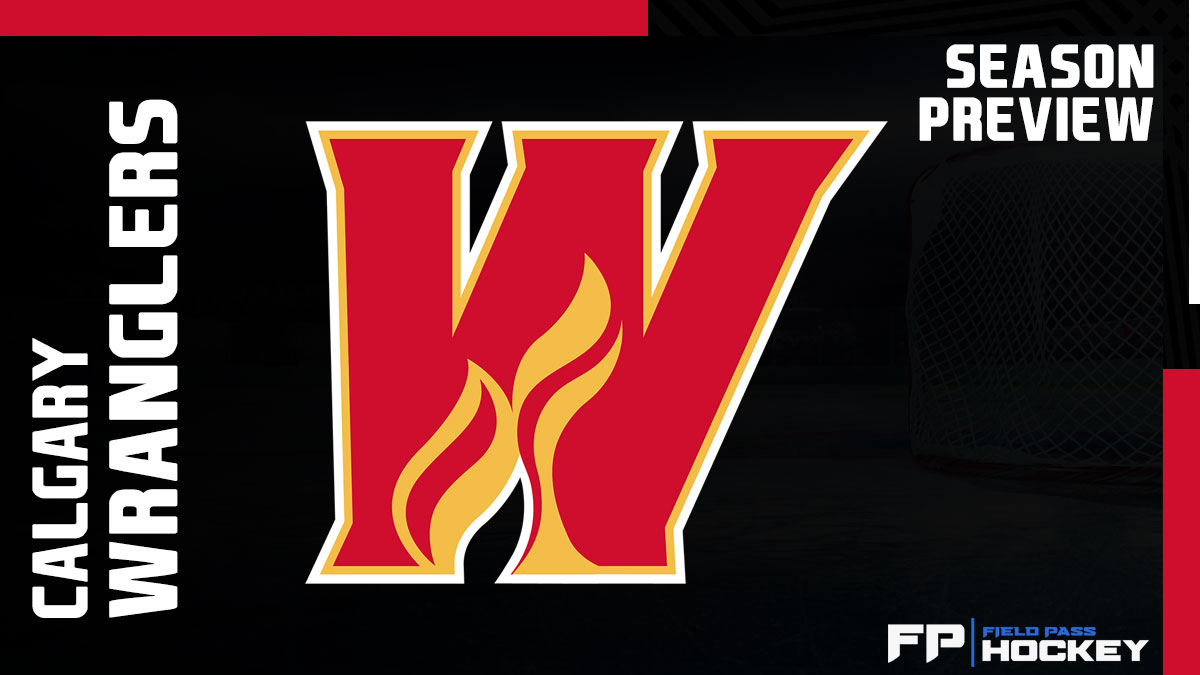 Excitement is in the air as the American Hockey League returns to the Stampede City. With Calgary’s affiliate relocating from Stockton, California to right in their own home in the Scotiabank Saddledome, the new Calgary Wranglers are looking to make some noise in the upcoming 2022-23 season after a spectacular last campaign in Stockton that saw several accolades adorning the franchise.

Unfortunately, there was one prize that eluded the Calgary affiliate: the Calder Cup. With an intact returning core from a team that stayed at the top of the league’s standing all season long, expectations are sky high for one of the newest teams in the league coming into a market starving for a winner.

Season Summary: The Stockton Heat were the class of the Pacific Division for the duration of the 2021-22 season. Trading the top two spots with the rival Ontario Reign early on, by January it was theirs alone at the top of the standings. Their dominance throughout a competitive division earned Head Coach Mitch Love coach of the year honors while rookie goaltender Dustin Wolf won the Aldege “Baz” Bastien Memorial Award as the AHL’s top goaltender with a 33-9-4 record to go with a 2.35 and a.924 save percentage. Wolf’s emergence as an elite talent led the way for Stockton: their defense-first attitude shut the door on high-powered teams in the postseason in the Bakersfield Condors and the Colorado Eagles to set up a date with the Chicago Wolves in the Western Conference Finals. The Wolves would defeat the Heat in a tightly contested six-game classic before hoisting the Calder Cup.

The Wranglers open up their season with another newcomer to the league: the Coachella Valley Firebirds. Seattle’s new affiliate comes into town on Sunday, October 16, for Calgary’s home opener. Calgary will be well acquainted with Coachella early on in the season with 6 games before the end of November. In fact, the Wranglers won’t see their old friends in the Ontario Reign until nearly Christmas when they matchup in a holiday series on December 20th and 21st.

While Calgary’s schedule is flooded with the usual names in the Pacific Division, this year they will see one rare opponent from outside of the division in the Manitoba Moose. On November 11th and 13th the Wranglers will visit Winnipeg, while December 13th and 15th they host the Moose in Calgary. The rest of the schedule features the same Pacific faces that the franchise has come to recognize: 12 games against the Abbotsford Canucks being far and away their most familiar opponent.

While November and February feature a favorable schedule for the Wranglers in terms of home games vs. road games, Calgary faces a difficult stretch to end their season: six straight road games in April to lead into the postseason. Hopefully for the Wranglers, they won’t have to be jostling for postseason positioning by this time. Should they find themselves needing points, they find themselves in a tough stretch at Coachella, San Diego, and then three straight in a hostile environment in Abbotsford.

New Stadium, New Feel: While not necessarily a new franchise, there is a certain exciting energy surrounding this team as they head in front of a hockey crazed fanbase in Alberta. Staying in the same home as their parent club has to prepare some of the players for the call-up to the Flames, and imagine another ‘C’ of Red for a postseason run. Stockton treated the team well, but these new layers of excitement have to be getting the guys in the lineup fired up. For one, getting away from the triple digit temperatures and cracking ice in the postseason is already a marked improvement going forward. The atmosphere is next to follow, and the best way to endear to friends is by providing a winning product.

One man Wolf pack: Dustin Wolf was an easy pick for goaltender of the year, and the young man is just getting started. With another year of experience under his belt and a strong team in front of him, Wolf’s got the inside track for another run at the Bastien award, and perhaps a dark horse at an MVP run. All eyes of the AHL world and the Calgary organization will be on him, asking how long until he forces the Flames’ management to give him a shot behind Jacob Markstrom?

Prediction Sure to Go Right:

Calgary stampedes through the Pacific Division again and claims the top spot. They have elite talent. They have depth. They have the goaltending. They are incredibly well coached. If anything, this could be a stronger team than last year’s that had their way with the division last year. With Colorado and Ontario losing big chunks of depth, Calgary could have the division wrapped up by February. As long as the Flames don’t have to dip into their depth and the Wranglers stay healthy, this is the squad to come out of the West.

Prediction Sure to Go Wrong:

Dustin Wolf becomes the first goaltender since Jason LaBarbera to win the ‘Baz’ Bastien Award twice, and the first to do so in back-to-back years. Behind the strength of the roster in front of him, it seems like the only thing in Wolf’s way would be a call-up to Calgary or the emergence of Yaroslav Askarov in Milwaukee. Some of the losses on the defensive end could bend those numbers just enough for Wolf to finish as a runner-up this year. Surely, Wolf wouldn’t mind trading this award in for a Calder Cup if he had the choice.