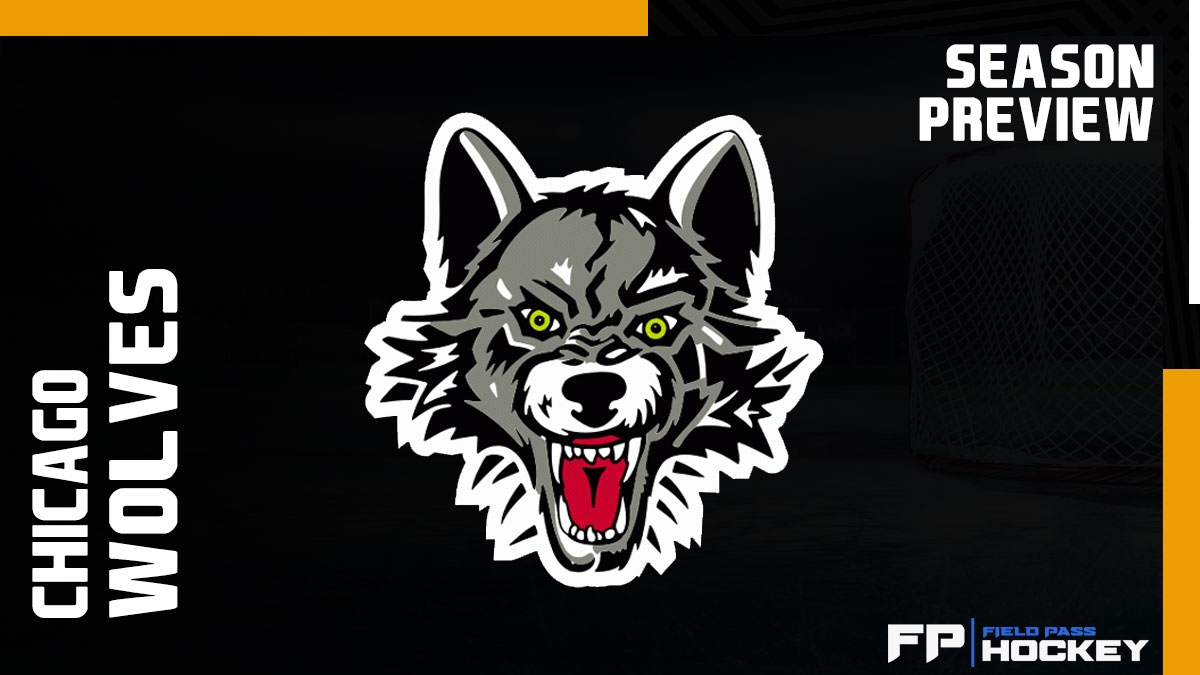 ROSEMONT, Ill. – When the final buzzer rang out in Game 5 of the Calder Cup Finals, one team stood alone on the summit of the American Hockey League season. The Chicago Wolves, owner of the regular season’s best record, marauded their way through four series of hockey with a single loss in regulation before their victorious hoisting of the Calder Cup.

When the celebrations ended, the vultures circled. The Wolves soon found the price of success in the AHL. With opportunities in the NHL and Europe knocking for numerous members of the team, the reigning champions found their lineup gutted from the inside out.

While the team’s makeup is to be considerably different than last year’s juggernaut, there is talent saturated through the roster combined with the experience of a championship that fosters the hunger for another. Make no mistake: while the record-breaking names no longer take to the ice at Allstate Arena, the 2022-2023 Chicago Wolves will not be an easy out for any team in front of them.

Season Summary: Putting it mildly, the Wolves were utterly dominant last year. They didn’t lose consecutive games in regulation all season. After taking the best record in the league on the last day of the season, the Wolves thrashed their in-state rivals in the Rockford IceHogs in a three-game sweep. They dismantled the Milwaukee Admirals in four games before a heavyweight faceoff with the Stockton Heat, whom they managed to defeat in a six-game thriller of a Western Conference Final. Their final test was the Eastern Conference Champion Springfield Thunderbirds, and after a Game 1 loss in overtime, the Wolves steamrolled Springfield over the next four games to claim the Calder Cup.

The Wolves begin with the banner raising of their championship season on Saturday, October 15 against a familiar foe in the Milwaukee Admirals. In fact, most of Chicago’s opponents this coming season are the usual suspects. Their in-state rivals in Rockford are the most common face on the schedule with a staggering twelve meetings all season long; a number shared along with the Admirals with both teams looking for revenge with improved rosters after last postseason.

However, there will be a new face for Wolves fans to see on the schedule, as Chicago will face off against the Tucson Roadrunners in a rare Pacific Division home-and-home. January 24 and 25 will see the Wolves heading to Arizona, while on February 25 and 26 Wolves fans can see the Roadrunners at Allstate Arena. The only other opponent outside the Central Division on the schedule is the Cleveland Monsters, with whom the Wolves will split eight games in four weekend sets between Ohio and Illinois.

The rest of the standard 72-game schedule will be split among Chicago’s Central division rivals in Manitoba, Grand Rapids, Iowa, and Texas. The 2022-23 schedule also features four school-day games: three at Allstate Arena with 11 a.m. CST starts and one in Milwaukee with a 10:30 a.m. CST puck drop. One piece of schedule trivia to wrap up: from October 15 to April 16, the Wolves don’t play a single Monday game in their regular season schedule.

Prediction Sure to Go Right:

Prediction Sure to Go Wrong:

The Chicago Wolves will repeat as Central Division champions. The exodus of talent may be alarming to Wolves’ fans, especially considering some of the build-ups in Rockford, Milwaukee, and Grand Rapids. The Carolina organization, however, prides itself in its depth at all positions. Several areas on the Wolves’ roster remain loaded with talent and, perhaps most importantly, championship experience. Along with a new coach that knows what it takes to rise to the top and win, this Wolves team won’t be going anywhere.