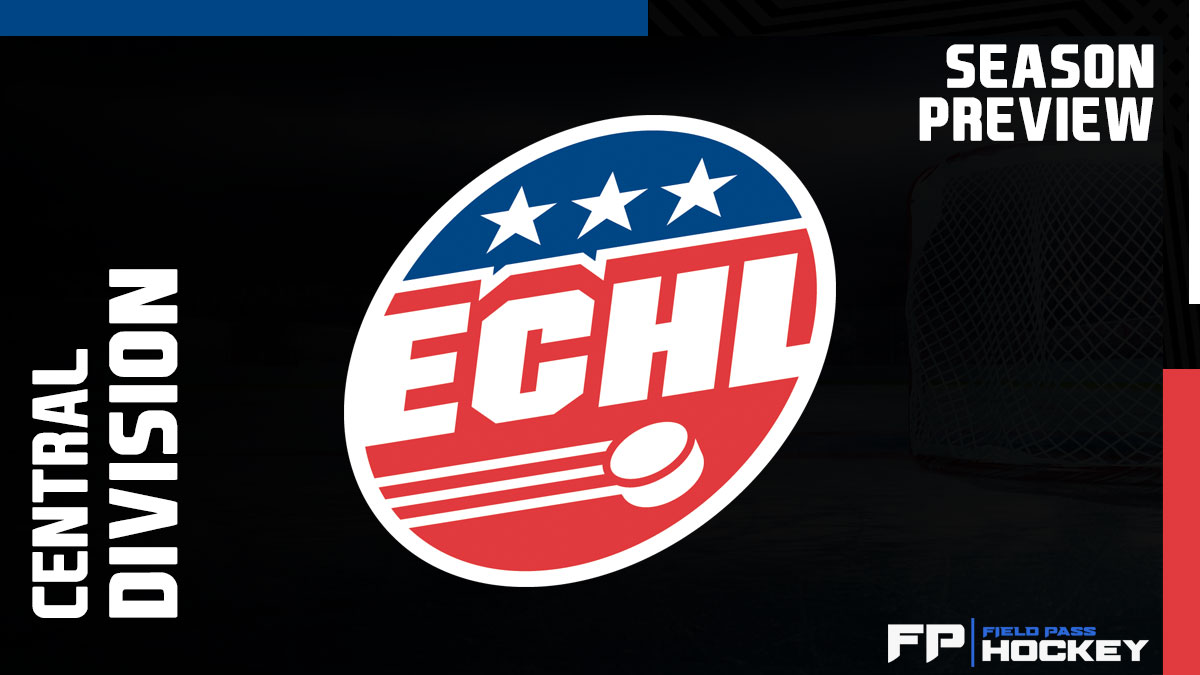 TOLEDO, Ohio – The ECHL’s 35th season is upon us, and it is one of change.  Every division is being affected by coaching changes, whether it be through promotion or a complete overhaul of the coaching staff.  In the Central Division, two teams will see new head coaches (Iowa Heartlanders and Kalamazoo Wings), both through promotions.

Another major change in the division is the departure of a well-known, longtime veteran presence from the Fort Wayne Komets.  While many teams are seeing their top players heading elsewhere, this one may be the most shocking.

In Central Division semifinal action, Toledo deleted Cincinnati in seven games, while Wheeling defeated Fort Wayne, also in seven games.  Toledo swept Wheeling 4-0 in the division final, then went on to defeat the Utah Grizzlies 4-1 in the Western Conference final.  The Florida Everblades defeated Toledo 4-1 in the Kelly Cup Final to capture the Cup.

Toledo: Captain TJ Hensick‘s absence will be felt this season.  His 78 points led the team in the regular season last year.  He also added 28 points in the playoffs.  Also missing from the roster is goaltender Billy Christopoulos.  He was stellar for Toledo last season, going 23-6-1-2, with a 2.58 GAA and 0.918 save percentage in the regular season.  Christopoulos also carried the team in the postseason, going 13-5-3, with a 2.48 GAA and 0.914 save percentage.  Though not on the same level as Hensick, newcomers Lukas Craggs and Thomas Ebbing should be valuable assets on offense.  Craggs split his time between Rochester and Cincinnati last season.  He picked up 31 points with the Cyclones, while Ebbing notched 54 points with the Reading Royals.

Fort Wayne: The Komets are losing forward Will Graber as he heads overseas for the 2022-23 season.  Graber led the team with 83 points (26 goals, 57 assists) last season.  The bigger loss will be Shawn Szydlowski, however.  Szydlowski heads to the Orlando Solar Bears this season.  He has spent parts of the past nine seasons with Fort Wayne, and has amassed 487 points with the Komets alone.  He also has 80 games of AHL experience.  In an attempt to offset the huge offensive losses during the offseason, Fort Wayne has brought in forward Brett Bulmer.  Bulmer had been playing in Europe since the 2018-19 season, and picked up 89 points last season.  He has experience in the ECHL (70 games), AHL (203 games), and NHL (17 games).

Wheeling: The Nailers lost offensive asset Matt Alfaro.  Alfaro averaged a point per game with Wheeling last season (20 points, 20 games) and earned call-ups to the AHL (Wilkes-Barre/Scranton, Manitoba, Abbotsford) totaling 36 games.  Former South Carolina Stingray Ryan Bednard should be an asset in net for the Nailers.  He appeared in the most games (35) and logged the most minutes (2073) for the Stingrays last season, with a 3.10 GAA and 0.900 save percentage.

Cincinnati: The Cyclones are losing their points leader from the 2021-22 season with the departure of Jesse Schultz.  The long-time Cincinnati forward has 290 total points with the team, with 71 coming last season.  He also led the team in goals (23) and assists (48).  The team will be getting defenseman Arvin Atwal back, however.  Atwal spent two seasons with the Florida Everblades, then went to Europe last season, where he picked up 25 points and 159 penalty minutes.  In his last season with Cincinnati (2018-19), Atwal picked up 39 points, 214 penalty minutes, and was +44.

Kalamazoo: The Wings lost longtime forward Tanner Sorenson when he went overseas in the offseason.  In five seasons with Kalamazoo, Sorenson had become a leader on and off the ice.  While with the team, Sorenson accumulated 218 points (87 goals, 131 assists).  The biggest addition for the Wings may be Joe Masonius, a defenseman who can put up points (28 last season) and who isn’t afraid to defend his teammates.  Masonius was the Adirondack Thunder representative at the 2022 ECHL All-Star game.

Iowa: The Heartlanders have lost their top two point-producers from last season.  Kris Bennett led the team with 73 points, and Ryan Kuffner followed with 64.  Both headed overseas in the offseason.  Forward Matthew Boucher will fill some of that offensive void.  Boucher has spent the past two seasons with the Utah Grizzlies, where he picked up a total of 75 points.  Last season, he served as an alternate captain for Utah and earned himself a call-up to the Colorado Eagles (AHL).

The Central Division teams will face one another anywhere from 6-15 times during the regular season.  Toledo faces both Indy and Iowa only six times each, while Indy and Kalamazoo face off the most often (15 games).

The ECHL’s newest team, the Savannah Ghost Pirates, will visit Fort Wayne for two games in October.  Fort Wayne also visits Savannah in a four-game road trip also including South Carolina and Atlanta.  Cincinnati is the only other Central team to face the Ghost Pirates, part of a three-game trip to Georgia.

Iowa has an all-Canadian trip coming in early December, as they travel to Trois-Rivieres for two games, then continue on to Newfoundland for three.

Other notable road trips include: Kalamazoo’s Florida trip in November; Indy’s visit to Wichita and Tulsa from November into December; Fort Wayne’s February trip to Allen; and Cincinnati’s visit to both Tulsa and Utah in March.

Departure of Szydlowski: After nine seasons in Fort Wayne, the longtime Komet is bringing his skills and leadership to the Orlando Solar Bears of the South Division.  Szydlowski had nearly 500 points (130 goals, 257 assists) with the Komets in regular season play and 78 points (27 goals, 51 assists) in the postseason, including 11 playoff points during Fort Wayne’s run to the Kelly Cup in 2021.