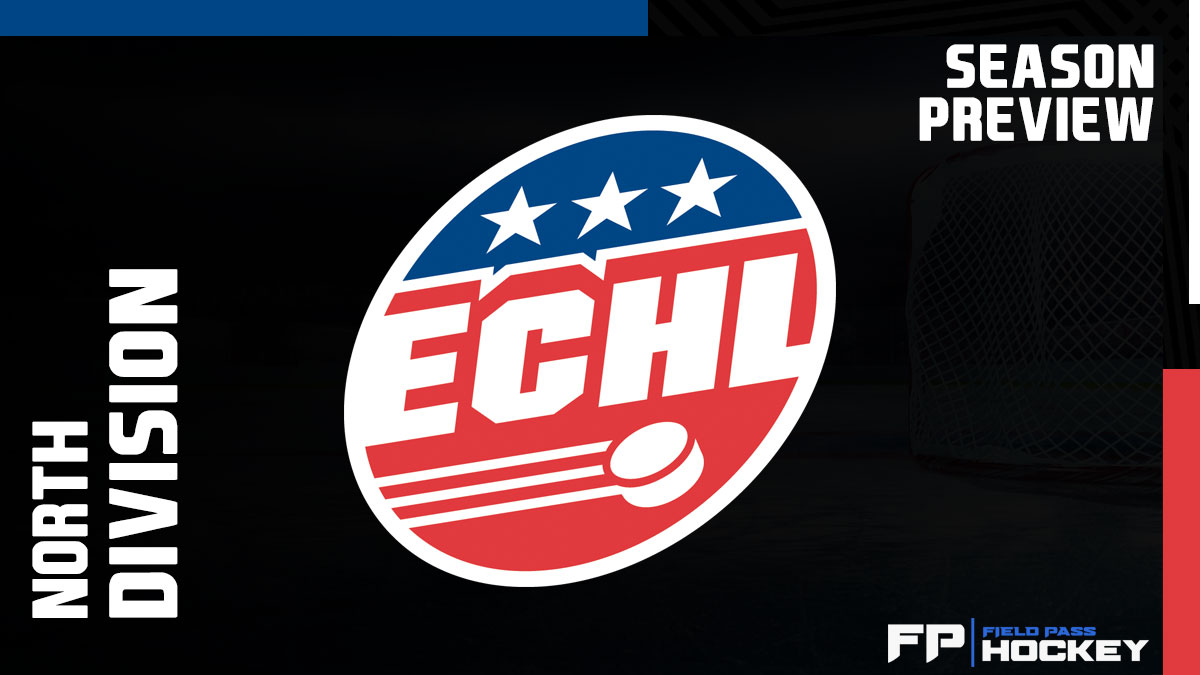 The ECHL’s North Division has undergone some major changes during the offseason, and will have a new look heading into the 2022-23 regular season

GLENS FALLS, N.Y. – The ECHL’s North Division has undergone some major changes during the offseason, and will have a new look heading into the 2022-23 regular season.  The Norfolk Admirals’ shift from the South Division to the North should have been the major story this year.  But some major coaching changes within the division stole the spotlight.

Reading: The Royals lost most of their team over the summer, including their top eight point-producers from the 2021-22 season.  The top two (Patrick Bajkov and Trevor Gooch) combined for 130 points in the regular season.  They did have a pair of solid additions in Trey Bradley and Alec Butcher, however. Bradley brings offensive skill (127 points in the ECHL and five in the AHL in three seasons) and leadership (Utah Grizzlies’ captain last year). Butcher should also provide some offensive spark (105 points in three pro seasons).

Newfoundland: The Growlers lost all their goaltenders in the offseason.  Keith Petruzzelli is perhaps the biggest loss.  The rookie carried his team in the playoffs, appearing in all 19 of Newfoundland’s postseason games.  A major addition to the team will be forward Zach Solow, who led the Florida Everblades in playoff points (18) on the way to their Kelly Cup championship.

Trois-Rivieres: The Lions are losing one Anthony but gaining another.  Anthony Nellis is now playing in Slovakia, and his point production (61 points) will be missed.  But Anthony Beauregard will be a solid replacement.  Beauregard led the Wichita Thunder with 71 points in 2020-21, en route to winning the league MVP award.

Maine: Like the Growlers, the Mariners lost their goaltenders over the summer.  Jeremy Brodeur, Callum Booth, Stefanos Lekkas, Zachary Bouthillier, all gone.  They are keeping much of their team, however, and forward Tim Doherty should be a valuable asset to the offense this season.  The native New Englander had 45 points with the Wheeling Nailers last season.

Worcester: Jordan Smotherman retired and became Worcester’s head coach.  Though his off-ice leadership will still be valued, his offensive talents will be sorely missed.  Smotherman led the team with 52 points last season.  The Railers have added Philip Beaulieu, a defenseman with an offensive spark (61 points in two years with the Allen Americans).

Adirondack: Captain Pete MacArthur retired to become Adirondack’s head coach.  The loss of MacArthur’s offense will hurt, but this move can also be considered a major gain for the Thunder, as he’s heavily invested in the team and the community.  On the ice, the biggest addition may be Noah Corson, sent down from the Utica Comets.  Corson is a scrappy player that will draw in the fans, but he also has the offensive talent to replace MacArthur’s.  Corson’s 55 points with Norfolk last season were good for second on the team.

In previous seasons, it was common to see North Division teams play one another 16 times in a year.  The addition of Norfolk has evened out the schedule for most teams.  For the most part, teams are facing each other 8-10 times.

Adirondack is the exception.  The Thunder will face Worcester 17 times and Trois-Rivieres 14 times this season.  They only face the Admirals five times, with one three-game trip to Norfolk in December.  Adirondack is only scheduled for five non-divisional games, two at home (Greenville, Atlanta) and three during a road trip to Florida in March (Orlando, Jacksonville).

In comparison, the rest of the division sees anywhere from 11-20 non-divisional games during the season.

Worcester has 11, eight at home and three on a southern road trip (South Carolina, Jacksonville, Savannah).

Maine and Newfoundland each have 12.  The Mariners will face Atlanta and Tulsa at home, and will have one southern trip (Orlando, Atlanta, South Carolina), plus a three-game set in Idaho.  The Growlers will host Iowa for three games, and will have three non-divisional road trips: Toledo and Kalamazoo in December, Cincinnati in January, and Florida in March.

Reading and Norfolk see the most action outside the North Division, with 17 and 20 games, respectively.  Reading hosts Indy, Allen, Atlanta, and Wheeling for a total of 11 home games.  They also have five games in Wheeling and one in Toledo.  Norfolk faces their former division eight times, with five of those coming on the road (South Carolina, Greenville, Atlanta).  They also face the Central Division 12 times, with eight against Wheeling.

Adirondack is the only North Division team who will not face a team from the Western Conference during the regular season.

Norfolk to the North: The division adds a new member this season as the Admirals make the move to the North.  With the addition of the Savannah Ghost Pirates, the South would have two more teams than the North.