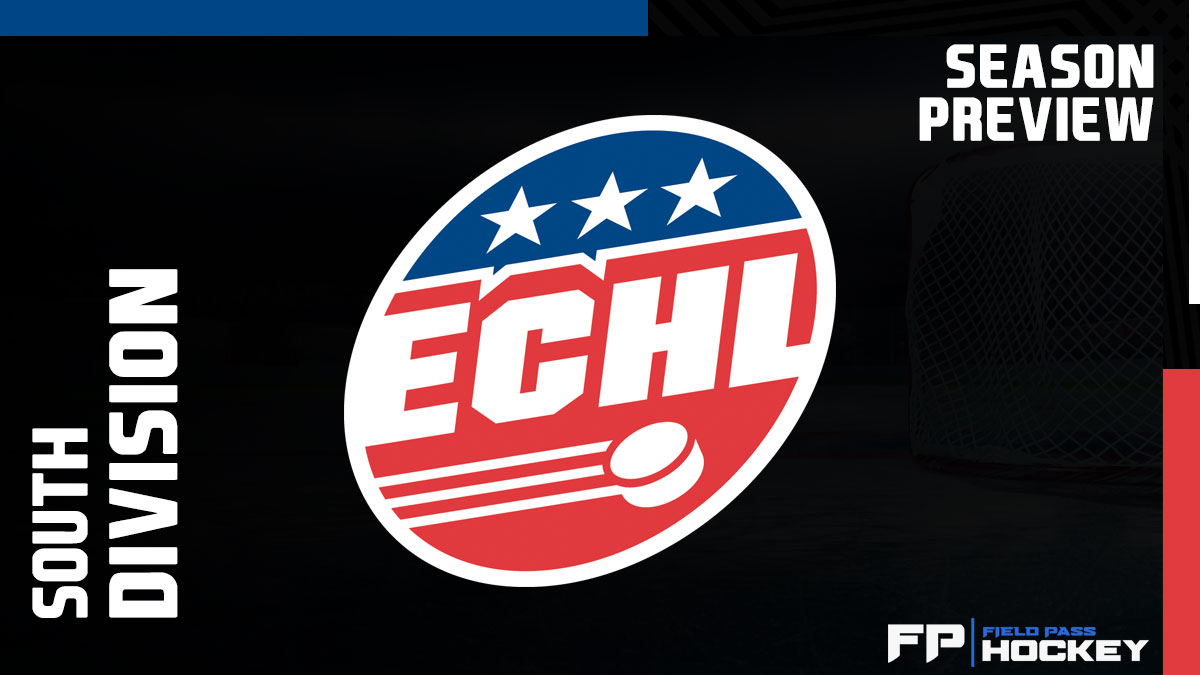 ESTERO, FL – The South Division has been quite busy since the end of the 2021-22 regular season.  The biggest news of the postseason was the Florida Everblades winning the Kelly Cup.  There have been some major changes within the division since then as well.  The biggest was the addition of a team in Georgia, the Savannah Ghost Pirates.  In turn, the Norfolk Admirals made the move to the North Division.  There was also a coaching change in Orlando to top off the summer.

In the South Division Semifinals, Florida defeated Greenville 4-2, while Jacksonville swept Atlanta 4-0.  Florida then swept Jacksonville 4-0 to move on to the Eastern Conference Final, where they defeated the Newfoundland Growlers 4-1.  Florida went on to defeat the Toledo Walleye 4-1 in the ECHL final to win the Kelly Cup.

Florida: Forward John McCarron will be missed, both on and off the ice.  The Everblades’ longtime captain was tied for the team lead in points last season with 70, and added another 16 points in the postseason on the way to the Kelly Cup championship.  Florida will be getting two talented rookies in forward Xavier Cormier and defenseman Nathan Staios, both assigned by NHL affiliate Florida Panthers.  Cormier led the Rimouski Oceanic (QMJHL) with 68 points last season, while Staios led the Hamilton Bulldogs (OHL) defense with 66 points.

Atlanta: Longtime Gladiators captain Derek Nesbitt retired after last season.  With almost 300 points in the past six seasons with Atlanta (51 last season), Nesbitt’s offensive capabilities will certainly be missed, but more than that, his leadership.  Newcomer Kaid Oliver can help fill the offensive void.  He picked up 50 points as a rookie with the Iowa Heartlanders last season.

Jacksonville: The Icemen are losing their top two point-producers from last season.  Craig Martin and Abbott Girduckis combined for over 100 points in the regular season (Martin with 60, Girduckis with 46).  Both are playing in Slovakia this season.  Forward Matt Salhany can provide the offensive spark needed to replace them.  Salhany had 93 points in his two seasons with Adirondack.  Parker Gahagen will be a huge asset in net.  He went 20-10-2-1, with a 2.32 GAA and 0.916 save percentage, with Florida last season.

Orlando: When Aaron Luchuk headed overseas, the Solar Bears lost a leader and top three point-producer.  Last season’s alternate captain had 41 points in 31 games with Orlando and four points in 15 games with the Hartford Wolf Pack.  Shawn Szydlowski was the team’s biggest signing in the offseason.  Szydlowski has spent parts of the past nine seasons with the Fort Wayne Komets, and brings veteran leadership to the Solar Bears, not to mention his offensive skill (487 points with Fort Wayne alone).  He also has AHL experience (80 games).

Savannah: Savannah’s most promising players are those sent down by Vegas and Henderson.  Defenseman Connor Corcoran had 37 points with the Fort Wayne Komets and seven with the Henderson Silver Knights last season.  Rookie forward Patrick Guay amassed 104 points with the Charlottetown Islanders (QMJHL) last season and should be an offensive boost to the new team.

Each team plays one another from 6-15 times during the regular season.  Florida and Greenville face off the fewest times, while Savannah and Greenville meet the most often.

Aside from the expected visits from the Admirals, the South Division will host a slew of other teams as well.  Five teams from the Western Conference make visits (Cincinnati, Fort Wayne, Kalamazoo, Kansas City, Utah).  The only North Division team that does not visit the South is Reading.

Atlanta, Florida, Greenville, Orlando, and South Carolina all have road trips to the North.  Greenville, Jacksonville, Savannah, and South Carolina will each visit the Central Division.  Florida and Savannah each have three-game road trips to Allen.  Jacksonville travels to Tulsa for two games in December.  Orlando heads to Idaho for a three-game set in March.

New Team in Georgia: With the addition of Savannah, the state of Georgia now has two teams (the other being Atlanta).  The new team’s first head coach is long-time Union College coach Rick Bennett.  His assistant will be former Adirondack head coach Alex Loh.