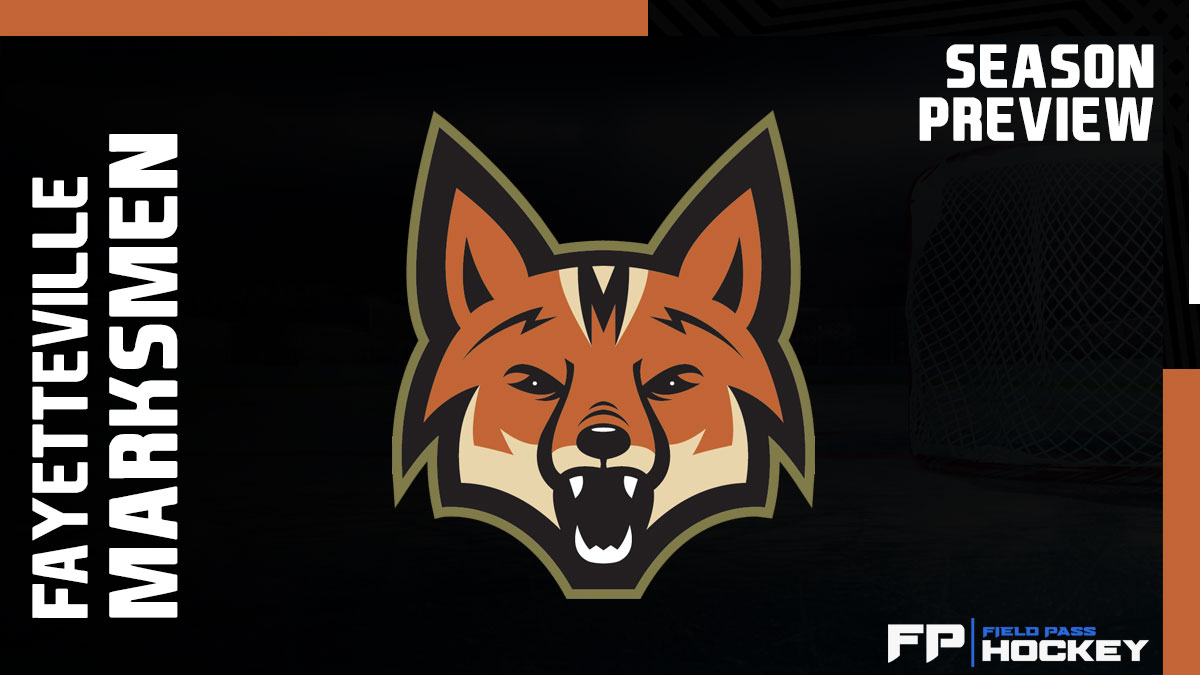 FAYETTEVILLE, NC. – The days prior to COVID-19 are likely a blur for many. But in the days before everything changed forever in the spring of 2020, Fayetteville was among the SPHL’s top teams. The Marksmen last season under new head coach Cory Melkert showed that the pre-COVID year was no blip on the radar, being consistently among the league’s top teams in multiple areas before ultimately being edged in the postseason by Quad City. Now, with a good part of that proven talent poised to return, another step forward is being envisioned in “The All-American City.”

Record & Playoff Appearance: 40-14-2, finishing fourth in the regular season standings and lost in the first round of the President’s Cup Playoffs to Quad City.

Season Summary: Offensively, Fayetteville was stout with nine players having 35 points or more. That, combined with goalies Brent Moran and Jake Pawloski consistently put the Marksmen among the top half of the league and in position for home ice in the first round of the President’s Cup Playoffs.

A strong start to the season was followed up in December with six of nine wins. Being in good position within the standings going into January is key in the SPHL, and the case was no different for the Marksmen, who also made a lot of hay against two frequent opponents – Macon and Roanoke. Fayetteville was undefeated against the Mayhem and going 8-4 against the rival Rail Yard Dawgs, going 8-4, winning the final seven meetings. Good teams win games they are supposed to win, and beating two teams that finished eighth or worse greatly helped the Marksmen. Also helping the cause was a late-January to early-February run of nine wins in a row. While that was the longest streak in the season, it helped follow up a quick start to the season as Fayetteville did what any team wants to do – find itself in position to content for a regular-season title in March.

Leading Scorer: Taylor Best was a pest to opposing game plans, having 51 points on 22 goals and 19 assists. His plus-minus of 29 rated sixth overall in the SPHL, one behind that of one of his teammates, defenseman Jarrett Kup who tied for fourth in the same category with 32. Kup wasn’t the only defensemen leading the two-way efforts as Donald Olivieri’s 46 points were second on the team with 35-plus point seasons also coming from Drake Glover, Taylor McCloy and Shane Bednard.

Bryan Moore brought a brusing mentality last year, using his years of hockey experience to set a physical tone and as shown by his 138 penalty minutes, delighted Fayetteville fans, as well. In the event that the Marksmen go into the season minus both Moore and Olivieri, there’ll be a need for someone to set that physical tone.

The Fayetteville-Roanoke rivalry resumes in a big way out of the game with the Marksmen schedule calling for four matchups against the Railyard Dawgs in their first six games. If you are into revenge games, keep an eye on the schedule starting late-December. Not only does Quad City visit on Dec 31, but the Marksmen go to Illinois for a three-game set Jan. 6-8 in a rematch of last year’s postseason series. Another northern team comes calling in late January with the defending President’s Cup Champion Peoria at the Crown Coliseum Jan. 27-29. Between that and a two-game series Feb. 3-4 at Evansville, a lot should be known about how this team stacks up against the league’s other top teams.

In the final weeks of the season, Fayetteville was right there in position to win a regular-season title. That’s obviously, what any team wants, but the fourth-place finish plus first-round exit likely left a bad taste in Fayetteville’s mouth and should serve as a driving point this season.

The case can be made that Fayetteville had one of the league’s top goalie tandems last season in Brent Moran and Jake Pawloski with both ranking among the league’s top-five qualified goalies with GAAs of less than 2.36. Sure, this team has lots of guys on the ice with scoring ability, but this goalie play, regardless of who ends up in net, continuing as it did last year may be the difference between Fayetteville being good and great.

Last year, Fayetteville got a clean sweep of the season series with Macon. The margin of goals for and against won’t be anywhere near as wide, but Fayetteville will do the same again win/loss wise.