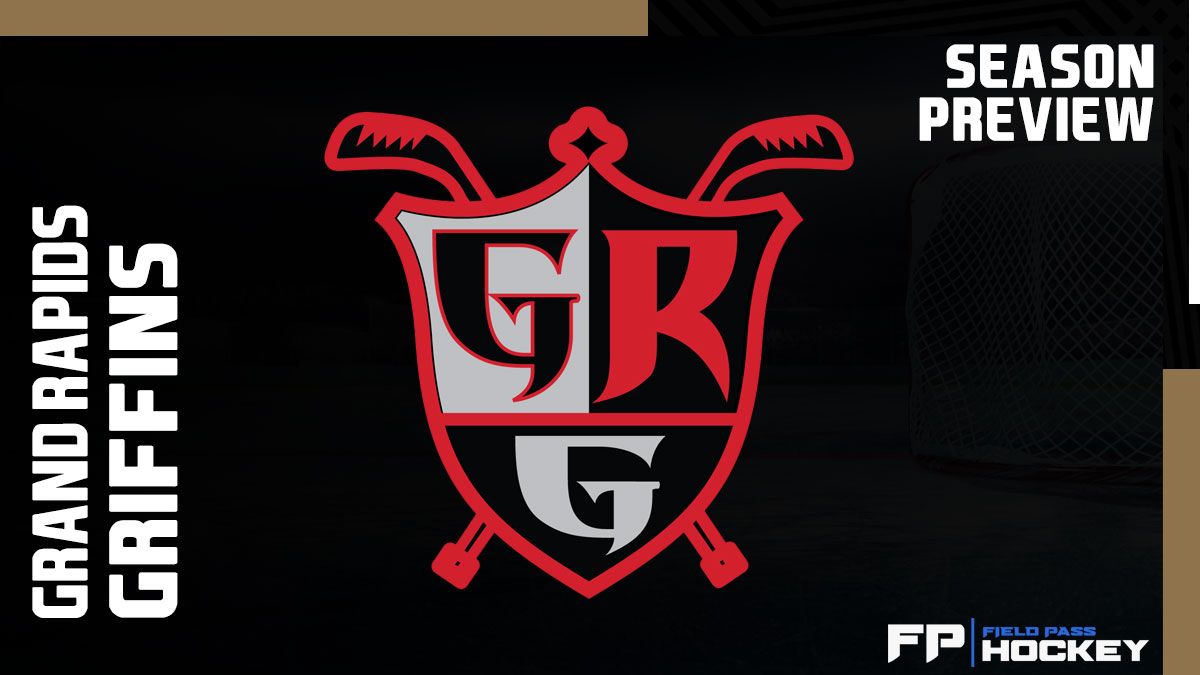 GRAND RAPIDS, Mich. – The 2021-22 season was a rocky one for the Grand Rapids Griffins – the promise of a perennial playoff contender returning to postseason prominence was quickly derailed following a disastrous west coast road trip and amplified by a rash of injuries. When the dust finally settled, the Griffins found themselves in the basement of the Central looking up at the rest of the division.

In the shadow of a season lost, however, the Griffins coaching staff and management sees the light. With a core of tried and tested veterans surrounded by an infusion of talented prospects into the lineup, Grand Rapids has its eyes set on a return to meaningful hockey in April and May in western Michigan.

Season Summary: Consistency – or lack thereof – was the name of the game for the Griffins in 21/22. After a slump out of the gate put them into an early hole, the Griffins battled back into playoff position until about mid-March. Between a brutal road trip in California, the loss of top defenseman Ryan Murphy to injury and the loss of top goaltender Calvin Pickard to call-up, the Griffins struggled to maintain their position down the stretch. Compounded with the loss of their depth that they could ill afford with more call-ups to their parent club in Detroit and a heavy dose of the Chicago Wolves, who won 9 out of 10 contests in the season series, the Griffins saw their season sink to the bottom of the standings in the Central Division.

The Griffins kick their season off with a bit of a strange matchup, opening up as hosts to the Pacific Division’s San Diego Gulls for a weekend series beginning Friday, October 14th. After their first three games of the season take place at Van Andel Arena, ten of the next thirteen Griffins games take place on the road – a difficult early test to determine the mettle of this team.

While the Griffins see a heavy dose of the usual Central Division suspects, there will also be a healthy mix of opponents outside of their division. The Toronto Marlies and Cleveland Monsters are more of those familiar outside faces that the Griffins saw plenty of last year. New friends outside of San Diego include the Hartford Wolfpack and the reigning Eastern Conference Champion Springfield Thunderbirds. These Atlantic Division teams will have singular home-and-home games with the Griffins, while the Marlies, Gulls, and Monsters have lengthier series of at least four games total.

There will also be plenty of opportunity for revenge against the division’s top dog: after losing 9 out of 10 against the Chicago Wolves last season, the Griffins have another ten games against the reigning league champions to perhaps exact some payback. While the middle of the Grand Rapids schedule is heavy on home games at Van Andel, five of their last six of the season are again on the road. This could be a huge factor in determining playoff position in the division.

How Swede It Is: The brightest gazes and uncoincidentally the heaviest hype comes from the Swedish stars of this team: Berggren and Edvinsson. Berggren’s phenomenal rookie season will be looking for an encore to really elevate this team to the next level, while Edvinsson’s development into the next blue line stud to potentially play behind Seider on the parent club in the near future will be followed step-by-step from Detroit’s staff to media pundits. Don’t forget Albert Johannson either: another gifted blue liner with the ability to move the puck in a manner sorely missed last season.

Special Teams: Last season, both Grand Rapids’ powerplay and penalty killing finished in the bottom-five of the AHL. That cannot be acceptable for the team to return to the playoffs. With new faces and new personnel to man each unit, head coach Ben Simon will have different combinations to attack teams with and, hopefully, pull up some of these abysmal numbers into a respectable field to get the team back into playoff contention.

Battle of the Net: Olkinuora’s play in these past Olympics and in European leagues earned him an NHL contract. Brattstrom’s second half of the season earned him the confidence of the coaching staff to be depended on as the guy. Cossa’s potential reaches the sky and beyond. Who will be consistent enough this season to take hold of that starter’s crease?

Prediction Sure to go Right:

The Griffins return to the playoffs. While Milwaukee looks like a force, the juggernaut of the Chicago Wolves has been thoroughly picked apart. Elsewhere, none of the Central Division teams look to pull away from the pack. An infusion of youthful talent and savvy veteran presences should bring postseason games back to Van Andel Arena.

Prediction Sure to go Wrong:

Simon Edvinsson wins AHL rookie of the year. The talent is there and he could easily pull off a repeat performance of what had him win the award in the SHL. The pieces around Edvinsson need to come together for him to have success and, as is always true with this league, the parent club needs to stay healthy to allow the Griffins lineup to stay intact and compete for a top spot in the Central Division with Edvinsson leading the way.