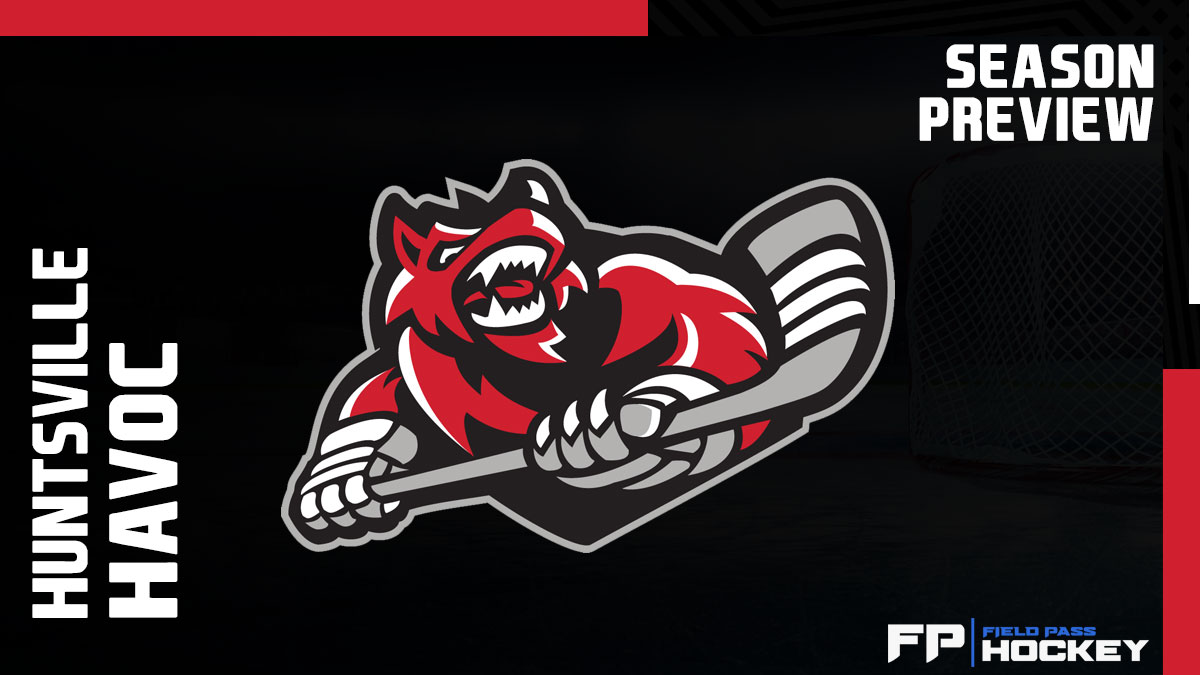 It’s safe to say that the Huntsville Havoc are coming into the 2022-23 season with some unfinished business.

HUNTSVILLE, Ala. – It’s safe to say that the Huntsville Havoc are coming into the 2022-23 season with some unfinished business. The Havoc seem to be primed to start the season off red hot, just as they did last year when they won a league record 12 straight to start the season. There have been some slight roster changes to the team in the offseason, but it is safe to assume that the Havoc have their eyes set on winning a fourth President’s Cup championship this season, especially after the recent announcement that long-time head coach Glenn Detulleo will step down from coaching at the season’s conclusion.

Season Summary: The Havoc had one of the best regular seasons in league history last season and was powered by a high-scoring offense. Veterans Sy Nutkevitch, Jacob Barber, and Tyler Piacentini led the way offensively. The trio was responsible for 80 goals, and that’s not including Rob Darrar‘s 27 goals. They also had the SPHL goaltender of the year in Hunter Vorva, who ended the season with an astounding 1.93 GAA and a .934 save percentage. They closed out the regular season by sweeping in-state rival the Birmingham Bulls on the final weekend, outscoring the Bulls 13-2.

They made easy work of the Evansville Thunderbolts in the first round of the playoffs, winning the series 2-0. Their season ended with a thud, getting swept by Roanoke and being shut out in game two by a score of 2-0. Roanoke’s physical play just proved to be too much for the high-powered offense of the Havoc.

Stats: 10-year veteran Sy Nutkevitch led the team in scoring with 70 points (25 goals, 45 assists). This was good enough for third overall in the SPHL. Coming in second in scoring was Barber, who accumulated 60 points (29 goals, 34 assists).

The Havoc had 194 goals last season, which put them fourth overall in the league for scoring, and they only allowed 124 goals against, which was the best in the SPHL.

Key Acquisitions: There was not a lot of roster turnover on this team from last season. The most significant move during the off-season was keeping the core together. Tyler Piacentini, Sy Nutkevitch, Rob Darrar, Cole Reginato, and Jacob Barber all re-signed with the team. The Havoc did bring in a rookie goaltender to complement Vorva in Nicholas Latinovich, who is a big body in net, standing 6-foot-3 and weighing in at 205 lbs. During his senior season at Salve Regina University, he went 13-7-2, posting a .930 save percentage.

Key Losses: The biggest loss to the Havoc this offseason is a defenseman, Nolan Kaiser, who has been a staple on the Havoc blue line for the past seven seasons. His lockdown abilities and his massive slapshot from the point will be missed, saying nothing of the veteran leadership he provided. On the offensive side of the puck, the Havoc has lost Bauer Neudecker, who is playing this season in Europe. Neudecker played 35 games with the Havoc last season, posting 33 points (17 goals, 16 assists). His natural scoring touch is going to be missed this season.

The Havoc will open the season up with back-to-back road games in both Pensacola and Macon before returning home against the Birmingham Bulls. The Havoc will face the Pensacola Ice Flyers the most, playing ten times during the regular season. They will close out the season on the road in Quad City, which is the only time the two teams meet during the regular season. Every team in the league will visit Huntsville at least once, except for the Storm.

The biggest road trip of the season happens at the end of February, where the Havoc will play four straight road games before returning home on March 10 to face the Rail Yard Dawgs. This road trip will come off the biggest home stand of the season, where the Havoc plays six straight on the Roto-Rooter Ice as Propst Arena starting on February 3. If you’re wondering how long the Havoc has to wait to try and get a little revenge on the Rail Yard Dawgs after last season post season loss, the first matchup is slated for November 8 in Huntsville.

Can this veteran team make it all the way this season? Many players on this roster have been a part of a championship season. With that said, this roster has played a lot of hockey over the past four years. Do they have one more big run in them? Based on last season’s performance, I would have to say yes. You also have to consider that this is Detulleo’s final season before he moves into a front-office position. It’s easy to assume the team wants to send the coach off with a third President’s Cup Trophy.

The Havoc make the President’s Cup Finals. Not much of a stretch here, they were on the doorstep last season, and the roster has not changed a whole lot. What’s to say they can’t find another gear and return to the finals for the third time in the past six seasons?

Huntsville will have a player reach the 100-point mark. In 56 games, this is a challenging task for any player. It’s only been achieved three times in the history of the league. It was done by Kevin Swider of the Knoxville Ice Bears. Not impossible, though, and there are players on this roster that can accomplish this task.