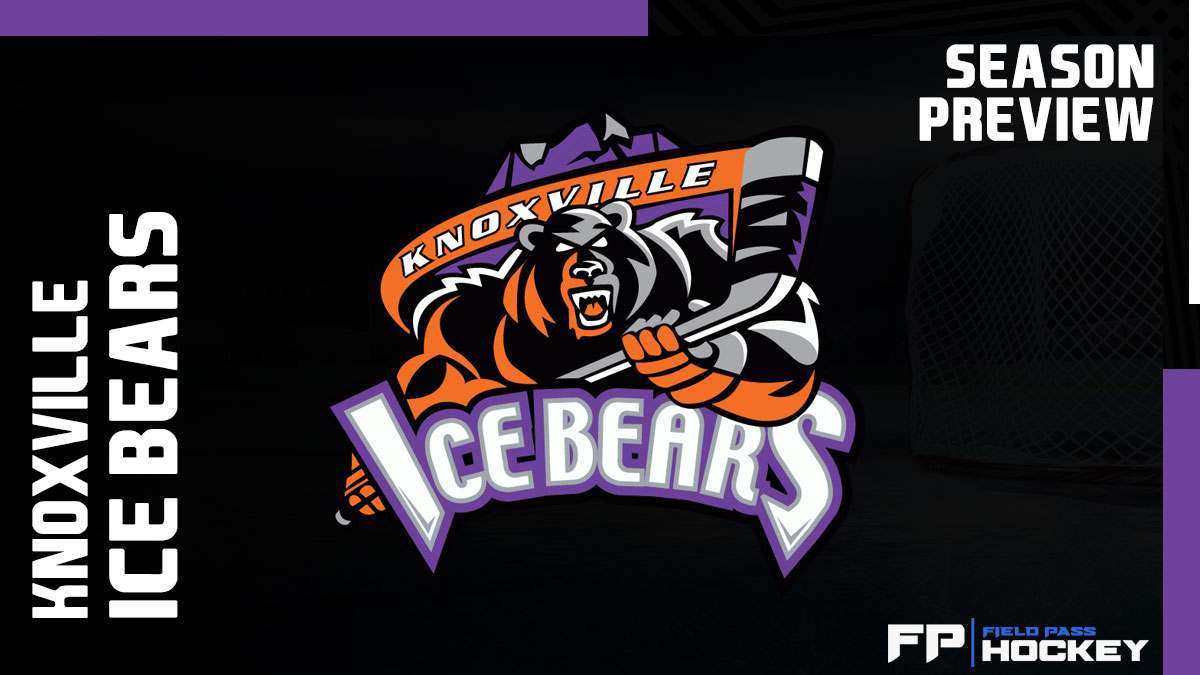 Knoxville, Tenn– A new era has begun in Ice Bears hockey. Jeff Carr has been a staple behind the bench for Knoxville for the past five years. This past August, things changed. He stepped down as head coach to take an assistant coach position with the Norfolk Admirals of the ECHL. His successor is no pushover, though. Brent Clarke has become the seventh coach in Ice Bears’ history. Clarke is coming off a season where he led the Watertown Wolves to an FPHL championship. It was his second championship in the FPHL as a head coach. Clarke also has an SPHL championship under his belt as a member of the 2012-13 Pensacola Ice Flyers. Before heading back to Watertown last season as the head coach Clarke was an assistant coach to Carr for the Ice Bears during the 2020-21 season.

Record & Playoff Appearance: 42-10-2-2 (First in the SPHL). Knoxville lost in the first round of the playoffs to the Roanoke Rail Yard Dawgs 2-1.

Season Summary: On the Ice Bears’ path to the William B. Coffey Trophy last year, they broke both a franchise and league record for most wins in a single season. They headed into the playoffs with a full head of steam but ran into a team everyone said had no chance in the playoffs, the Roanoke Rail Yard Dawgs. They went up 1-0 in the series after taking down Roanoke 4-1 before dropping the next two games by a combined score of 8-2. It was a disappointing end to such a great season, to say the least. The Ice Bears battled all season through injury and call-ups. They were the definition of “next man up.”

Knoxville finished the regular season with a league-leading 220 goals for while allowing 136 goals against. That was good enough for third overall in the league.

The Ice Bears also had the third-best power play in the SPHL at a 22.7% success rate. The penalty kill was also excellent all season at 87.7%, which put them second overall in the league behind the Peoria Rivermen.

Key Acquisitions: Dean Balsamo is back for another season with the Ice Bears. He scored 58 points in 46 games last season (27 goals, 31 assists). That was good enough to lead the team in goals and put him second overall in scoring. Look for him to continue to light the lamp in his third professional season. Also, don’t be surprised to see him step into a leadership role this season with a vacancy in the captaincy. Another key player from this past season is returning, Razmuz Waxin-Engback. The 28-year-old Swedish-born player was a big part of the offense last season, putting up 54 points (22 goals. 32 assists) in his rookie season. Look for him to take the next step in his sophomore season.

Last but not least goaltender Jimmy Poreda is slated to return this season. He played in 17 games with the Ice Bears last season before getting called up to the ECHL. He posted an impressive .927 save percentage in those 17 games and was the team’s backbone when he was on the ice.

Key Losses: The most significant loss to the team is losing the head coach Jeff Carr. This isn’t taking anything away from Clarke but losing the guy that’s been behind the bench for the past five seasons posting a 151-83-24 record, is a significant blow to the team. The Ice Bears also lost a huge piece in defensemen Jason Price. Price was the SPHL’s defenseman of the year this past season. He finished the season at a plus-minus rating of +46. He also finished the year with 46 points (11 goals, 35 assists). It will be a challenging task to replace the veteran leadership along with the on-ice play of a defenseman of this caliber.

Another key loss to the team is losing captain Stefan Brucato. Brucato has spent his entire SPHL career as a member of the Ice Bears before signing with the Birmingham Bulls this past offseason. He scored 38 points last season (14 goals, 24 assists). It is always challenging to replace the captain, but the Ice Bears have faced an offseason where they had to replace the head coach and team captain all at once. Lastly, how can we leave out Stepan Timofeyev, his clutch plays and ability to score goals from all over the ice will be missed this season.

Knoxville is set to open up the season at home against the Evansville Thunderbolts. After raising the regular season championship banner to the rafters at the Knoxville Civic Coliseum, the team will head to Evansville to complete a home-and-home series to open the season against the Thunderbolts. The Ice Bears will see a lot of the team that knocked them out of the playoffs in the first round last season, facing Roanoke nine times throughout the season. The first match-up will take place at home on November 5. The Ice Bears’ longest road trip takes place in December when they travel for six consecutive games from December 4 through the 17th. They also have an extended road home stand that spans over seven games from January 19 through February 10.

No doubt about it, the top story coming into this season will be, can coach Clarke continue the success that this franchise has held on to for so long? The Ice Bears are the only team in the league that has never missed the playoffs since the inception of the SPHL. As stated before, Clarke has a championship pedigree. Now it’s time to see if he can make it happen in the SPHL as a head coach. Another story to keep an eye on is the roster turnover. This team will have a much different look, with many players moving on to either other teams or retiring. Can this group replicate what we saw happen last year in Knoxville?

Let’s not kid anyone here; the Ice Bears will make the playoffs and continue the playoff appearance streak.

The Ice Bears will go 9-0 against the Rail Yard Dawgs in the regular season. There are still players on this roster that were a part of the team last season, and they still feel the sting of a first-round exit. However, it’s challenging to take down the same squad nine times in a single season.