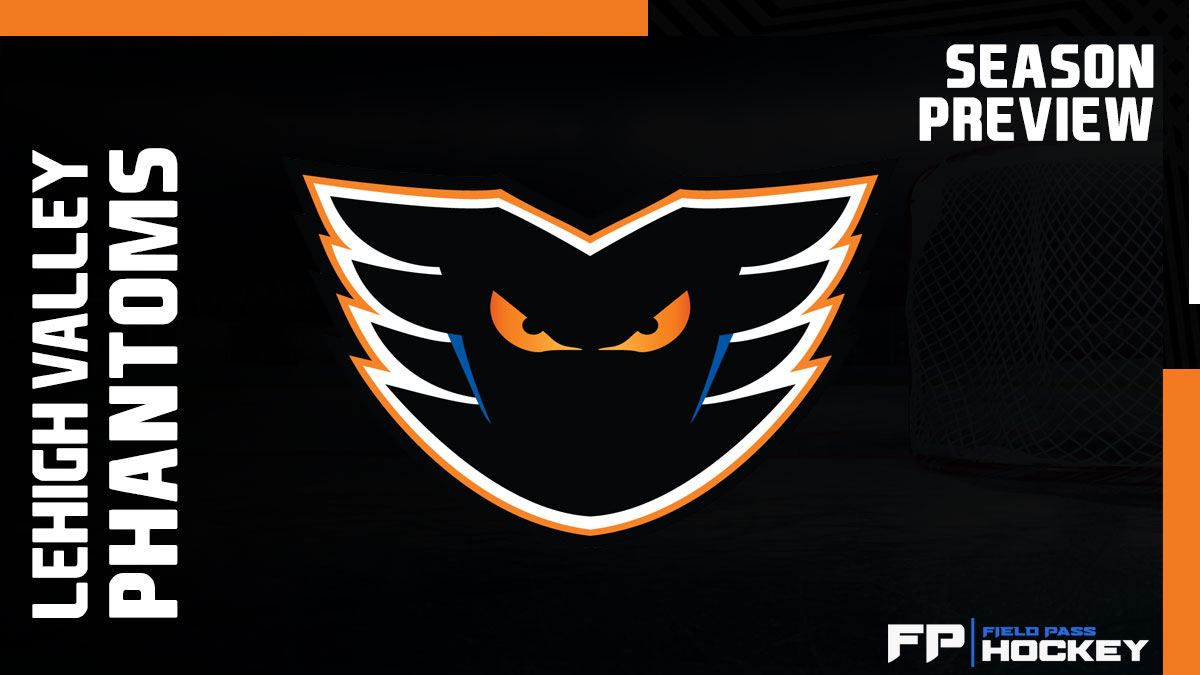 ALLENTOWN, Pa. – The Lehigh Valley Phantoms are loading up for a new season in 2022-23 and look to get back to their winning ways after missing out on the playoffs last season. Familiar names and some new faces signed over the summer should make for an interesting year in Allentown, but the looming shadow of issues surrounding their NHL affiliate in Philadelphia should be a constant backdrop for the year. Philadelphia is limping into the season down a few regulars and even more gingerly walking into the start of the year, and new head coach John Tortorella’s dedication to playing the team’s youth may see Lehigh Valley as a revolving door for the organization’s prospects. However, a solid veteran core should help provide stability down the lineup and hopefully help the Phantoms contend for a playoff berth in the spring.

LAST SEASON IN REVIEW: The Phantoms finished last in the Atlantic Division, only narrowly missing out on the sixth playoff spot with a record of 29-32-10-5 for 73 points and a 0.480 points percentage. The Phantoms were led by returning captain Cal O’Reilly with 53 points (21 goals, 32 assists) in 75 games played. The Phantoms finished 30th in the league in goals for with 195, 25th in the league in goals against at 239, and had the worst power play in the American Hockey League at just 13.8 percent efficiency. Conversely, Lehigh Valley’s penalty kill was their strong suit at seventh best in the league at 82.5 percent success. The Phantoms’ inability to score put them at a disadvantage on most nights, and losing many of their top scorers to recall hurt them in the long run.

OFFSEASON MOVES: The Phantoms have a mixture of free agent signings and top prospects of the Flyers joining them this season. The team got an upgrade in goal with the acquisition of Troy Grosenick, a stellar AHL netminder with the Providence Bruins a year ago. He figures to potentially earn NHL time as the third goalie if one of Philly’s top pair, including Felix Sandstrom, sustains an injury. Among their top acquisitions, Jordy Bellerive expects to contribute on offense after switching sides in the Pennsylvania rivalry between the Phantoms and the Wilkes-Barre/Scranton Penguins after a career year in 2021-22; Louis Belpedio joins the Phantoms after helping Laval to the Eastern Conference Final. Cooper Marody returns to the team that drafted him after exceeding 20 goals last season. Among significant losses are defenseman Adam Clendening, who was among the top point producers in the AHL from the back end a year ago, and Logan Day departed in free agency. The loss of Sandstrom to recall will hurt the Phantoms between the pipes, as the Flyers elected to promote from within to supplement Carter Hart. The biggest issue for the Phantoms will hinge on who isn’t there that should be there, with the Flyers looking to play more kids like the Cates brothers, Hayden Hodgson, Wade Allison, Tanner Laczynski, or Tyson Foerster.

2022-23 SCHEDULE BREAKDOWN: The Phantoms play a varied schedule with many familiar staples, including 14 games against the Hershey Bears and 12 games with the Wilkes-Barre/Scranton Penguins, heating up the Pennsylvania rivalry series for another season. The Phantoms open up their season with a pair of road games against those two teams, in Wilkes-Barre on October 15 and in Hershey on October 16. The home cooking will start the following weekend with the team hosting the Cleveland Monsters for the only time this season. Lehigh Valley’s longest homestand is five games from late January to early February, while their longest road swing is a pair of four-game trips in mid-November and late January. Just four sets of three games in as many nights for the team is a nice deviation, although the Phantoms play many Wednesday games to make up for this. Lehigh Valley’s busiest month is December, with 13 games, including a New Year’s Eve clash with the Penguins. The Phantoms close out the year in the same way as it will begin with a game against the Bears at Giant Center on April 15, with their home finale a day prior against the Charlotte Checkers.

TOP STORYLINES FOR 2022-23: The Phantoms’ season will revolve significantly around how their parent club manages its roster. The Phantoms have gained key prospects like Foester and top defensive prospect Cam York. Still, the lingering questions of injuries to top Flyers like Sean Couturier, Carter Hart, Travis Konecny, and Cam Atkinson will further factor into Lehigh Valley’s opening night roster. After the Phantoms go through their preseason and get set for action on October 15, their lineup could have significant questions for the regular season but also see plenty of players who could have been in Lehigh Valley ultimately stay in Philadelphia. If injuries at the AHL level happen at any time, it could lead to the Phantoms being stretched thin. It’s an important season for the Phantoms to re-establish themselves as a pesky club to play against in a similar vein to their NHL club.

The biggest key will be turning the Phantoms into a competitive team in a problematic Atlantic Division. The Phantoms showed flashes of potential in years past after a nice run in the 2018 Calder Cup Playoffs but never quite made it back to the dance since then. The team has a decent matrix of veteran talent and some decent pieces from the Flyers, and it will be up to head coach Ian Laperriere and his staff to turn the team into a competitor hopefully. Having veteran forward Ryan Fitzgerald at full health will be critical towards meeting this goal, and improving the team’s ability to score with Foerster and York, two first-round prospects, should go a long way towards raising the Phantoms in the Atlantic’s ranks and make for an exciting campaign in Allentown.

PREDICTION SURE TO GO RIGHT: The Phantoms will have a more competitive season with a solid veteran base and young players and make the playoffs this season

PREDICTION SURE TO GO WRONG: The Flyers will stay completely healthy and not have to dip into their AHL depth to disrupt the Phantoms’ season.