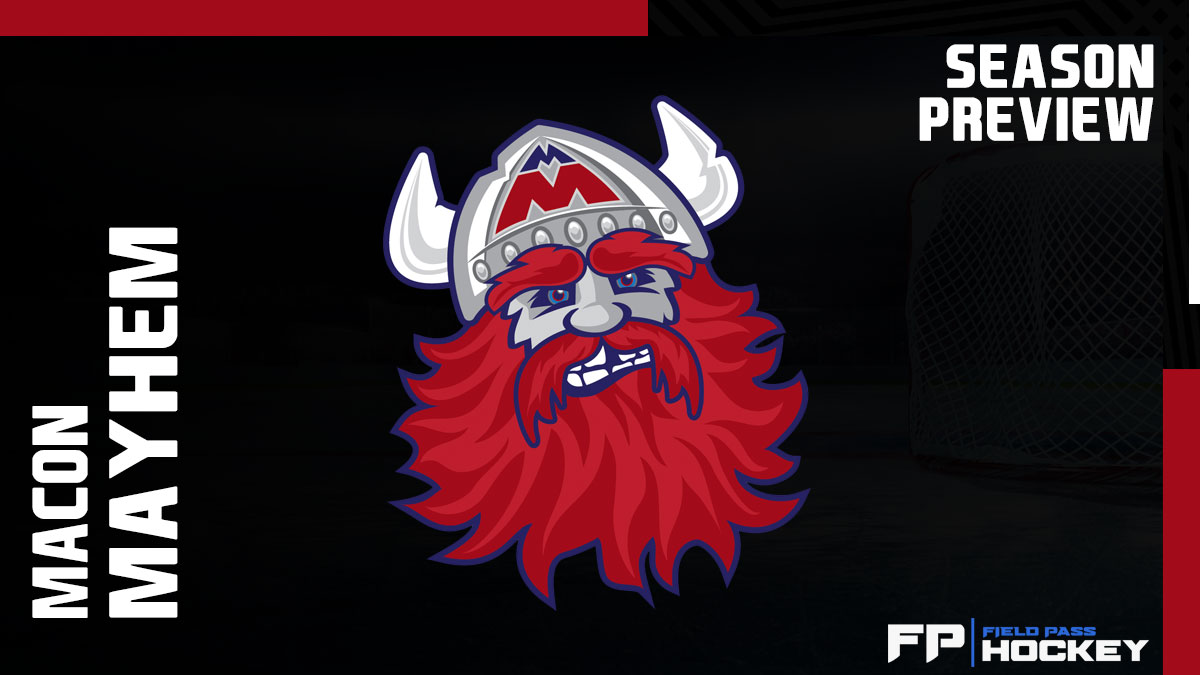 For the third season in a row, the Macon Mayhem will go into the campaign adjusting to a different face behind the bench as head coach.

MACON, Ga. – For the third season in a row, the Macon Mayhem will go into the campaign adjusting to a different face behind the bench as head coach. With the surprising coaching change from the summer that saw the team part ways with Zac Desjardins and replace him with Nick Niedert, the Mayhem look to bounce back from missing the postseason for the first time in team history last year.

Having finished next to last in the SPHL last year, there is not much else to do for the Mayhem than go up, and Macon will bank on the fact that a coach with head coaching experience can turn that tide, as Niedert held that position last season with Vermilion County in its expansion year.

Another thing Macon is banking on – a strong nucleus. The Mayhem roster was gutted last year following a COVID-season roster of many players that would’ve been in the ECHL. As a result, the roster was brand new with very little SPHL experience. That changes this year with the expected return of forwards Caleb Cameron, and Nigel Slade plus two defensemen with experience in Macon – Kyle Soper and Brian Kerrigan. The addition of David Nippard from Birmingham should also supplement the scoring punch.

Season Summary: With a new coach and roster, saying that Macon took some lumps is an understatement. Macon had very little experience in the SPHL last year, and it showed time and time again.

The Mayhem gets the advantage of having a chance to build momentum early, playing eight times on home ice in the first 13 games, including opening night on October 21 against Huntsville. It’s even more home-friendly in December, with all but two games at home. Macon fans should enjoy those home dates because, in January and February, the Mayhem are home just three times.

For that reason, building team chemistry will be key going into those two months, because if a team is to weather a grueling time on the road, having a good internal bond is crucial. February 17-19 will also mark Macon’s first foray into the northern arc of the league when it goes to Peoria.

If Macon can survive those two months, it’ll be in a good place in March with two three-game weekend homestands coming their way. Suffice it to say, January and February could make to break the season.

First, it’s behind the bench. Nick Niedert, whose pro career began as a goalie in Macon with the Macon Trax, is head coach. Like his players, he’s also eager to put last year behind him when he was saddled with an expansion roster in Vermilion County. In more ways than one, this year is a fresh reset in Macon.

Macon has a nucleus that endured a tough season last year with guys like Cameron and Kerrigan. Did that experience bond those returning players closer and develop locker-room leaders? We’ll see.

Who’ll step up? As of now, it looks like Macon’s top three scorers will not be back. That’ll be a challenge for fans looking to remember names early this year, but it also opens the door for returners to take that mantle or for a newcomer to do so.

Macon won just ten games last year. With a stronger core back, there’s no reason that the total cannot double.

As we saw last year, the SPHL standings are tight up and down. For that reason, Macon will take some lumps early but, in the end, finish sixth in the standings and, of course, return to the playoffs.