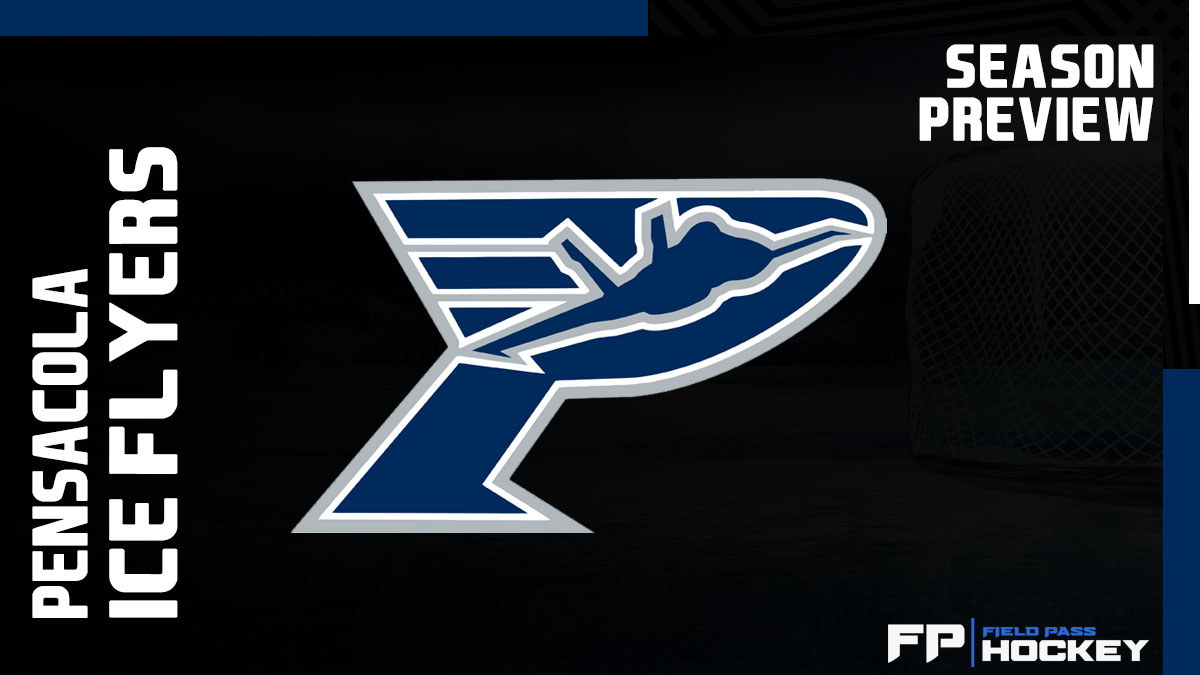 PENSACOLA, Fla. – Most seasons, the expectation is for the Pensacola Ice Flyers to be one of the SPHL’s most consistent teams at home and on the road, and this year should prove no different following a season in which Pensacola’s hard-nosed style earned a sixth-place finish and clash in the postseason with eventual President’s Cup winner Peoria, where Pensacola forced the full three games before bowing out. Now, as the season begins, the goal to is build on last year and add yet another championship trophy to the case at the Pensacola Bay Center.

Record & Playoff Appearance: 31-9-6, 68 points. Finished sixth in SPHL standings and lost in the first round of President’s Cup Playoffs.

Season Summary: The roster had some newness to it for sure with a host of players with Pensacola for the COVID season no longer around, but not before helping win an SPHL title the year before. There was, as expected, some transition involved as others that had to be replaced included goalie Jake Kupsky. That transition showed early with just three wins in the first ten games of the season before steadying the ship before getting hot in April to win eight or nine games, locking up a postseason spot and securing momentum that pushed Peoria to the brink of elimination. Weiland Parrish and Marcus Russell were a big reason why as they combined for 108 points with Cody Karpinski and Sean Kuhn playing a combined 50 games with neither having a GAA above 2.79. Having a good part of its roster need replacing was hardly easy, but Pensacola managed the transition and put itself in a position to take another step forward this season.

Cody Karpinski played 20 games in between the pipes, having a 2.73 GAA to the 2.79 of Sean Kuhn in 30 appearances, but more impactful was the emergence of wingers Weiland Parrish and Marcus Russell who had 57 and 51 points to go with Brennan Blasczak’s team-best 32 goals.

Pensacola’s 189 goals for ranked them sixth with 164 against being seventh in the SPHL. The Ice Flyers were strong on special teams, second with a 24 percent power-play conversion rate and eighth on the penalty kill at 82 percent, 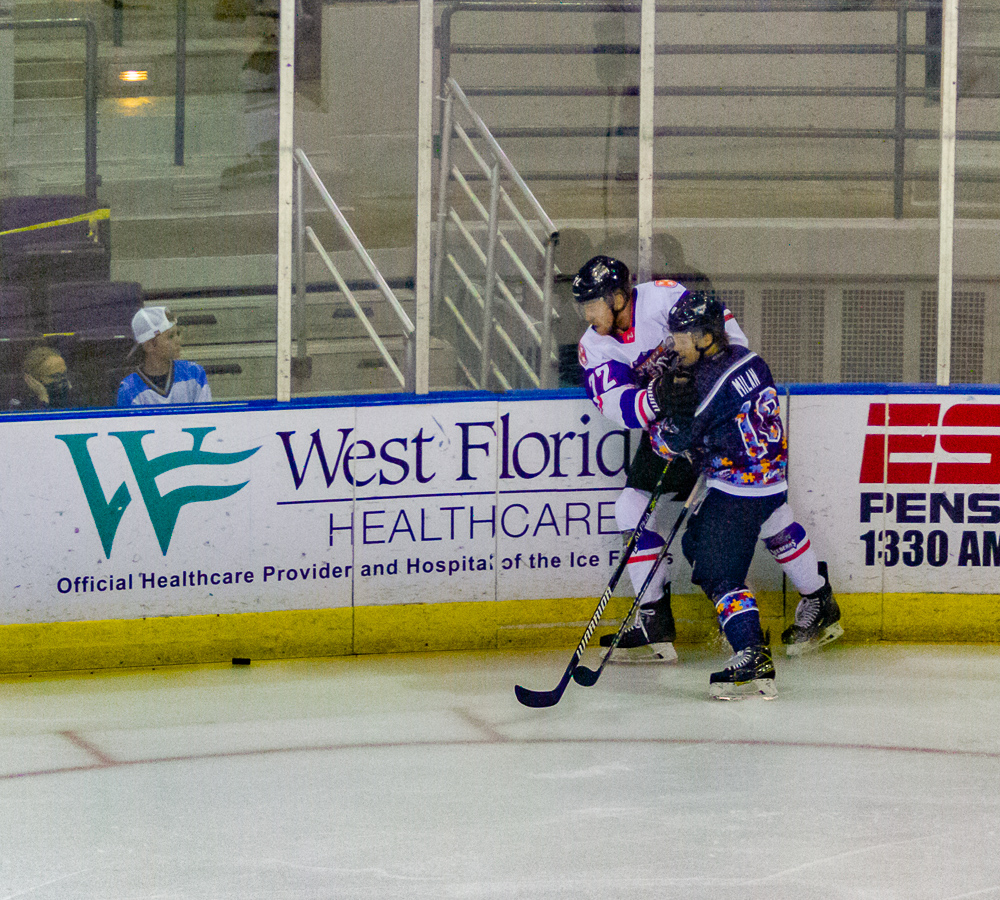 The Pensacola-Huntsville rivalry kicks off fast with three matchups with the Havoc in Pensacola’s first four games. After that, it’s a steady balance of home and away games until six games in a row at home in the second half of January. The Ice Flyers get two trips way up north this year, to Evansville in November and Quad City in March. Pensacola will likely be wary of fatigue as that Quady City series is followed by an 11-game stretch to wrap up the season.

Until last year, Jake Kupsky’s presence in net was a near-constant. If Pensacola is to take a step forward, having someone step up to win that job will be key.

With Russell gone, more opportunities may come the way of Weiland Parrish. If he continues moving forward, Pensacola could have one of the better1-2 punches in Parrish and Garrett Milan.

Weiland Parrish makes an even bigger impact, ending as among the SPHL’s top five scorers.

Through 20 games, Christian Pavlas will evenly split the goaltending duties with ten starts as Pensacola head coach Rod Aldolff seeks to find someone to take the No. 1 job.