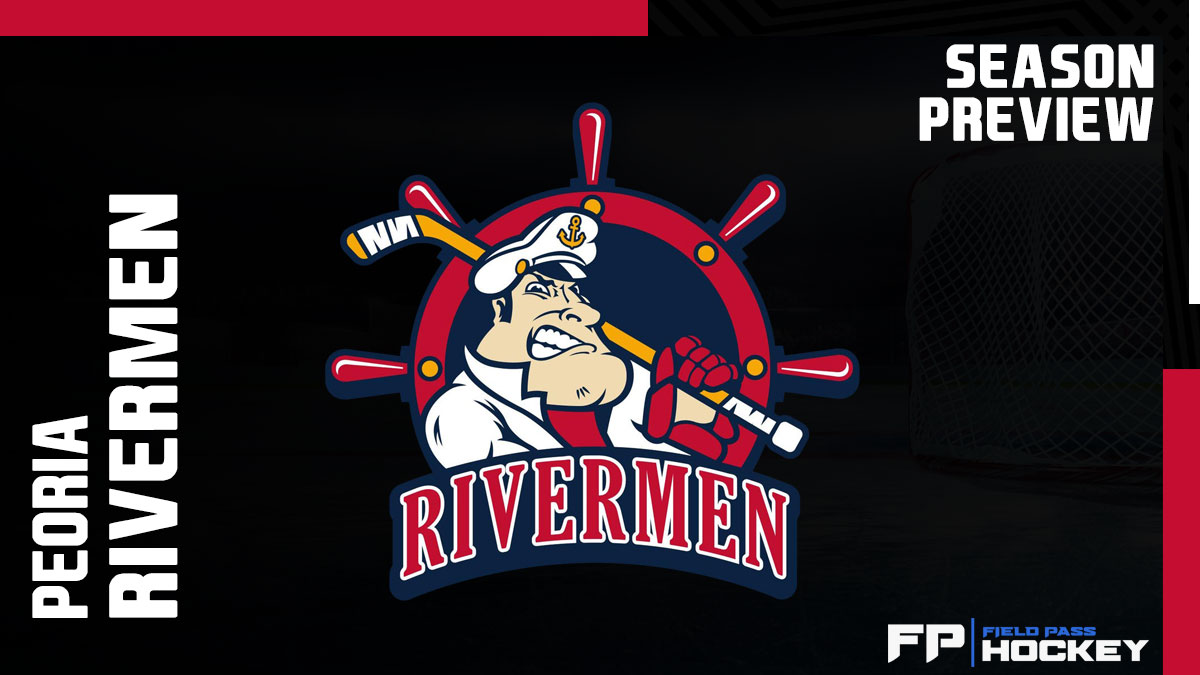 PEORIA, Ill. — The Peoria Rivermen hoisted the Presidents Cup to end the 2021-22 season and look to defend their championship this coming season. Many veterans have returned to the team looking for another victory, while several new faces have joined the team as well. With the season about to start, only time will tell whether the Rivermen can win their second championship in as many years.

Season Summary: The Rivermen started the season out strong and continued that way throughout 56 games. The five-game homestand that spanned the latter half of January led to 10 points in the standings and was part of a ten-game win streak that ended against the Quad City Storm on February 6 in overtime. The Rivermen’s point streak continued for seven more games until losing 5-2 against the Evansville Thunderbolts on February 25.

The Rivermen will have to find a new high-scoring rookie to capitalize on this season, as Godbout is rightfully in the ECHL. Though there are several potential options for the Rivermen, their best option might be to focus on improving the back-end over scoring. As mentioned before, Levine was a workhorse for the Rivermen last season and is sure to feel the consequences this season. The Rivermen should focus on raising their second goaltender to a more equal footing with Levine.

The Rivermen are sure to make the playoffs again this coming season and will probably finish within the top four spots in the standings.

The Rivermen could coast on the coattails of their championship and watch themselves drop in the standings to be nearly out of the playoffs.