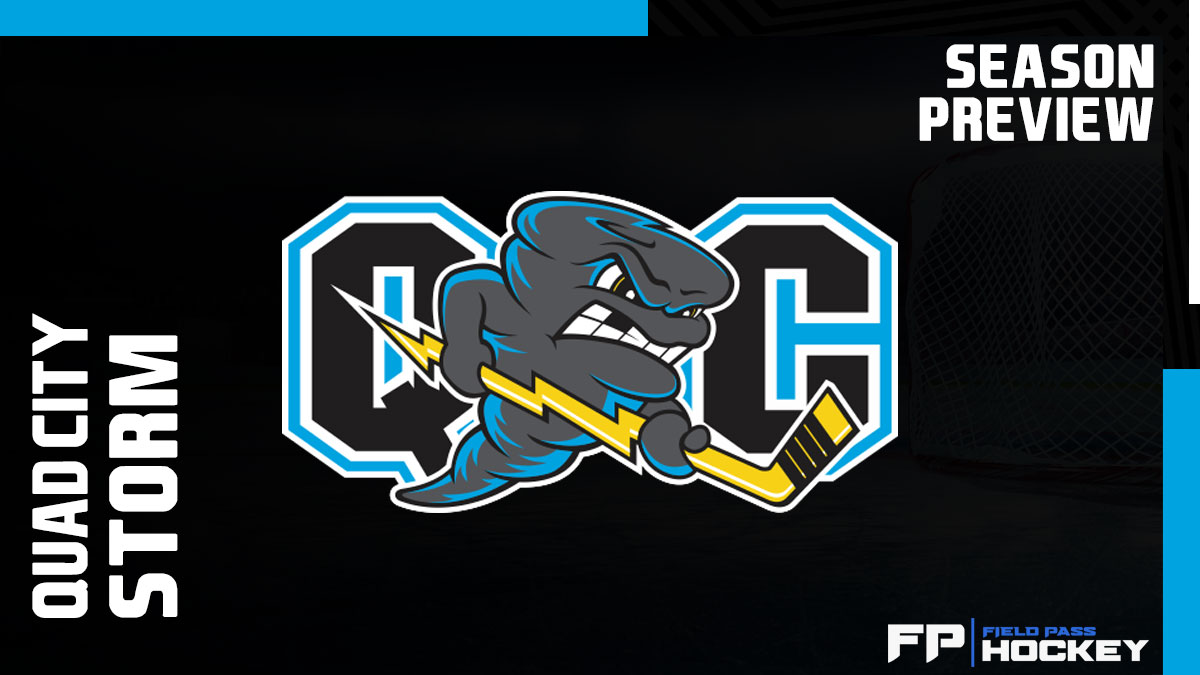 MOLINE, Ill. — The Quad City Storm are set to begin the upcoming season, having re-signed many core players this offseason. Storm assistant coach Jake Toporowski left the team on August 25 after being named an assistant coach for the USHL Des Moines Buccaneers. The Storm added assistant coach Drew Otten on October 14 to help head coach Dave Pszenyczny behind the bench this coming season. The Storm have added several new faces to the squad as well and look to advance beyond the semifinals this year to finally have a chance to raise the Presidents Cup.

Season Summary: The Storm advanced to the playoffs for the first time this past season, though their biggest rival throughout the regular season was still their nearest. The special teams improved from the previous season, but there were still issues with penalties. When the team was out of the box, they played great hockey but led the league in times shorthanded. The Storm powered through the season to have their best record yet and lost to the eventual league champions in the semifinals on the road.

The Storm open the season against their nearest and dearest rivals, the Peoria Rivermen, on October 21, who will play host to the Storm for their own opening night on October 22. With the Rivermen, Vermilion County Bobcats, and Evansville Thunderbolts all within six hours on I-74, 35 of their 56 games will be against those three teams. The other 21 games of the season will be split between the Birmingham Bulls and Huntsville Havoc for two games each, the Fayetteville Marksmen for six games, the Pensacola Ice Flyers for three games, and the Roanoke Rail Yard Dawgs and the Ice Bears for four games each.

The Storm’s longest homestand is at the beginning of the season, with five games from October 30 to November 11, with four games against Peoria or Vermilion County. Their longest road trip will be in the middle of March when the Missouri Valley Conference Women’s Basketball Tournament Hoops in the Heartland will occur. During that week, the ice will be covered with hardwood; while in the past, there were double-headers featuring the CBA’s Quad City Thunder and Quad City Mallards at what was then the Mark, a tournament requires the hardwood to remain in place for all four days.

It wouldn’t be unexpected for Fries to become the next top-scorer for the Storm, based on the numbers he’s produced in the last three years. With Bennett no longer leading the way, Fries should be able to step into that role without issue. However, he will have to out-compete the newcomers, who will be eager to prove their worthiness to remain on the roster.

The Storm will build off of their success last year and learn from their miscues to once again advance to the semifinals in the playoffs. After that, it’s up to the hockey gods and pure grit to hoist the Presidents Cup.

The Storm could also get cocky and ride the wave of finally making it to the playoffs last season too far and not focus on the small details of hockey, such as working together to score. It’s possible for the team to fall apart midway through the season once the grind and injuries have set in and never recover from the midseason slump to plummet to tenth place in the league.