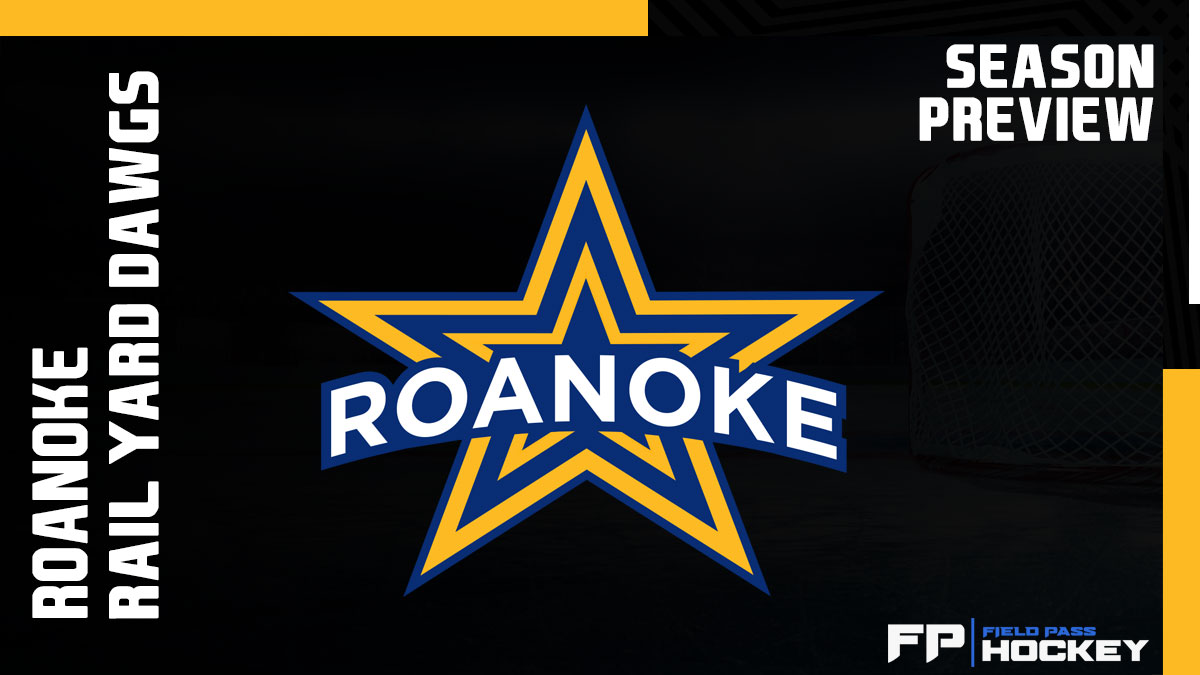 ROANOKE, Va. – The Roanoke Rail Yard Dawgs were every bit of a Cinderella story last season, pulling off not one but two upset wins in the President’s Cup Playoffs before ultimately falling short in the finals against Peoria. The postseason run, which saw the Dawgs upset both Knoxville and Huntsville, gave hockey fans in the star city some fond memories. Now, Roanoke looks to show that it’s a frontrunner in the SPHL and that last year’s postseason was not a blip on the radar.

As the season went on, Roanoke languished in the lower half of the standings, and on paper, the expectation was for the postseason not to be much different given that a first-round draw was against Knoxville, the team with the league’s top regular-season record. But Roanoke showed off an ‘Underdawg Mentality,” perhaps or perhaps not influenced by an interview that many Roanoke fans latched onto. All the Rail Yard Dawgs did was not just upset the Icebears but do it again in the next round against another title favorite, upsetting Huntsville. The ride ended with a finals loss to Peoria, but not before capturing the hearts and minds of hockey fans in Roanoke, begging the question – why not do it again?

Season Summary: After putting enough late-season distance between themselves and Birmingham, the Rail Yard Dawgs locked up a postseason spot. Rated no better than seventh in goals for, goals against, and on the power play, Roanoke did enough to get to the postseason, but once there, showed that it does not matter what a team does on the way to the playoffs. Rather, what’s important is what happens once there.

Roanoke gets a chance to be “Road Dawgs” early on with seven of the first ten games of the season on the road, the exceptions being the October 21 season opener against Fayetteville, November 4 against the Marksmen, and November 11 against Macon.

And speaking of Fayetteville, the home-and-home series between them and Roanoke starts a season series of 14 between the teams, separated by just 207 miles.

The first sustained homestand will be late in the year and 2023, with five in a row at home from December 29 to January 7, with games against Quad City, Huntsville, and Macon. The only home stretch that long will come in the late part of the season, which could be pivotal and include a match-up Roanoke fans may be looking forward to. Fayetteville comes calling March 24-15, Knoxville on March 26 before a President’s Cup Finals rematch on March 31, and April 1 against Peoria before facing Macon on April 6.

The question becomes, which Rail Yard Dawgs will we see? The team that was temperamental during the season or the one that was lightning in a bottle during the postseason?

Speaking of postseason showings, is this the next step for Roudebush? He was third among postseason goalies in terms of GAA, and the season before, he was outright dominant for Knoxville with a 1.71 GAA in the regular season. He has proved that when he is on, he can be tough to crack, and if he can get to the level of last year’s postseason and his time in Knoxville, he could be the reason Roanoke is a top-three team this year.

Coming off last year’s playoff run, Roanoke shows a hunger to get back, once again getting to the postseason.

Last year’s postseason is no fluke, and the Rail Yard Dawgs are in contention to win the regular-season title in the final weeks of the regular season.