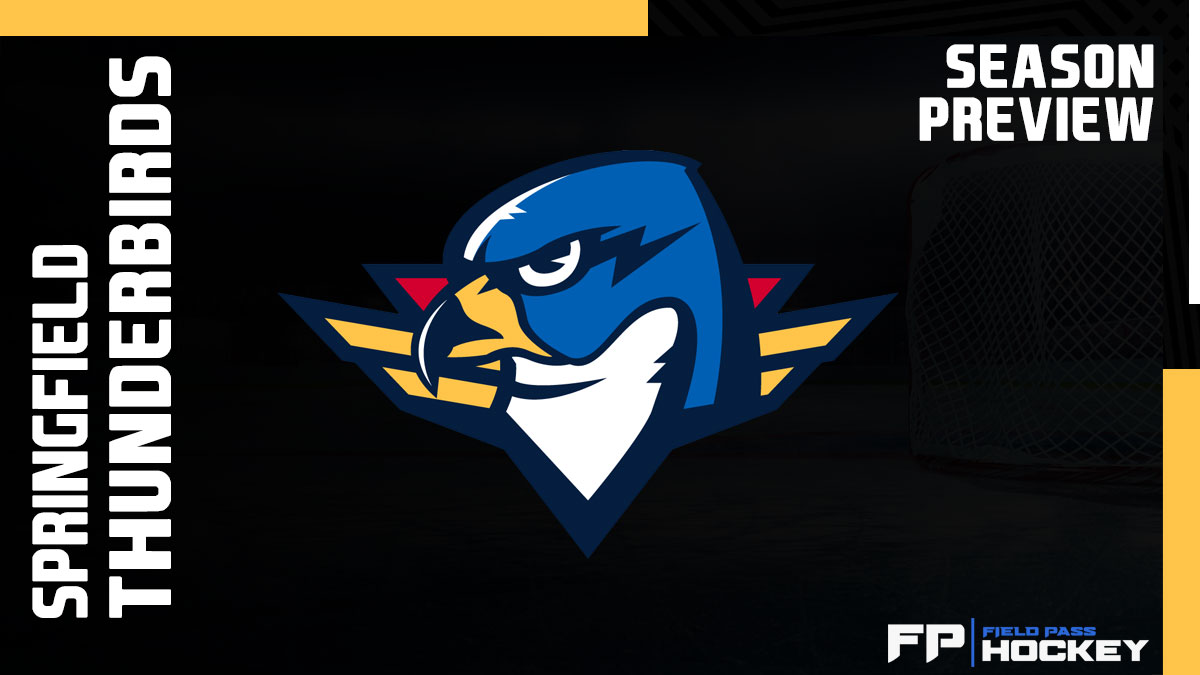 SPRINGFIELD, Mass. – The defending Eastern Conference Champion Springfield Thunderbirds are looking to climb the mountain and reach the summit in 2022-23 after falling three wins shy of a Calder Cup last spring. The Thunderbirds are banking on big seasons from several key players and some offseason additions, losing the services of top players like Mackenzie MacEachern while still serving as a strong supplier of talent to their NHL affiliate, the St. Louis Blues. The Thunderbirds are relying on a mix of incoming signings from the Blues and some prospects making the leap to the professional ranks to make up for the top-tier talent lost over the summer. The core group of players that made up the run to the Calder Cup is still there, and this group believes the Thunderbirds can make a push to repeat the success of the prior season.

LAST SEASON IN REVIEW: The Thunderbirds finished second in the Atlantic Division courtesy of a tiebreaker due to a differing number of games played with the Charlotte Checkers despite a 95-point season, going 43-24-6-3. Springfield went on a dramatic run to the Calder Cup Finals, dropping the Wilkes-Barre/Scranton Penguins and Charlotte Checkers before outlasting the Laval Rocket in a memorable seven-game series. The Thunderbirds ran out of gas after taking the first game of the final series, dropping four straight to the eventual champion Chicago Wolves. Springfield was led in the regular season by forward Sam Anas, who tallied 64 points (20 goals, 44 assists) in 75 games played, good for a tie at 12th place in league scoring. Springfield’s 233 goals during the regular season were good for 11th in the league, while their 221 goals against ranked them 15th. The Thunderbirds finished with a 20.3 percent efficiency on the power play, which ranked eighth in the league while their penalty kill rated at 78.3 percent for 24th overall.

OFFSEASON MOVES: Much like any championship-worthy team, the Thunderbirds saw their fair share of departures over the summer. Gone is the team’s leading scorer in Anas, outstanding playoff performer Dakota Joshua left for the Canucks organization, clutch performer MacEachern joined the dark side in Carolina, and NHL veteran James Neal departed the organization. In goal, veteran backstop Charlie Lindgren departed for a shot in the NHL with the Washington Capitals, leaving playoff standout Joel Hofer as the primary goaltender and a trio of prospects looking to earn the backup job. The Blues added coveted AHL scorer and former hardest shot winner Martin Frk, snagged former 24 goal scorer Matthew Highmore, and the durable former Penguin Anthony Angello over the summer. The organization is looking for continued growth from young players like Nikita Alexandrov, Jake Neighbours, and a full season with Will Bitten in the fold to make up for what was lost over the summer.

2022-23 SCHEDULE BREAKDOWN: The Thunderbirds begin their quest to return to the Calder Cup on Saturday, October 15 against the Bridgeport Islanders from the friendly confines of MassMutual Center. The Thunderbirds play every Eastern Conference team except for the Cleveland Monsters and the Toronto Marlies at least twice during the regular season. They will make the team’s first trip to play Western Conference opponents during the season against Grand Rapids, Milwaukee, and Rockford for a total of six games. Of note, the Thunderbirds have an early season rematch of the 2022 Eastern Conference Finals when they hit the road for the first time on October 19 to face the Rocket, and will rematch them on home ice on March 11. Springfield and the AHL will each be playing 72 games instead of varying numbers this season, eliminating the need for points percentage to determine standings and the need for math to determine standings. Although the Thunderbirds will be taking on all foes from the Atlantic Division, their most common foes are the Bridgeport Islanders, Providence Bruins, and Hartford Wolf Pack. Of them, the T-Birds will play 12 games series throughout the season. The T-Birds will only see some divisional foes like the Hershey Bears four times this season as a consequence of the adjusted scheduling this season. Notably, the Thunderbirds will play the last month of their season exclusively against divisional opponents, which has the potential to be immensely influential on the standings race at that time.

TOP STORYLINES FOR 2022-23: Springfield goes into the season with many new looks in their lineup with plenty of potential and much to prove after last season. Losing veterans and top scoring while banking on a lot of youth is the nature of the beast in the American Hockey League in today’s day and age, but Springfield’s crop of players will have to prove they can take an additional step forward to keep the Thunderbirds among the league’s most elite teams. Most noteworthy in that group is in the crease, as Hofer is expected to be the top dog after proving himself in the playoffs (which includes scoring a goal, a rare feat in the AHL). Still, his regular season goals against average finished just under 3.00. This season will be vital for him to prove the playoff goaltender with a 2.56 GAA and a 0.934 save percentage will be the standard going forward in what is typically a difficult Atlantic Division. Behind Hofer are Colten Ellis and Vadim Zherenko, the former of whom had six games of AHL experience. The untested element is always the most interesting wild-card a team can have in a season with high expectations.

To keep up their lofty aspirations, health will be a concern for Springfield. Dealing with injuries and recalls to the NHL is commonplace, and the Thunderbirds overcame that adversity several times last season. COVID issues forced a majority of Springfield’s lineup to dress in St. Louis in December, and barring any unusual circumstances like that; the T-Birds dealt with the adversity of losing Nathan Walker, their third overall scorer last season, to what would eventually be a permanent recall to the NHL. The T-Birds already have adversity in camp after losing defender Scott Perunovich to an upper-body injury during the preseason. Even with players like veteran Tommy Cross on an AHL contract, it only takes a few injuries to snowball into an issue for AHL teams.

Finally, earning the Eastern Conference crown puts a target on the back of the Thunderbirds in a way that the organization has not had to deal with before, either in T-Birds history or for a long time in St. Louis Blues history with its affiliates. There will be pressure no longer as underdogs asserting themselves but as an established group that will need to stand out amongst its peers in a difficult Atlantic Division. With players like former top scorer Anas moving within the division to Hershey, that reputation will be at its peak this season, and although the T-Birds handled pressure as a top team well last season, this will be a new test to overcome. The eventual fatigue of a much lengthier season a year ago will also be important to watch out for.

PREDICTION SURE TO GO RIGHT: Springfield will finish as one of the Atlantic Division’s top teams and retain its positioning as a team to beat this season.

PREDICTION SURE TO GO WRONG: The health of the Blues organization will not force them to dip into their depth far enough to affect the Thunderbirds, aiding in Springfield’s title dreams.