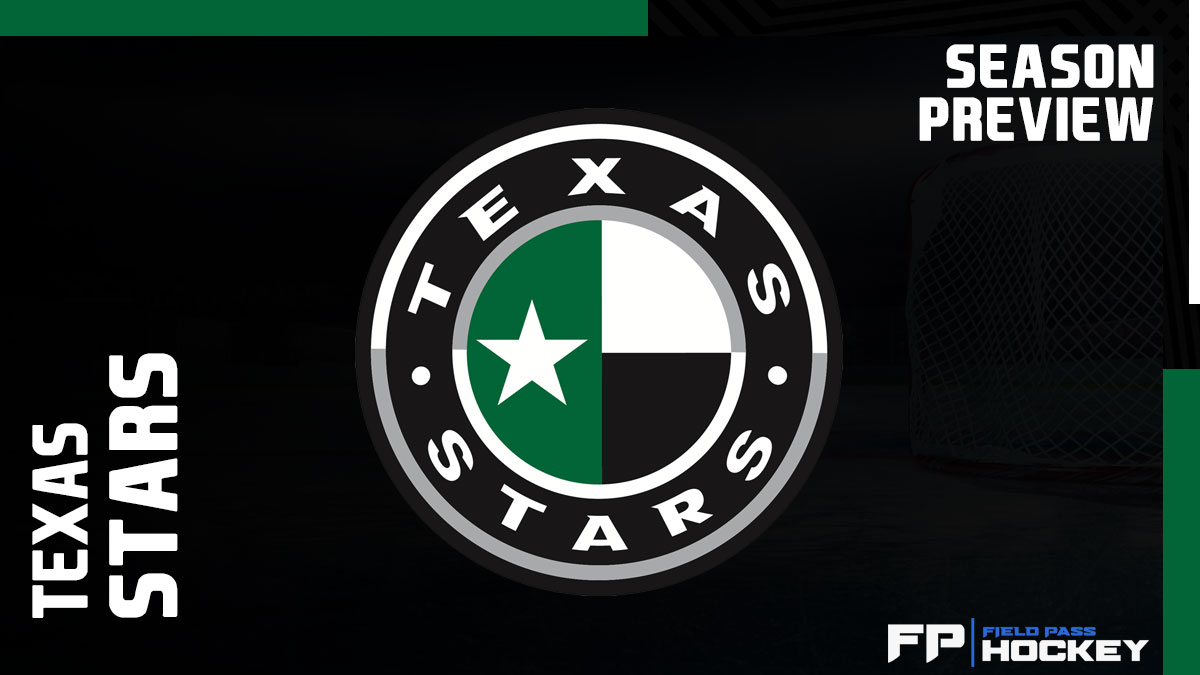 CEDAR PARK, Texas – With the start of the American Hockey League season right around the corner, it’s time to take a look at how the Texas Stars are going to line up this year. There are several notable departures, but the opportunity for the young core is ever-present.

It makes sense to first look at who is no longer on this team. Much of the Stars’ offense last year came from top-six wingers Anthony Louis and Joel L’Esperance. Louis departed for the KHL as it became apparent that he would not get an opportunity at the NHL level. L’Esperance left the Stars organization and signed a contract with the Grand Rapids Griffins, the affiliate of the Detroit Red Wings. Louis and L’Esperance became the offense’s focal point last season as their dynamic puck handling and quick shots provided most of the tallies on the scoresheet night in and night out. Each player supplied 24 goals, and such production is going to be difficult for the Stars to replicate, especially as a team that struggled to put the puck in the net consistently.

Another notable departure was Ty Dellandrea, who is finally getting a full-time look at the NHL club this season. After impressing in camp and preseason, Dellandrea has realized the star potential that got him drafted 13th overall in 2018. Last season, Dellandrea was magnificent, registering 23 goals and 50 points on a line he anchored down the middle.

this guy does it ALL!

So how do the Stars lose three of their top-six forwards and expect to be competitive? How do you replace 71 goals from within? The answer is in the kids.

The Stars have made it clear that they want to utilize Texas as the grounds for the development of their blossoming young core. This year is no exception. The Stars have been outspoken about the expanded roles of forwards Fredrik Karlstrom and Oskar Back. Both are entering their sophomore season and spent quite a bit of time together on the third line as rookies. Now that there are perceived holes in the top lines, look for the young Swedes to get more ice time.

Also returning this season is Stars Captain Curtis McKenzie. A veteran of the AHL, McKenzie’s return to the Stars last season proved to be an excellent move as he scored 21 goals to go along with 29 assists. Coinciding with his production was his rugged style of play and protective leadership that saw him spending quite a bit of time in the sin bin. Should McKenzie mirror his production and continue to be the physical leader of this team, the Stars will have a solid foundation to build off.

What About the Blue Line?

The forward core of the Texas Stars may not be earth-shatteringly explosive this season, but that doesn’t mean the team won’t be competitive every night. The defense is the pride of this team, and much of the offense stems from the back end.

Last season was the breakthrough campaign for Ben Gleason, who became the de facto number one defenseman. As a dynamic power-playthe  quarterback, Gleason will be the driving force on special teams.

Hear from defenseman Ben Gleason on his Teddy Bear Toss goal, playing in Texas and his "up north" summer plans! 😊 pic.twitter.com/RkB80ZDkvR

Let’s not discount the return of Thomas Harley as well. In his first pro season, Harley split time between Texas and Dallas, contributing 11 assists in 27 games. The expectation is that Harley will split time again as injuries accumulate throughout the season. Still, for the games he spends in Cedar Park, he will be getting top four minutes and more opportunities to contribute on the power play.

The Stars had quite the carousel in the crease last season with the log jam in the NHL and injuries dictating who played when and where. At the beginning of the 2021-22 season, Jake Oettinger was the stalwart that no team could figure out. Due to his fantastic play, Oettinger was called up to the NHL just a few weeks into the season. Coinciding with Oettinger’s call-up was the demotion of Anton Khudobin to Texas. While in Cedar Park, Khudobin won the hearts of fans with his elite goaltending and his propensity to keep his team afloat at times. Sadly, Khudobin has been battling a lingering hip injury and will likely be sidelined for much of this season and potentially further on.

So, what are the Stars going to do? Well, they have options, and neither one is a slouch. Last season served as the coming out party for Adam Scheel, who won over the starting job from Colton Point early on. The 23-year-old went 11-10-11 with a 2.91 GAA (Goals Against Average) and a .902 SV% (Save Percentage). Despite his stellar play, Scheel ceded his starting job to undrafted free agent Matt Murray, a goaltender from UMass who played over 100 games for the Minutemen over five seasons. Upon Murray’s arrival, the Stars defensive form improved, and the goaltender provided the extra push needed for the Stars to reach the playoffs. In six regular season games, Murray went 5-1 with a 1.68 GAA and a .947 SV%. Such stellar play propelled the 24-year-old to into the starter role for the playoffs. In said playoffs, Murray dropped both games to the Rockford IceHogs but only allowed three goals across the two outings.

There is no doubt the Stars have found their tandem for this season and it will be a massive part of the overall performance of this squad. Last season the Stars found themselves reliant on goaltending. With the revolving door at the crease, it’s no wonder it was hard to find consistency in all facets of play. Now that the Stars organization has weeded out some of the goaltenders of years past, mainly through injury, more stability should be the key to success for both the NHL club and the AHL club.

New Kid on the Block

Like last season, the Stars will be introducing new talent to the professional squads. Two years ago, it was Dellandrea. Last year it was Back and Karlstrom. This year, it’s Mavrik Bourque. The 30th overall pick in 2020 shined in the QMJHL last year as the captain of the Shawinigan Cataractes. Collecting 68 points in just 31 games in the regular season and following it up with 25 points in 16 playoff games, Bourque has exceeded expectations since the time he was drafted. This will be his introduction to professional hockey, and he will likely get the ice time to prove his worth and improve his game. With the Stars lacking that high-octane offense, Bourque should get more opportunities to contribute.

Mavrik Bourque with a ridiculous 7-point game (2+5) while factoring in on every Shawinigan tally.

It was easy to look at last year’s team as a potential cup contender. Despite somewhat lofty expectations, the team underperformed to some degree and found little success. This year, without the uncertainty due to COVID-19 and each player having a more clearly defined role, I expect the Stars to be a top-three team in the Central Division. This squad will be defensively sound, but not likely to light up the scoresheet. It may appear to be more of the same or this team could surprise some people. We never know until they take to the ice, but be optimistic. The Stars are set in two of the three areas of the game, and another year for the young guns could prove to be beneficial.

We’ll have our answer soon enough as the Stars open their season this Friday, October 14th at 7 p.m. at home against the Colorado Eagles.