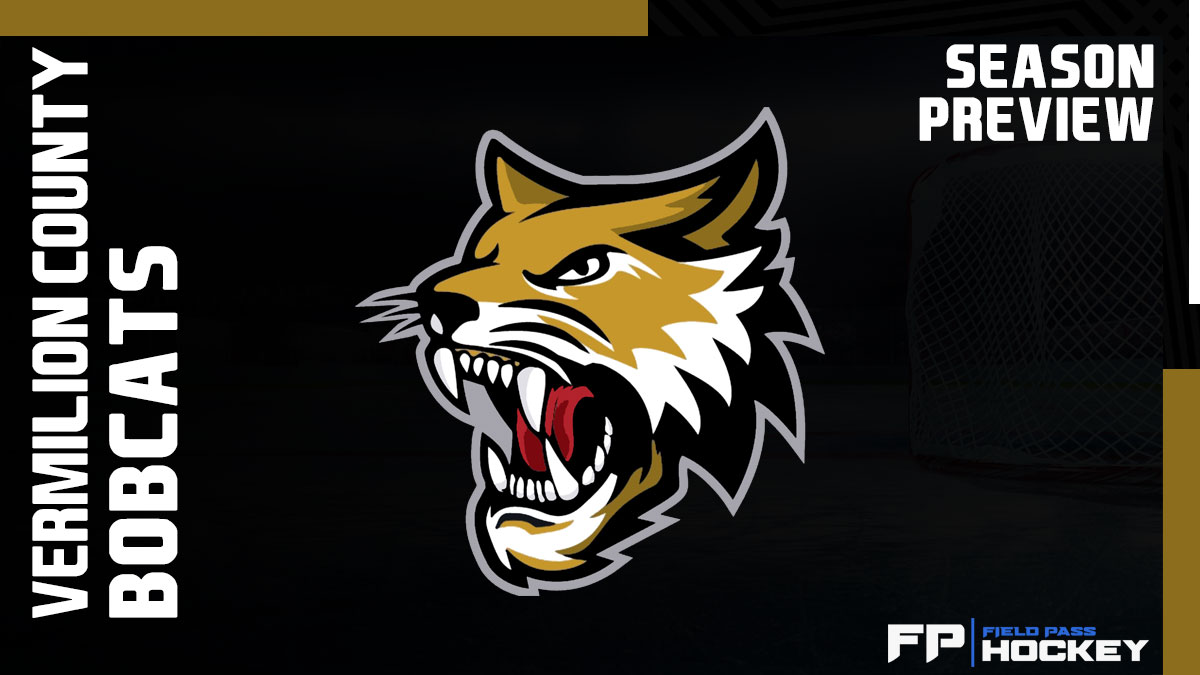 After a very disappointing inaugural season, the Bobcats are looking to bounce back this season and compete for a playoff spot

DANVILLE, Ill. – The Vermilion County Bobcats underwent quite a few changes during the offseason, starting with bringing in a new head coach T.J. Sarcona. After a very disappointing inaugural season, the Bobcats are looking to bounce back this season and compete for a playoff spot with Sarcona at the helm.

Sarcona is no stranger to the SPHL, spending time with the Pensacola Ice Flyers from 2017-2019. More recently, T.J. was the head coach of the Westchester Express U16 AAA team and served as an assistant on the U15 and U18 teams. The Bobcats also have seven returning players from last season, and it’s safe to say those guys are looking for a bit of redemption this year.

Season Summary: The Bobcats lost their first ten games to start the season last year before finally getting a 2-1 shootout win against Peoria on November 24. The team struggled to find consistency all season. They thought they had solid goaltending in Corbin Kaczperski (which they did), but he ended up only playing nine games with the team and spent the majority of the season called up in the ECHL.

Overall, the team’s struggles throughout the year can’t be narrowed down to a single issue though. At times the offense struggled, and it seemed that when the offense was clicking, the defense would struggle. Special teams were also an area the team just couldn’t figure out. The team went on to finish the season in last place in nearly every category.

Mitch Atkins led the team in scoring with 19 points (5 goals, 14 Assists.). He was closely followed by Houston Wilson with 16 points (9 goals, 7 assists).

The Bobcats ended the season with 83 goals for, which was league-worst by 40 goals. The goals against were another league-worst, with 267 pucks finding their way into the back of the Bobcat net.

The power play was only efficient at 6.8% of the time, and the penalty kill was not much better at 71.2% efficiency.

Key Acquisitions: Matt O’Shaughnessy will be a player you want to keep an eye on. He put up some impressive numbers in college. He scored 142 points through 105 games. He spent this past season playing in France, where he put up 18 points (7 goals, 11 assists) in 19 games and is sure to be a significant factor on offense this season.

Another player to keep an eye on this season is going to be Darius Davidson, who is a big body at 6-foot-1 and 205 pounds. He can be tough to move when battling in the corners. He last played in the SPHL during the COVID-shortened 2019-20 season. He spent last season playing in Sweden, where he posted eight points (4 goals, 4 assists) in 12 games.

Key Losses: Houston Wilson, who was second in scoring for the team, will not be back in Bobcat country this season. Although the overall point production on the team was low, they may miss his presence on and off the ice. Despite only playing in nine games last season, not having Kaczperski to rely on in the net is another key loss for the team. As of right now, it looks like he will spend this season in the ECHL, which is great for him, but bad for the Bobcats.

Vermilion County will start the season at home against the Birmingham Bulls for a pair of games. Like last season, the Bobcats will see a lot of the Quad City Storm and the defending champion Peoria Rivermen. They will face those two teams a combined 26 times throughout the year. That makes it a tough road to the playoffs for the Bobcats, considering both teams made deep playoff runs last season and are not looking to slow down any time soon. In addition to that, they will see the Evansville Thunderbolts 11 times throughout the regular season. That only leaves 19 games in which the Bobcats will face a team from south of the Mason-Dixon Line. The team will not face the Macon Mayhem or the Pensacola Ice Flyers during the regular season but will face off against every other team at least twice.

Heading into the season, you can say there is only one direction for this team to go, and that is up. Can this team, under new head coach T.J. Sarcona, put the pieces of the puzzle together and be in a position to compete for a playoff spot? As previously stated, this team was in last place in nearly every category. The Bobcats are going to have to find ways to score more goals. It won’t be easy, considering the majority of the schedule is against teams with solid defense and goaltending. Still, they can’t focus on the “pretty” goals, those ugly bounces that end up in the back of the net count just the same as a SportsCenter highlight-reel goal would. The defense isn’t off the hook here, either. You can have the best goaltender in the world, but it all means nothing if the team in front can’t help out by blocking shots, winning the battles in the corner, and getting the puck out of the defensive zone.

The Bobcats will finish the season with more points in the league standings than last year and be in the playoff conversation. Like I said before, there is really only one way to go from here, and that is up.

There will be a 30-goal scorer on this roster this season. This may be a stretch, but it may also not be. With guys like Matt O’Shaughnessy, who was a consistent 20+ goal scorer in college with Farmingdale State College, he put up 34 goals during his season before heading to Europe to play for the past two seasons.