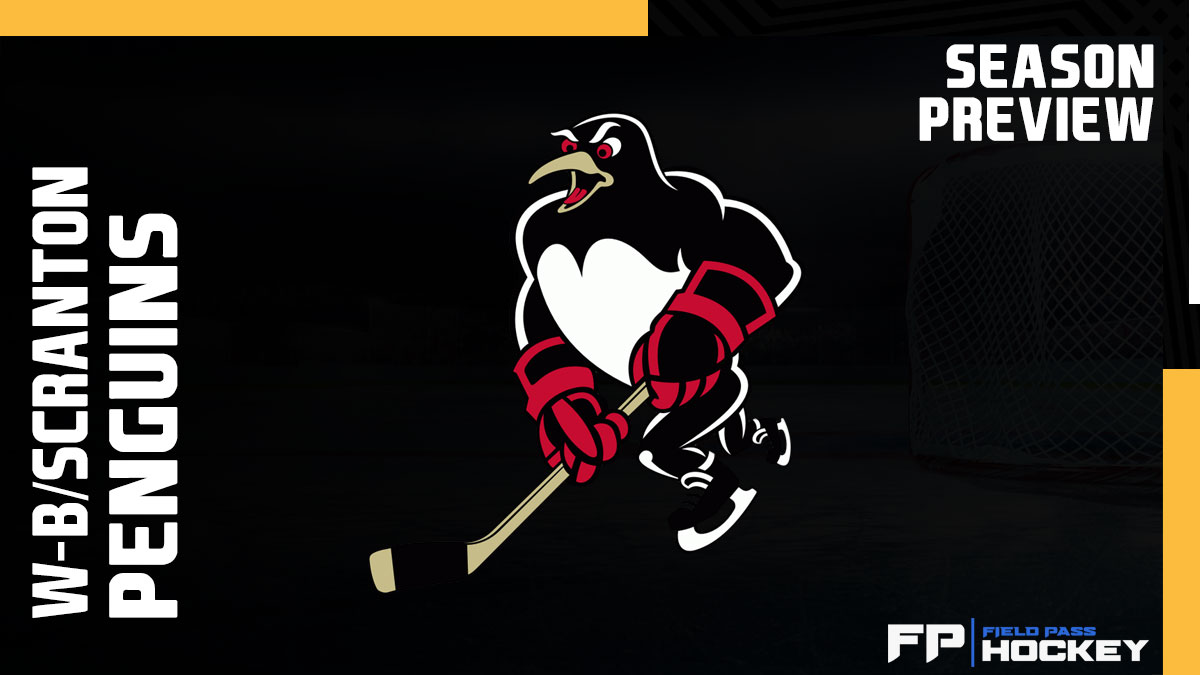 WILKES-BARRE, Pa. – It’s a new day in Northeast Pennsylvania for the Wilkes-Barre/Scranton Penguins, who are looking to build on a very successful first half of 2022 and continue their climb as an Atlantic Division contender in this new season after pushing their way into the postseason in the spring. The Penguins are working amid a youth movement that saw plenty of familiar faces depart over the summer only to be replaced by a bevy of incoming prospects and a different look between the pipes. Wilkes-Barre will be counting on some of the younger players who have been here to step up this season to bring the Penguins back to being a contender in the notoriously difficult Atlantic Division.

LAST SEASON IN REVIEW: The Penguins finished the 2021-22 campaign with a mark of 35-33-4-4, good for 78 points and earning them a fourth-place finish courtesy of a tiebreaker over the Hershey Bears, who the team dispatched in the first round of the playoffs in three games. Alex Nylander had the heroics in overtime on home ice after the Penguins squandered a 3-1 lead late. Still, it would be the last game the Penguins won that season as they were swept by the eventual Eastern Conference Champions, the Springfield Thunderbirds. Wilkes-Barre’s leading scorer last season was a tie between the cumulative efforts of Nylander and rookie forward Valtteri Puustinen, each racking up 42 points and were the only two players to hit the 20-goal plateau for the team. Wilkes-Barre finished 21st in the league in terms of goals for with 209 and 18th in the league in goals against with 225. The Penguins were second from the bottom in terms of power play success with just 14.5 percent efficiency, while finishing 16th in the league at 80.9 percent effectiveness. The Penguins recovered from sitting near the basement of the division to push into a playoff spot with a strong second-half surge.

OFFSEASON MOVES: Wilkes-Barre had some familiar faces depart in the summer, with tenured players Anthony Angello and Jordy Bellerive leaving alongside veterans from last season like Cam Lee and Matt Bartkowski. Goaltender Louis Domingue departed in free agency after being part of a tumultuous season between the pipes for the organization that saw him make an appearance in the Stanley Cup Playoffs, and the departure of Felix Robert hurts as he was one of the team’s top five-point producers. The Penguins added longtime NHL forward Drake Caggiula, who has not played an American Hockey League game in his career as an undrafted forward but is ticketed to Wilkes-Barre to start the season, as well as the return of former Penguin and veteran AHL goaltender Dustin Tokarski. The goaltender skated in Wilkes-Barre during the 2019-20 season and returns after spending the season with the Buffalo Sabres a year ago. The team added a new face behind the bench as Stanley Cup Champion Sheldon Brookbank joined the team’s staff as an assistant coach.

2022-23 SCHEDULE BREAKDOWN: The team opens the 2022-23 campaign at home against the Lehigh Valley Phantoms on October 15, followed by the team’s lone trip to Utica to see the Comets. Of note, the Penguins play their two Pennsylvania rivals the most this season, with 12 contests against the Hershey Bears and the Lehigh Valley Phantoms comprising a large portion of their 54 games with division foes. Of note, Wilkes-Barre’s busiest month is March, with 13 games in the month, with the team having a season-high four games at home in a row. Wilkes-Barre doesn’t have a lengthy road trip, with only three games in a row away from Mohegan Sun Arena, although that will occur seven times during the campaign. The most noteworthy is a trio of games in December that sees the Penguins north of the border to take on the Toronto Marlies, Belleville Senators, and Laval Rocket before Christmas. The Penguins will spend the holidays at home, with one exception, for the remainder of the holidays and into the new calendar year.

In the new year, the Penguins switch to a familiar format of playing largely on Wednesdays, Fridays, and Saturdays while returning to some Sunday contests in March at their busiest. The new 72-game slate in the AHL takes away a few games for the Penguins to play some different foes as they’ve done in years past, with the team playing exclusively Eastern Conference opponents and seeing all of them throughout the season.

TOP STORYLINES FOR 2022-23: The Penguins are building off of a much younger group this season. The subtractions make room for a bevy of incoming young talent to join forces with the crop of players who made their debut in recent seasons. A healthier group will go a long way toward replicating the late-season success of 2021-22. Goaltender Filip Lindberg will be a storyline to watch between the pipes in Wilkes-Barre, as the young goaltender was lost to injury for the majority of the season after earning honors as the AHL’s goaltender of the month in October. Between him, Tokarski, and last season’s regular starter Tommy Nappier, the Penguins will have options in goal compared to the slim pickings of a year ago, as Nappier has acquitted himself well in the preseason to be in the conversation for regular minutes in the AHL.

Naturally, the roster’s youth calls into question if the Penguins are too young in some ways. Pittsburgh only has four players under contract over the age of 24. Although Wilkes-Barre has done its share to add experience to its lineup with the likes of Jon Lizotte, Mitch Reinke, Tyler Sikura, and Kyle Olson, the Penguins will likely feature young players like Corey Andonovski, Jordan Frasca, Ty Glover, and Jack St. Ivany as just a few of the players who will be making their AHL debuts when the puck drops this weekend. The Penguins will look to get more out of their highly touted youngsters like Sam Poulin and Nathan Legare to help build their group into one of the Atlantic’s most feared groups.

PREDICTION SURE TO GO RIGHT: The Penguins will get more out of their youth this season and see significant contributions toward securing another playoff berth in the spring.

PREDICTION SURE TO GO WRONG: Their NHL club in Pittsburgh will stay healthy and not need to make a significant recall at any point this season.