A Chat With the “Voice of the Steelheads” Brian McCormack

A Chat With the “Voice of the Steelheads” Brian McCormack

BOISE, ID – Behind every sports team’s television and radio broadcasts, there is a commentator that carries the action to the viewers & listeners at home in a unique and punctual way. 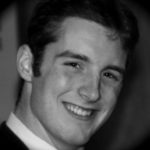 For the ECHL’s Idaho Steelheads, that voice is none other than Brian McCormack. Since 2015, he has been the “Voice of the Steelheads,” calling games for both TV and radio. He was kind enough to take some time for The Sin Bin and answer some questions about his personal hockey journey and, of course, all things Steelheads.

The Sin Bin: How long have you been with the Idaho Steelheads organization?

Brian McCormack: This is my third season in Boise with the Steelheads. Prior to joining the team, I was an intern for one season (2014-15) with the Columbus Blue Jackets, writing articles for the team’s website. Before that, I was in college at SUNY Geneseo in New York, and while there I did call games on radio for their Division-III hockey team. My brother and I did it for fun and had our own talk show; I suppose that’s how I got started.

TSB: What made you want to join the front office of a hockey club?

Brian: I always wanted to work in pro hockey in some capacity; that was a dream of mine since childhood. After I finished my internship in Columbus, I wanted to use that experience to land a more permanent role. I was mostly looking for more journalistic jobs because I wrote a ton in Columbus, but I didn’t have any broadcast experience besides college.

I didn’t think I had much to go on in terms of broadcast samples to pursue that. But, I was lucky that the Steelheads heard my clips and were interested. When they offered me an opportunity to come out from New York, it was an easy decision. I didn’t think play-by-play was even going to be an option for me at that point, so to get the invitation was a thrill and a bit of a surprise.

TSB: As Director of Media Relations and Broadcasting, your job objectives are pretty well-defined and laid out during the season. What are your duties in the offseason?

Brian: Well, there are a lot of hats in the regular season, too…from the PR work to calling games and hosting the radio show. I also do what I can to assist in sales and with the team’s travel plans during the season.

In the offseason, there are obviously no games, but we still need content for the website and social channels. Sometimes, that presents itself if there’s breaking news or a player transaction, but more often it’s trying to get creative and find things to write/talk about that focus on things away from the rink. Maybe I can write about what alumni are up to or how players are preparing for next season while they’re at home. Maybe the hockey world is discussing a new rule change that may ultimately affect us…that’s something fans need to know about. We also try to have fan contests. The volume of what we put out may decrease a bit in the off-season, but it’s still important that we’re a regular part of our fans’ day-to-day lives and that we’re engaged with them. A lot of the summer energy revolves around that and making plans for another season.

TSB: The average lifespan of a “double-A” level club in hockey is six years. The Steelheads have remained strong in Boise for over 20 years, making the playoffs every year in the process. What do you attribute to the team’s longevity and continued success here in the Treasure Valley?

Brian: I think winning is definitely part of it. Fans enjoy coming to the rink when the team wins, so the fact that we’ve never missed the playoffs certainly helps keep fans interested and helps recruit talented players. I think the first wave of players who came through Boise also have a big impact on present-day success. There were a lot of special people who were here in the late 90’s and early 2000’s, some of which have stayed here to raise their families. We had a lot of those players back last spring for our 20th Anniversary, and it got a great response from our fan base. To forge that connection with people in Idaho when the team and the sport were brand new to the area was huge.

Since then, the club has made it a high priority to recruit high-character people who want to be a part of this town, and I think that’s helped maintain that bond between team and town for two decades. When a team wins, and you legitimately like the people in the organization, the bond is going to last.

TSB: How does Idaho’s hockey market compare to that of other cities you’ve lived in?

Brian: Well, before Idaho, I only lived in NHL markets (whether it was metro New York, Buffalo, or Columbus), so there’s no level comparison to be made in that sense. But, one of the most enjoyable things about working for a team in Idaho is that the personal relationship between fans and the organization is so much stronger. Of course, major league teams get involved in their communities, but the person-to-person relationship is so much different here. Fans can’t have the expectation in those cities to have a first-name relationship with a player, but they can here. That close-knit feeling isn’t something you encounter everywhere, and it makes it fun because you don’t feel like you’re playing a game or doing a job for a faceless audience. It’s for people you know.

TSB: Downtown Boise has had recent and ongoing construction, remodeling, and building addition projects all around CenturyLink Arena. Has any of this building affected team operations as a whole or in part?

Brian: Not directly that I can think of, but I would say that the city growing and adding amenities can be a factor for recruiting. Free agents have a lot of options from multiple leagues when they’re trying to decide where they’re going to play in the summer. In addition to the on-ice factors, coaches also have to sell the city as a great place to live, and sometimes, even to bring a family.

We always hear from visiting players that Boise is one of their favorite road stops, so there’s already plenty for coach (Neil Graham) to work with when he’s selling the player on why he should come to Idaho. Any project that makes Boise more vibrant and more fun for a young athlete is obviously more ammunition to use in attracting the best players.

TSB: A few years ago, all of California’s ECHL teams moved up to the AHL or relocated east. In recent years, the Victoria Salmon Kings, Las Vegas Wranglers, and Alaska Aces have disappeared from the ECHL. This year, news broke that the Colorado Eagles will be moving up to the AHL next season, leaving Idaho and the Utah Grizzles as the western-most teams in the ECHL. Is there any overall concern for the Steelheads with so many teams leaving the western market?

Brian: I don’t think there’s any particular concern. We are a team in the league that is fortunate enough to be able to fly to most of our road games, so it really shouldn’t have much of an impact on our regular travel plans. Other teams may not have that option and may have other challenges to overcome, but I don’t think it’s a pressing concern for us right now.

I’ll be personally interested to see what the league aims to do in the next few years; I think there are some markets out this way that could be interesting landing spots for new ECHL teams in the future. I don’t know if that’s something the league is looking into right now, but it would be an interesting exploratory process if they did intend to expand west again.

TSB: What is the most memorable game you’ve called from the broadcast booth?

Brian: My most memorable game in the booth so far came in college. It was the conference final in Geneseo at home against a perennial power in Oswego — standing room only — and the school was having one of its best seasons in program history. The game was the talk of the campus all week long…just an awesome energy leading up to the game. By the midway point of the second period, we’re losing 5-1 and it looks like a route. Geneseo came back to tie it 5-5 and then 6-6, and you couldn’t hear yourself think. Oswego then won on a goal in the final minute. It was just a wild game and one that I still talk about with people.

Unfortunately, with Idaho, the Steelheads have been on the wrong side of some of the more amazing games I have called, including Game 4 of last year’s playoffs (1st Round against the Colorado Eagles.) During my first season (2015-16), I did get to call one of the best goaltending duels I’ve seen in Utah. Jack Campbell (Idaho) outlasted Ryan Faragher (Utah) 1-0 in a shootout; that was a game I would have gladly watched another hour of.

Brian: Having only been here for a couple years, I haven’t had the chance to work with too many players that aren’t still actively playing. So, I don’t want to let my bias show…I’ll play it safe and say (former Steelheads announcer) Will Hoenike.

TSB: Name some players to keep an eye on as the season moves forward.

Brian: I think Justin Parizek has already shown himself to be an impressive offensive player in the first quarter of the season; you’d assume he’ll only continue to improve as he continues to learn the pro game. That whole line with (Steven) McParland and (Brady) Brassart has been one of the best units in the league so far. This is obviously a team with a lot of offensive talent, and we’re starting to see that skill yield results.

In the playoffs, it’s always the depth scorers that make the difference and separate the best from the best. Connor Chatham and A.J. White have both played strong minutes on the lower lines in a checking role. We saw them break through on the score sheet a bit at the end of the last road trip (five games against Allen and Quad City), and I’ll be interested to see if they can continue that growth as the season progresses. If they can create regularly, this team becomes even more of a matchup nightmare.

You can listen to McCormack on the Bud Light Sports Talk Show on local radio station 1350 AM (KTIK The Ticket) from 6 pm to 7 pm Tuesday through Thursday from October to April. He also calls all 72 regular season games for Idaho, airing on local television (CableOne Channel 72) and on KTIK.