WICHITA, Kan. – Now that the dust has finally settled (some three months later) on which teams are playing in the ECHL this season, it’s time to look ahead to what the possible conference breakdown and format for the Kelly Cup Playoffs could look like, and apply the “who’s in, who’s out” technique to that.

Combined with the remainder of the 2021 schedule, the other major announcements are yet to be released by the league.

Let’s start first with the conference breakdown. With 14 teams now playing (Fort Wayne to start on February 12,) a 7-7 split makes the most sense, obviously, but where to put Fort Wayne and Indy is where the fun is. Here’s my take:

In this model, I use Interstate 65 (the highway that bisects Indiana) as the dividing line between east and west. I have a hard time moving Indy to the Eastern Conference, while Fort Wayne moves west, for the simple fact of where the teams are on the map. Admittedly, this is probably too simple of a construct, and we could very easily end up with a scenario where Fort Wayne goes west, while Indy and Wheeling move east.

In the end, the conference alignment probably won’t matter much, since the emphasis this season is on limiting travel and playing games that are close to home.

This is where the fun really begins (yes, I really am a geek).

There are many ways you could develop a format for the Kelly Cup playoffs, and most would have merit. But, keeping in mind the playoffs need to be played within a month, given the conference breakdown and the emphasis on points percentage, it makes the most sense to have the top four teams in each conference qualify for the playoffs.

In this scenario, if we put Fort Wayne aside, here is how it would breakdown based on points. 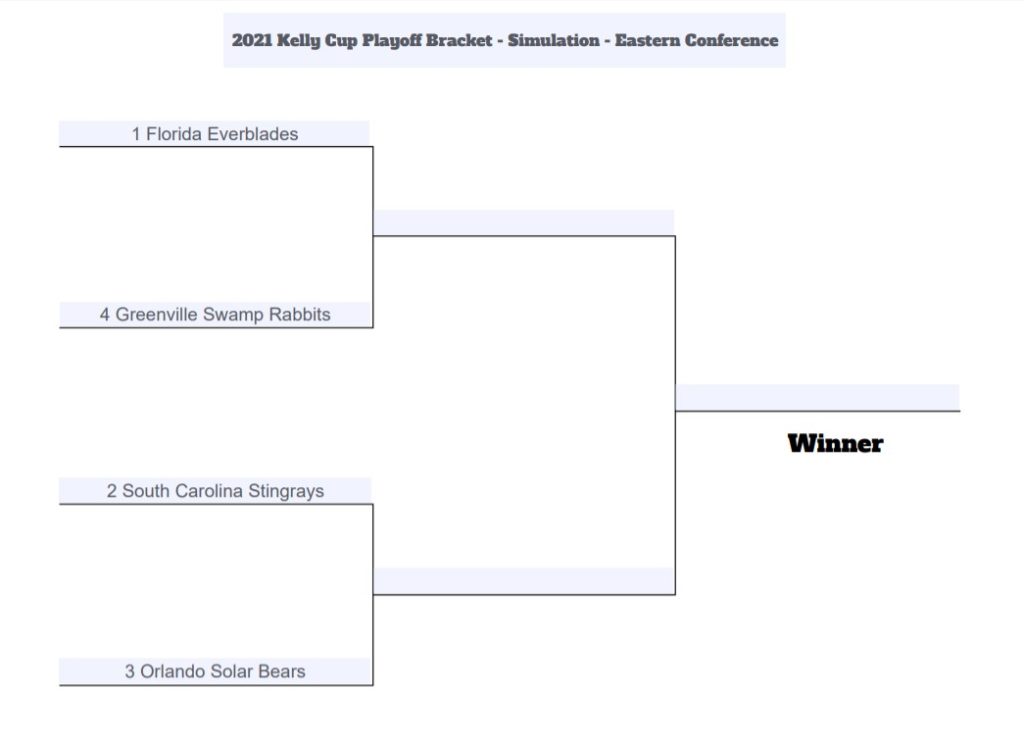 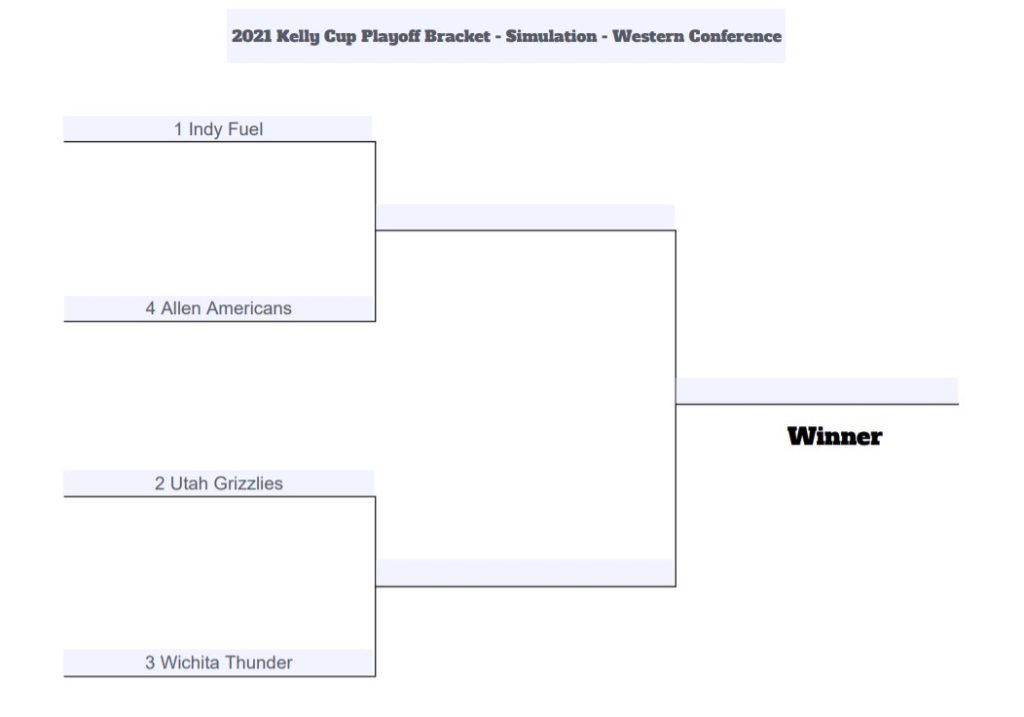 In this scenario, all playoff series would be best-of-five games, with the higher seed earning home-ice advantage.

In a long-shot scenario, the remaining four teams would move to a bubble scenario at a centralized location within the league’s footprint where the remaining playoff games would be played. This would achieve three things: one, it could significantly cut down on cross-country travel a possible conference final or Kelly Cup Final could feature. Two, it would alleviate any issues with arena scheduling when the playoffs are likely to be played (June to July). Third, it would give a good spot for the league to gather for its staff and Board of Governors meetings, helping to jumpstart the economy in one of the league’s markets as opposed to Las Vegas. This probably won’t happen, but again, it is something that would be cool to see and might bring the league some good press during its playoff run.

We’ll see what happens in the coming days, but things like this are always fun to think about.