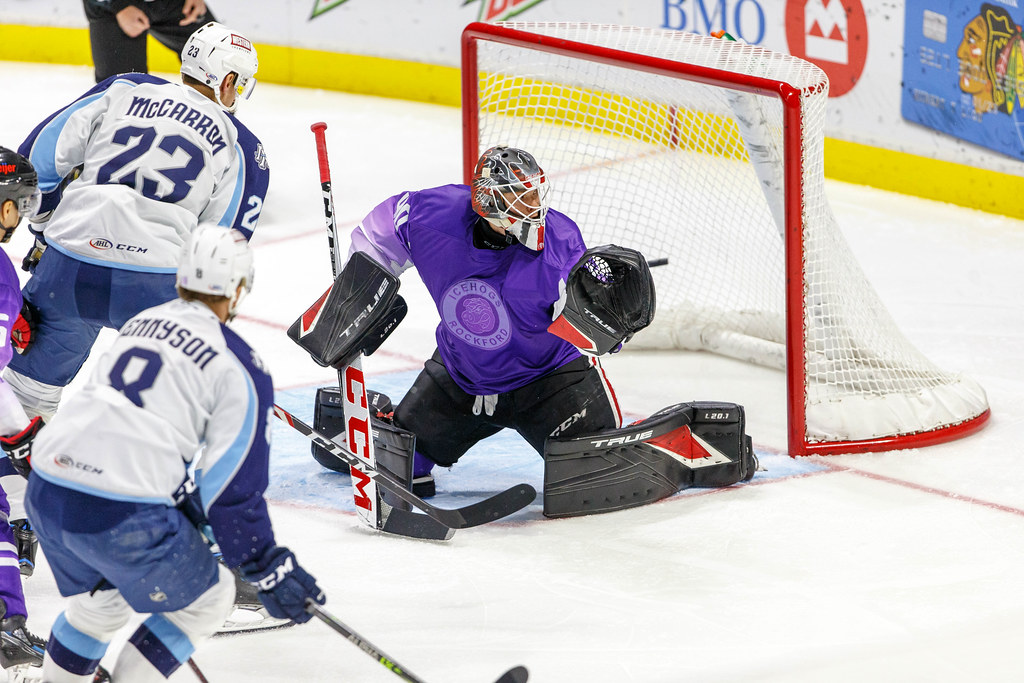 The Rockford IceHogs were hoping to extend a winning streak to three games for the first time since mid-February of 2020.

ROCKFORD, Ill. – The Rockford IceHogs were hoping to extend a winning streak to three games for the first time since mid-February of 2020. The visiting Milwaukee Admirals were more than happy to foil those plans.

In the first of three games this weekend, Rockford lost 5-2 to the Admirals Friday night at the BMO Harris Bank Center. Milwaukee was the better team for the bulk of the night, jumping out to an early lead and never looking back.

“As a group, we have to play a little bit quicker, a little bit more on our toes and realize we have to simplify it early so that we can get up and out of the zone quicker and complicate ourselves a little bit,” interim head coach Anders Sorensen told the media after the contest. “But that’s something that we’re working on here and sooner or later we’re going to get through it.”

Milwaukee (5-10-1) never trailed, taking a 1-0 advantage 1:41 into the game. Matt Tennyson was set up by Matt Luff in the high slot with plenty of shooting room. Tennyson’s offering sailed over the glove of Hogs goalie Arvid Soderblom for the lamp-lighter.

The Admirals doubled the lead midway through the first. Michael McCarron camped out in front of the Rockford net and struck cord off of an Anthony Richard feed at the 9:34 mark.

Rockford, outshot 12-3 in the opening twenty, managed to skate to the intermission down 2-1 thanks to some deft work in front of the net by D.J. Busdeker. The forward got a stick on an Alec Regula blast to guide the puck past Milwaukee goalie Connor Ingram 16:49 into the first.

The IceHogs played more soundly on the defensive end, but the inability to generate shots in high-percentage areas would do in Rockford. The Admirals added a power-play goal by Luff late in the second period and a Rocco Grimaldi tally in the third. Mathieu Olivier added an empty netter in the latter stages of the contest.

The IceHogs managed a late goal from defenseman Ian Mitchell, though it came far too late to save Rockford’s bacon on this night. Milwaukee, who outshot the Hogs 26-21 on the evening, won for just the second time in the last seven games.

Rockford falls to 5-7-1 with the loss. The Hogs are back in action tonight in Chicago, then return to the BMO Harris Bank Center Sunday for a rematch with the Admirals.