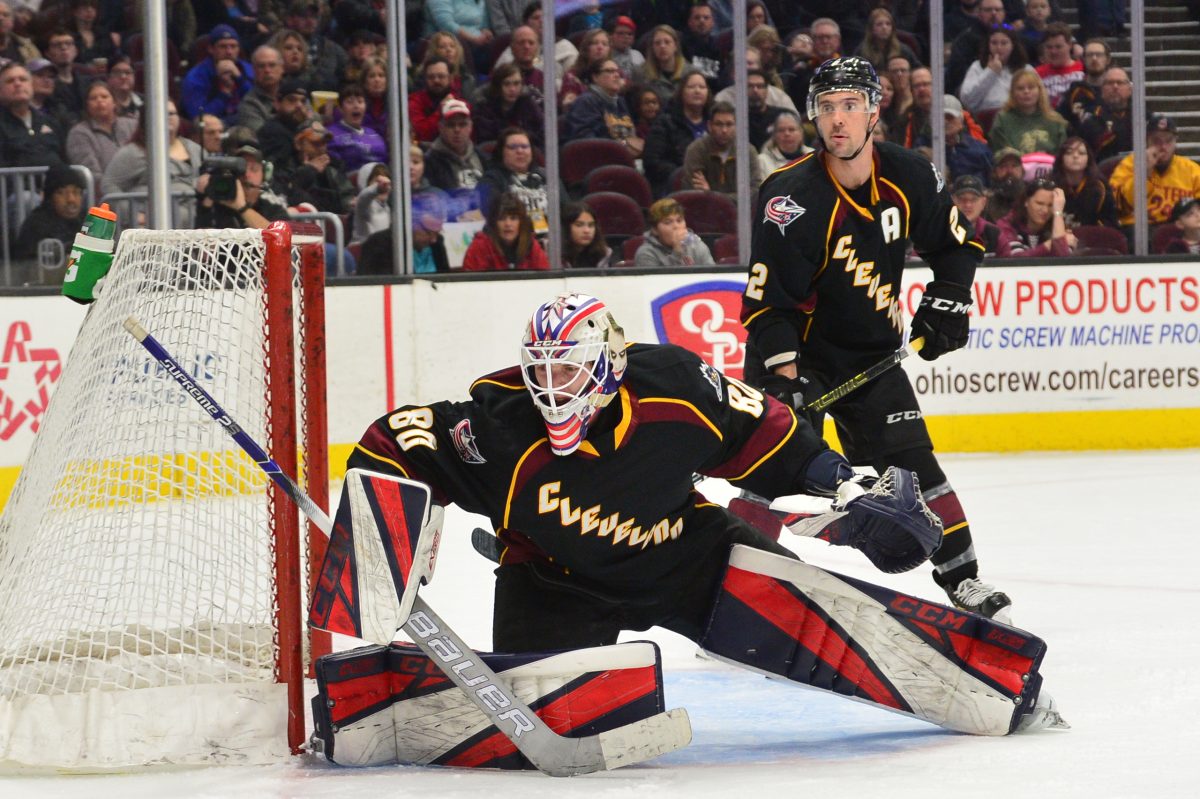 CLEVELAND – Adam Clendening will be representing the Cleveland Monsters in the 2020 AHL All-Star Classic, being one of the last additions to the lineup.

CLEVELAND – Adam Clendening will be representing the Cleveland Monsters in the 2020 AHL All-Star Classic, being one of the last additions to the lineup. Clendening replaces teammate and Monsters co-captain Nathan Gerbe, as Gerbe is currently playing in the NHL with the Columbus Blue Jackets.
Clendening has been a key player for the Monsters, both in production and leadership. In a team decimated by injuries and consistent call-ups to the NHL, Clendening has been a calming and uniting player presence. When he’s on the ice, you will always see him talking to his teammates (especially his goalies) and leading the charge in the defensive zone.
In his 37 appearances with the Monsters this season, he has posted six goals and 24 assists for 30 total points, a plus-7 rating, and 38 penalty minutes. Clendening leads his team in assists, points, and power-play assists (11). League-wide, Clendening ranks in the top ten among all defensemen in points (5th), assists (5th), and power-play assists (T-6th).
The 27-year-old Niagara Falls, NY native was a second round (36th overall) selection of the Chicago Blackhawks in the 2011 NHL Entry Draft. Last summer, he signed a two-year contract extension with the Blue Jackets.
Follow Deana on Twitter for live, in-game coverage and news concerning the Cleveland Monsters! Also, don’t forget to follow The Sin Bin on Twitter and Facebook for all additional AHL, ECHL, and SPHL minor league hockey coverage and insights!