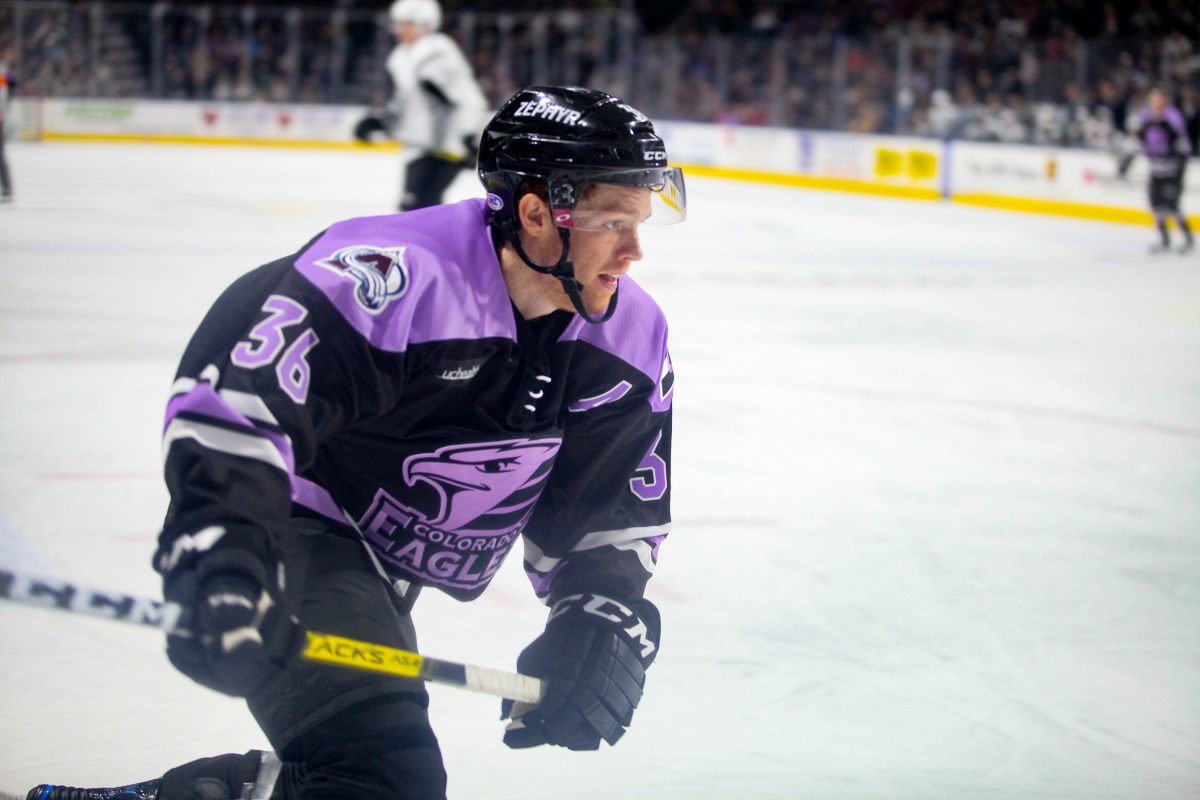 ONTARIO, Calif. – On July 2, 2019, the Colorado Avalanche announced three signings for the upcoming season: defenseman Dan Ranouf, forward Jason Megna, and centerman T.J. Tynan. Ranouf and Tynan had just faced off against one another in the 2019 Calder Cup Final (Ranouf with the Charlotte Checkers; Tynan, the Chicago Wolves), and were now looking to be teammates in the coming season. Tynan was also tied in with Megna, with both skaters growing up in Illinois.
Little did Megna and Tynan know that they would oftentimes be linemates for the Colorado Eagles in 2019-20, with Tynan earning a 2020 All-Star nod for the Western Conference in the process.

Straight away, the most impressive stat from the former Notre Dame standout is that he’s leading the Eagles in points (32) in only 28 games played — Colorado has played 40 games thus far this year. The reason for so few games played is a good one for Tynan: he was up with the NHL’s Colorado Avalanche for 14 games, notching an assist in the process. The playmaker also handily leads the Eagles in assists (28) with the next closest skater totaling 19. He also is tied for second on the club in plus/minus with a plus-11 rating.
Averaging over a point per game this season, Tynan has registered at least one point in 20 of his 28 games played in an Eagles uniform. Of those 20 games, he’s recorded multi-point efforts eleven times, with his most prolific game coming at Ontario on October 11 (three assists). In the Eagles last game before the All-Star break, Tynan recorded the primary assist on a one-timer goal from Jacob MacDonald in a 4-2 loss to San Antonio.


Download the Field Pass Hockey app from the iTunes or Google Play stores or follow @FieldPassHockey on Twitter for the latest news on the AHL, ECHL, and SPHL throughout the 2021 season!