Allen Americans and "Barry the Blogger" Hit the Road

ALLEN, Texas – The Allen Americans hit the road again this afternoon as they fly to Boise to take on the Idaho Steelheads on Wednesday, Friday, and Saturday. The Americans are in the midst of the toughest month of their schedule. It started with a trip to Tulsa, next a trip to Idaho, then a fly and drive to Adirondack, Brampton, and Worcester. At the end of the month a one-game trip to Wichita and another trip to Idaho right after Christmas. The Americans will travel over 11,000 miles traveled this month, luckily most will be by plane.
– Allen will practice as normal today before heading to Boise this afternoon. As coach Steve Martinson said after the Sunday loss to Tulsa, there were too many turnovers and too many penalty kill mistakes. I am sure both will get attention at practice today.
– It was a great weekend for defenseman Jack Sadek. On Saturday, he scored his first pro goal and it was an important one as it tied the score 3-3 on the way to Allen’s 6-3 win over Tulsa. Jack’s plus/minus in the game was +3 which vaulted him into a tie for the best plus/minus in the ECHL for the month of November at +14.
Here is the press release naming Jack and Florida’s Logan Roe as the ECHL’s Plus Performers of the Month: https://www.echl.com/en/news/2019/12/allen-sadek-florida-roe-share-ami-graphics-echl-plus-performer-of-the-month 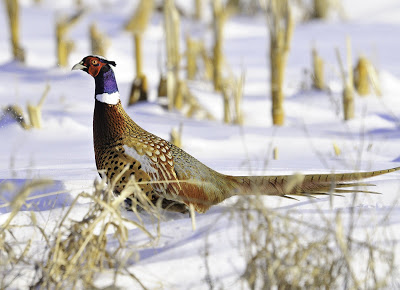 One of the best things about being retired is you have control of your time unlike when you were working. My life long friend and hunting buddy from Minnesota, Dave Carter and I are going pheasant hunting in North Dakota this week. The flight is booked (I will meet Dave in Minneapolis), the hotel (with a heated kennel for the dog and indoor pheasant cleaning room) is booked and all I have left to do is pack. With lows in the single digits and highs in the teens predicted this week in North Dakota and it is always windy, I will have to go in the back of the closet to find the appropriate hunting attire.
Dave and I started hunting together 56 years ago and stomping through snow-filled sloughs and cattails isn’t getting any easier. Luckily, Dave’s black lab, Jett, is in his prime. As you get older and realize these hunts will not go on forever, you cherish the time spent with your best friend out in nature, telling the same stories you have told for 50 years and laughing louder than ever.
That’s a long drawn out way to say I am leaving tomorrow morning for a week of pheasant hunting in very rural and cold North Dakota. I will be back for the Wichita home game on December 10. 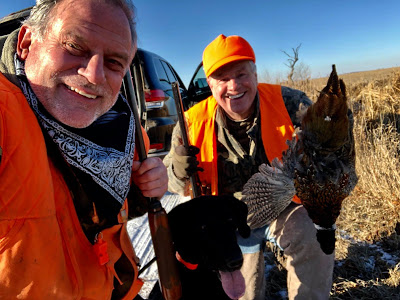 The 70 something old farts head to the field again!

Allen has always been a good road team. Even with their losing road record last season, since joining the ECHL the Americans road winning percentage is .582 with a record of 98-72-9-9. Allen’s home winning percentage is .669 on a record of 105-55-15-5.
For all things Allen Americans, follow Barry Janssen on Twitter @AllenAmericans1. For the latest stats and trends in the ECHL, follow @ECHLStats. And for the latest news on your favorite AHL & ECHL team, “Like” The Sin Bin on Facebook!