ALLEN, Texas – After a long summer being reminded of the worst season in Allen Americans history the page officially turns today as the team took to the ice to begin the 2019-20 season. Here’s a photo of the team taking to the ice for the first time together this morning: 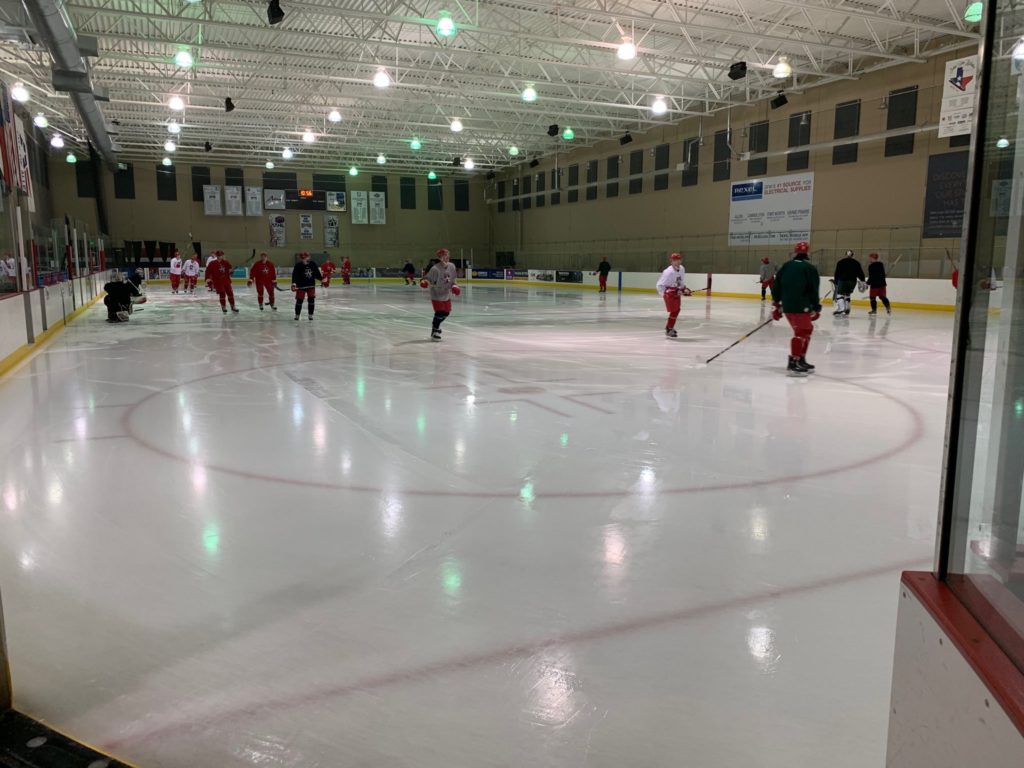 Photo: Barry Janssen/Twitter @AllenAmericans1You will definitely need a program with so many new players on the ice.
Here is the status of the roster as of today. Steve Martinson has 19 players under contract:
Forwards:

Jake Paterson
Evan Weninger
From what I can determine, there are five players on the list above still at AHL training camps. The rest are either back in Allen or on their way back. Here are the five still at AHL camps:
Iowa Wild:

Ragan Nagy
Iowa has assigned six of their contracted players to the Americans:
Forwards:

Dereck Baribeau
– The final component of the training camp roster is up to five players that have been invited to tryout. I don’t have the names but Martinson did share with me that three of the tryout players are from the DFW area. I will have the names tomorrow.
– With the addition of the six Wild contracted players to the Allen roster, the total number of AHL games played by the entire group (25 players) is now at 1140.

The 2019-20 season will be the 11th for the Allen franchise. While Allen missed the playoffs last season the success over the last 10 seasons is unparalleled. Here are the results:
4 – championships (ECHL & CHL)
1 – loss in the finals
1 – third-round loss
1 – second-round loss
2 – first-round losses
1 – out of playoffs