The Sin Bin’s Barry Janssen gives an update on the latest happenings with the Allen Americans, a look at the comings and goings in the ECHL and more

ALLEN, Texas – We are off to Europe for a river cruise (Seine) and visit Normandy so wanted to provide an update on a variety of topics.

– Head coach Steve Martinson had a Q & A with fans at the team store Saturday and brought everyone up to date on his recruiting efforts for next season. He is hard at work identifying players from a variety of sources including those that could come from the Wild, re-signing players from last season, players that are free agents around the ECHL and players coming off NHL/AHL deals. As usual, fans that attended the event got some off the record tidbits.
– The Allen Americans released their 2019-20 schedule this week. I will do a deep dive on the schedule as the season gets closer, but it is noteworthy the Americans will play only eight different teams at home and 32 of 36 homes games are against division opponents. Norfolk, who finished sixth in the South Division last season will visit Allen on November 8 and 9. Kalamazoo, who finished fourth in the Central Division last season will visit Allen on January 10 and 11. Here are the number of home games the Americans will play against Mountain Division teams:
7 – Wichita
6 – Tulsa
6 – Rapid City
6 – Idaho
4 – Utah
3 – Kansas City
– Allen will play 11 different teams on the road. In addition to the six Mountain Division foes, the Americans will visit Cincinnati on November 12 and 14. From December 13-18, Allen will play two games in Adirondack and one each in Brampton and Worcester.

Saturday, all ECHL teams had to submit their season-ending roster of no more than 20 players. It should reveal more players that will not return to Allen next season. Since Allen had only 20 players on their protected list (submitted earlier) you will know any player on the protected list not on the season-ending list will not be back in Allen. As a reminder, here is Allen’s protected list which totals 20 players. The season-ending rosters should be released in the next day or two.
Goalie
Lukas Hafner
Defensemen
Alex Breton
Ben Owen
David Makowski
Joel Chouinard
Duggie Lagrone
Josh Atkinson
Dalton Thrower
Mike Gunn
Curt Gogol
Forwards
Zach Pochiro
Braylon Shmyr
Riley Bourbonnais
Casey Pierro-Zabotel
Thomas Frazee
Spencer Asuchak
Jacob Doty
Gary Steffes
Chad Butcher
Alex Guptill

– Sunday was the first day to sign players for the 2019-20 season. You might look for an announcement of a player signing this week, but my guess is the process might be a bit slower this season than in the past.
– If you track AHL transactions, you have noticed teams have started to announce player signings for next season. Many organizations wait until after the NHL draft (June 21-22) to sign players for their AHL teams. I haven’t seen any announcements from the Iowa Wild, but my understanding is they have signed several players that will likely spend time in Allen next season. Remember, Martinson expects a lot more contracted players from the Wild organization next season, and he has been involved in the process.
– The recruiting process for players coming off AHL/NHL deals that are free agents is now in full swing. There are many familiar names out there who are free agents. Vincent Arseneau is not one of them as he re-signed with Utica (AHL) last week.

– The annual exodus of players from the ECHL to Europe is going strong.  Utah’s leading scorer, Caleb Herbert, is heading to Austria. Fort Wayne’s leading scorer, Justin Hodgman, will be a teammate of Chad Costello‘s in Germany. Idaho’s leading scorer, Steve McParland will play in Italy.  Fort Wayne’s longtime defenseman/tough guy Cody Sol will play in Slovakia. Ben Duffy, who was in training camp with Allen and was Norfolk’s leading scorer, signed in Germany. Former Allen defenseman Travis Brown will play in Denmark next season. Christophe Lalancette, who played briefly in Allen last season has signed to play in Slovakia. There will be many more players signing overseas in the next month.
– Johnny McInnis, who played 23 games in Allen last season, has announced his retirement from pro hockey.
– I am sure most of you have seen the statement Jamie Schaafsma put out this week announcing he will not be returning to Fort Wayne next season (see below). The 36-year-old has played in Fort Wayne the last four seasons and was captain of the team from day one. He has been a player/coach the previous three seasons and this season was named MVP of the team. Fort Wayne recently named a new coach and the team is going in the proverbial “different direction.” Jamie was noncommittal when asked if he will play again next season but did say several teams have contacted him since he announced he was not returning to Fort Wayne. Here is a story written by Justin Cohn with the details:  https://www.journalgazette.net/blog/ice-chips/20190612/delving-deeper-into-ks-schaafsma-breakup

– Schaafsma is a great leader on and off the ice and also a great family man. When he was the captain in Allen, he helped start the intern program with the Allen fire department that still exists today. He has all of the certifications to become a fireman. Whether he plays again next season, takes a coaching job, becomes a fireman or pursues something else outside of hockey he will be successful. Best of luck to Jamie, Nicole and their four children. 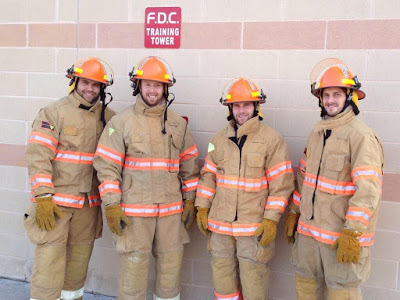 – You know you have made it big when your hometown newspaper writes a feature story about your accomplishment. Such is the case with John Snowden coaching the Newfoundland Growlers to the Kelly Cup. John’s hometown of Snohomish, Washington is a mere 4284 miles from St. John’s, Newfoundland. A great read: https://www.heraldnet.com/sports/how-a-snohomish-product-won-a-pro-hockey-title-in-newfoundland/

Jamie Schaafsma made the championship finals in seven straight seasons playing for four different teams. He won a championship in Italy but will be remembered for winning three straight championships with the Allen Americans. Jamie was the playoff MVP when Allen won their second Central Hockey League championship in 2014.