ALLEN, Texas – The Allen Americans announced Thursday they will retire Riley Gill‘s #30 jersey in a ceremony at the Americans home game on December 19. Gill will join Gary Steffes (#12) as the only two Allen players who have had their jersey retired by the Americans. It is a deserving honor for one of the best goalies in the history of the ECHL. 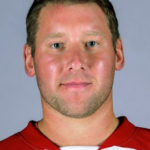 His time in Allen began in 2014-15 when the Americans joined the ECHL and ended at the beginning of the 2017-18 season when he was injured. In Allen’s ECHL history, Gill has played in a total of 175 games; 124 regular season and 51 playoff games, which is 121 more games than any other Allen goalie has played (ECHL only).

Riley was always good for Allen in the regular season winning Goalie of the Year, leading the league in save percentage, and leading the league in shutouts. Gill had two 30-win seasons during his time in Allen. With all of his success during the regular season, he was made for playoff hockey. During his career, he was in three Kelly Cup finals and won all three. For his first Kelly Cup (2013) with Reading, he started the season in the SPHL and didn’t join the Royals until the end of February. He went on to lead Reading to the Kelly Cup with a playoff GAA of 1.91 and save percentage of .930. His record was 13-3-1 and included four shutouts with two of the shutouts in the finals. For his effort, he was named Kelly Cup playoff MVP.

“It’s nice to know you have a veteran back there who can step up when you need him, he gives you peace of mind,” Martinson said.

Riley owns almost every Allen goalie record, both regular season and playoffs, and several ECHL all-time playoff records. Unfortunately, his career was cut short when he was injured in his second game of the 2017-18 season on October 21, 2017. 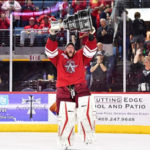 The retiring of Riley Gill’s jersey will be the first of other accolades to come his way in the future. In my view, he is a lock to become an ECHL Hall of Famer. It will be difficult to beat his ECHL playoff records.

Since 1996-97 when the Kelly Cup was first awarded, Riley Gill is the only goaltender who has won three Kelly Cup titles. His playoff games won record is most impressive. He has 53 playoff wins, the next four in wins have 43, 42, 31, and 27. 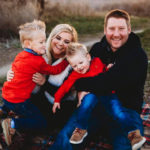 – In addition to being a great hockey player, Riley is the type of guy that excels at everything he tries. He was one of the best golfers in the state of Minnesota when he was in high school and was undoubtedly the best golfer on the Allen Americans. He has been a scratch golfer in the past. He was also the best fisherman on the Americans, something I witnessed many times first hand.

After hockey, Riley and his wife Angie settled in the Dallas/Fort Worth area with their two sons, Jackson (age 5) and Hudson (age 2). Riley owns his own construction company, Riley Gill’s Construction. His dad was a home developer so he grew up around the business and worked construction during the summers. Riley is also able to do some goalie coaching in the area.