ALLEN, Texas – It is getaway day for the Allen Americans as they make the 475-mile bus trip to play the Kansas City Mavericks tomorrow night. The team practiced at 11 this morning and left earlier this afternoon. There will be 21 players on the trip, two goalies, seven defensemen, and 12 forwards. Matt Register and Braylon Shmyr are the only players not available who will stay home.

Here is the travel roster:

Yesterday, Allen announced the signing of two experienced players that have played for Allen in the past. 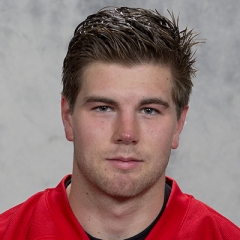 Jake has had two stints with Allen. In 2017-18 he was assigned to Allen late in the season when he was under contract with the Milwaukee Admirals (AHL). He played in 14 regular-season games with a GAA of 2.92 and a save percentage of .917. Jake was the Allen goalie in the 2018 Kelly Cup playoffs when the Americans lost to Idaho in the first round in seven games after taking a 3-0 series lead. Jake’s save percentage in that series was .916.

Last season, Jake returned to Allen and played more games (28) than any of the Americans goalies but did not have a great season. While his record was 18-5-3-1 he had the highest GAA (3.55) and lowest save percentage .899 of the five goalies that played for the Americans last season. Allen had three goalies on the roster for much of last season and that is a difficult environment for a goalie. The other goalies (Dereck Baribeau, Zach Sawchenko, Andrew Shortridge) were all NHL/AHL contracted goalies so many times it was hard to get everyone enough work. When you go a week or more between starts, which happened to Jake several times during the season, it is difficult to stay sharp.

Paterson is 26 years old, stands 6-foot-1 and weighs 190 pounds. He is from the Toronto area. Jake was the third-round draft choice (80th overall) of the Detroit Red Wings in 2012 NHL draft. Paterson signed a three-year entry-level contract with Detroit in 2013 and spent most of his time with the Red Wings ECHL affiliate the Toledo Walleye. In 2016-17, he led the Walleye to the best regular-season record in the ECHL. His record was 34-13-2 with a GAA of 2.28, a save percentage of .918, and seven shutouts. He was runner-up to Riley Gill for the ECHL Goalie of the Year.

Colby McAuley was assigned to Allen for three months in 2017-18 when he was under contract with the San Jose Barracuda (AHL). He signed a two-year entry-level contract with San Jose in 2017. Unlike Paterson who was a highly touted player when he was a junior hockey player ranked as the third-best goalie in North America, Colby wasn’t even drafted by his junior team. He was a free agent invite to the Prince George Cougars (WHL). Here is what was said about Colby when he signed with the Barracuda in 2017. 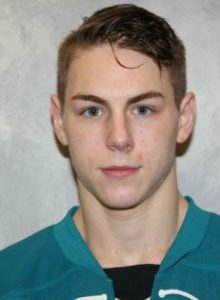 “Colby has worked relentlessly over the past three seasons to get himself to this point and to see him sign professionally with the San Jose Sharks organization is a testament to his passion and his commitment to the game of hockey,” said Cougars General Manager, Todd Harkins. “Colby McAuley is proof that it doesn’t matter if you’re drafted to the WHL, or drafted to the NHL – If you work hard enough and you have the right focus, you’re going to get opportunities at the next level. We are so happy for Colby and his family and we wish him the very best as he continues his pro hockey career with the San Jose Barracuda.”

Colby served as an alternate captain in each of his two seasons in the WHL.

Since turning pro Colby has played in 117 ECHL games for three different teams (Allen, Orlando, Idaho) and has 76 points (34G, 42A). He also has 36 AHL games to his credit, all with San Jose, and has 10 points (4G, 10A). The 6-foot, 185-pound left-shot forward has played center and wing but will start out as a winger in Allen. McAuley is the type of player that fits well in Steve Martinson‘s system. He has a combination of skill and toughness, is a hard worker at both ends of the ice, will finish his checks, and isn’t afraid to drop the gloves if the situation calls for it.

McAuley finished last season with Idaho and had re-signed with the Steelheads before they opted out of the 2020-21 season. When Colby re-signed with Idaho in July his coach noted what makes Colby special in addition to his skill is his character, work ethic, and personality.

The long-awaited AHL schedule has been released. Remember, the expectation is the AHL regular season will conclude in early May and there has been no announcement on their playoffs.

There were eight more players added to the Commissioner’s Exempt List yesterday which makes a total of 26 in the last four days. Tulsa has added four players to the list since Tuesday but have continued to play and will take on Indy at home tonight and Saturday. Allen visits Tulsa on Sunday.

Fort Wayne won’t start playing games until February 12. Since the standings will be determined by point/winning percentage the Komets seem to have an advantage since they will play far fewer games than the other 13 teams playing. The final ECHL schedule is still not out but Fort Wayne could end up playing about 20 games fewer than the other 13 teams. Even more of an advantage is in their first month the Komets will play 13 games but nine of them are against Wheeling whose win/point percentage is a paltry .350.