Anas Nets Two, but Stars Hang On to Down Wild

DES MOINES, Iowa – The Texas Stars scored three second period goals, then hung on for a 4-3 victory over the Iowa Wild on Saturday.

Anas Nets Two, but Stars Hang On to Down Wild

DES MOINES, Iowa – The Texas Stars scored three second period goals, then hung on for a 4-3 victory over the Iowa Wild on Saturday. Ten different players found the scoresheet for the Stars, who defeated the Wild for the eighth straight time at home. The loss spoiled a big night for Iowa forward Sam Anas, who scored two goals in his first multi-goal contest of the season.

Anas came away with the only goal of the first period. The Iowa forward picked up an errant pass in the Wild end, then headed the other way. He passed it to Nico Sturm just before he entered the Texas end. Sturm waited for Anas to come swooping across the crease before hitting him with a perfect pass that allowed the Iowa forward to move to his forehand, then to his backhand before sliding the puck between the legs of Texas goaltender Landon Bow for his fifth goal of the year.
The Wild held to 1-0 lead entering the second, but a couple of bad breaks allowed the Stars to take the lead. The first came at 1:15. Josh Melnick won the draw back to the point. Gavin Bayreuther fired a shot from the blue line that Robson kicked toward the corner, but the puck hit off the referee and right to Melnick. He fired a pass to Reece Scarlett just above the faceoff circle, who beat the Iowa goalie with a shot over Robson’s shoulder to tie the score at one. 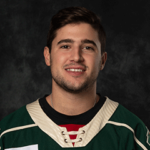 At 5:45, the Stars took the lead. Joel L’Esperance gained control of the puck in the Iowa end. He moved down along the boards into the corner, firing a shot toward the crease area. The puck hit off the back of Robson’s mask, dropping into the goal for his seventh tally of the year.
With a little less than three minutes left in the frame, the Stars extended their lead to two. The Texas forecheck was making it impossible for Iowa to clear the puck out of their end. Emil Djuse was able keep the puck in after an attempted clearing pass. He skated down the slot to the right of Robson, then fired a perfect pass across the crease down low to Jason Robertson, who buried the one-timer for his seventh goal of the year. That made it 3-1 heading into the second intermission.
The third period was totally dominated by the Wild. After a relatively tight-checking first two periods that saw the Stars outshoot Iowa 19-18, the Wild nearly matched that total in the third, outshooting Texas 17-4.
The frenzy would result in a goal for the visitors 4:43 into the frame. Matt Bartkowski took the puck from behind his own net, heading toward the Texas end with a full head of steam. He crossed the blue line before passing the puck to Luke Johnson. Johnson moved in on Bow, looking like he was going to take the shot. Instead, he quickly moved around the net before tucking in the wraparound chance for his second goal since joining the Wild.
Iowa was right back in it, but 29 seconds later, Texas extended their lead back to two when Dillon Heatherington’s shot from the point was deflected by Joel Kiviranta. Robson got a piece of it, but he could not haul it in, as the puck crept across the line and in to make it 4-2. 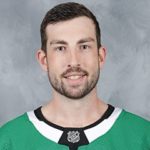 Anas made this a one goal game once again, netting his second goal of the contest with a little less than nine minutes left in the game. Anas passed the puck out of his end to Brandon Duhaime. Duhaime carried the puck into the Texas end before firing a shot from about 20 feet away. Bow made the save, but the rebound came right to Anas who was crashing the net. He fired in the rebound to make it 4-3.
The Wild dominated play over the final two minutes looking for the equalizer, but they could not get one more past Bow. The Texas netminder finished with 32 saves. Anas was the only player from either team who had more than one point in the game.
The Iowa Wild (11-6-4) will start December by remaining in Texas as they take on the San Antonio Rampage on Sunday. The puck drops at 3:00pm CST.
Follow Robert on Twitter for updates, news, and notes concerning the Iowa Wild!