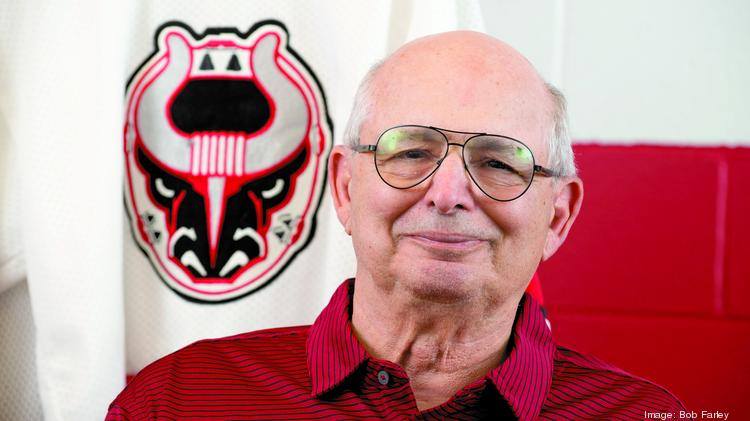 Monday morning, one of the most influential names in minor league sports passed away peacefully at his home.

BIRMINGHAM, Ala. – Monday morning, one of the most influential names in minor league sports passed away peacefully at his home. Art Clarkson was the managing partner of the SPHL Birmingham Bulls from the announcement of the team on April 26, 2017, until his retirement on May 31, 2019.
On the rebirth of the Birmingham Bulls in the SPHL, Clarkson was often asked why, and his response was simple: “unfinished business.” In 1992, Clarkson brought hockey back to Birmingham, ending an eight-year drought of the sport in Birmingham. Under Clarkson’s leadership, the Birmingham Bulls were one of the highest drawing teams in the ECHL. Eighteen years after the Bulls left the ECHL and over 25 years since the game, the Birmingham Bulls still have the fifth-most attended game in the ECHL’s 31-year history. On January 22, 1994, before a crowd of 15,171, the Bulls defeated the Charlotte Checkers by a score of 3-1.
Clarkson maintained ownership of the ECHL Bulls until the 1997-98 season when he sold the team to the Berkman Group. Under the new ownership, the Bulls franchise saw a continuous drop in attendance, which led to the team eventually being sold to George Shinn in 2001.
Throughout Tuesday, reaction to Clarkson’s passing has been pouring in. Birmingham Bulls team president, Joe Stroud has this to say about Clarkson:

“The sports world lost a pioneer today. Art prided himself on being the PT Barnum of minor league sports and he lived every minute of every day being the heartbeat of his team.”

Current Birmingham Bulls Head Coach and former team captain of the Bulls during Clarkson’s ownership of the ECHL Bulls, Jamey Hicks had this to say:

“Art was as much as a friend as he was my boss, I can’t thank him enough for introducing my family to the Bulls logo. I miss him already. In my eyes, he is Mr. Hockey of Birmingham but he will always be known as a pioneer of minor league sports. Our thoughts are with Kathy, the kids, and the extended family.”

SPHL President, Doug Price, on the passing of Clarkson:

“Art Clarkson was synonymous with Birmingham sports, bringing professional hockey back to the area not once, but twice. Having known Art since our days in the ECHL, he will be greatly missed by everyone who knew him and his passion for his teams.”

“I would also say that Art is the one who gave me an opportunity in Birmingham back in 1996. And through that, I was able to come and meet so many people, whether inside or outside the game, that remain dear friends to this day and the reason to make trips back whenever I can. It was very special in February 2018 to be able to come and see a game at Pelham, to spend time with the Bulls family and fans. And it’s Art I have to thank for all the wonderful people I’ve met.”

As a writer now covering the Birmingham Bulls, Art Clarkson was indirectly the reason I get to do so today. Without Clarkson bringing the Birmingham Bulls to Birmingham in 1992, I wouldn’t have ever attended a hockey game as a teen. I would have never fallen in love with the sport of hockey and would have never gotten the chance to know Art. I am thankful for the times we were able to talk off the record, and I glad I got to know Art Clarkson.
As a fan, I can’t ever say thank you enough for his love of the city of Birmingham and his continuous efforts to make Birmingham a not just a hockey city but a minor league city that Birmingham sports fans can be proud to support.
On behalf of The Sin Bin staff, we send our condolences to Kathy Clarkson and the children and grandchildren of Art and Kathy.