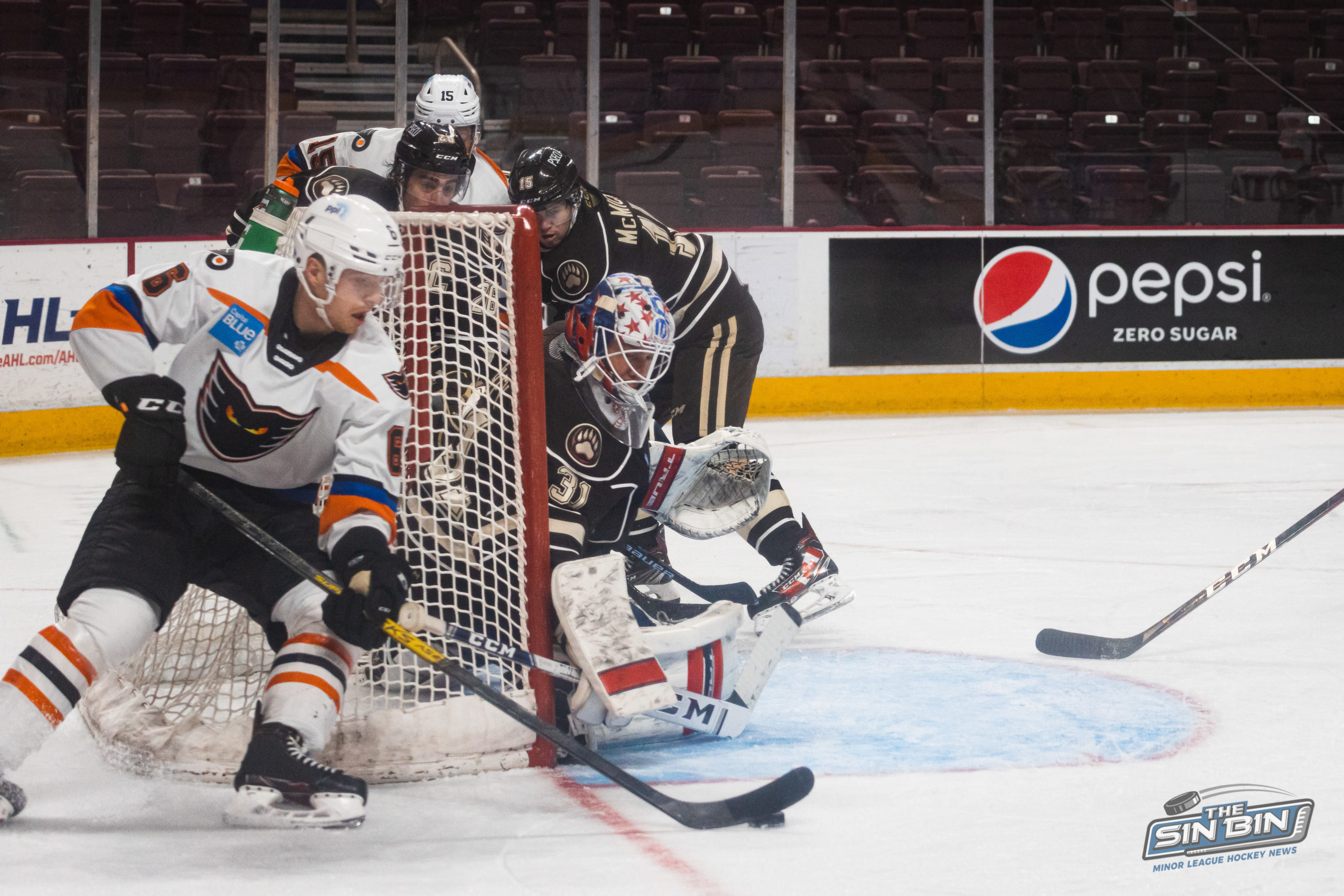 HERSHEY, PA – The Hershey Bears announced that the club signed forward Blake Pietila to a professional tryout agreement (PTO) on Monday. Pietila, who turns 27 on February 20, has skated in 266 AHL contests over five seasons, collecting 142 points (71 goals, 71 assists). The forward has four points in 38 games at the NHL level with New Jersey and had a career-best 20 goal season with the Binghamton Devils during the 2018-19 season, in which he put up 46 total points in 50 games played.

The move comes on the same day that the Washington Capitals re-assigned defender Martin Fehervary and goaltender Pheonix Copley to the club’s taxi squad, although there’s plenty of time before the Bears play their next game on Thursday for things to change. The Bears also recalled defender Tyler Nanne from South Carolina as he continues to rehab an injury sustained earlier this season. The team released goaltender Charles Williams from his professional tryout agreement.

The Bears are hoping that Pietila will provide the scoring he had during the past few seasons, and his experience will go a long way with the team. The Bears are a youthful team that lost a lot of its veteran scoring due to both the taxi squad rule and Washington’s roster struggles that saw forward Phil Maillet make his NHL debut on Sunday against the Philadelphia Flyers. Losing forwards like Maillet, Mike Sgarbossa, and Daniel Carr have left a bit of a scoring void, and Pietila’s skill and versatility should help boost the Bears’ lineup. If he’s able to score, it will go a long way towards reversing decisions like Saturday’s season opener, in which the Bears missed a few key opportunities that allowed opponent Lehigh Valley to stay in the game. As an interesting footnote, Pietila once got into a fight with former Hershey blueliner Connor Hobbs during the 2017-18 season.


Hershey visits the Mohegan Sun Arena to take on the Wilkes-Barre/Scranton Penguins on Thursday evening.