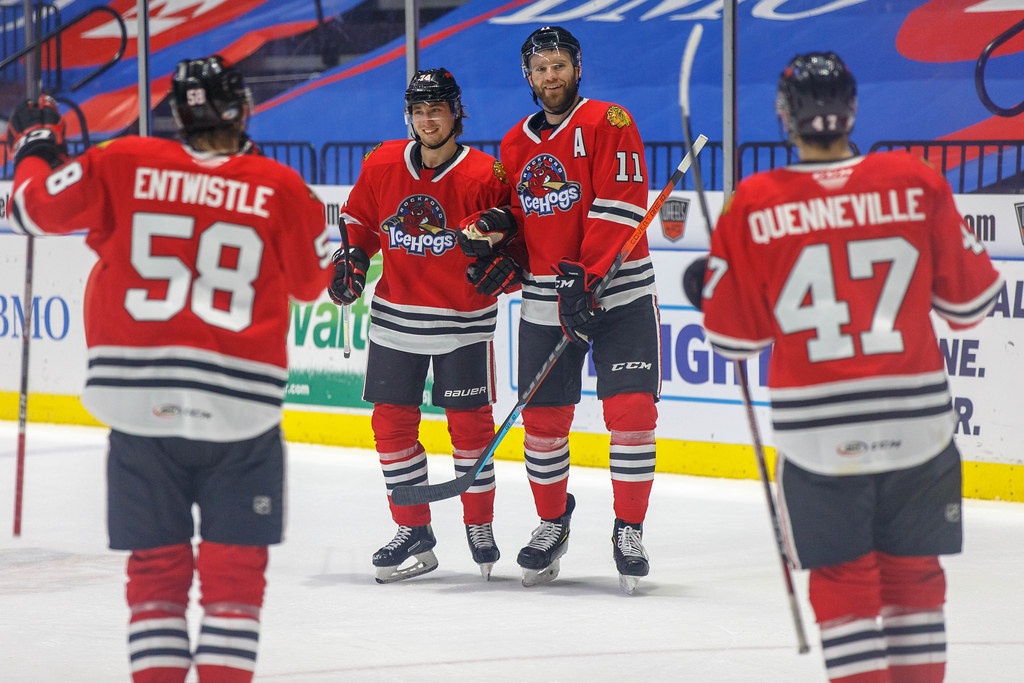 HERSHEY, Pa. –  The Hershey Bears unveiled the first new signing of the offseason on Thursday, adding veteran defenseman Cody Franson by way of an AHL contract for the 2021-22 season.

The 6’5, 227-pound defender has nearly 900 games of professional experience and spent the 2021 campaign with the Rockford IceHogs as an alternate captain, skating in 26 games. The 33-year old defender has skated in 550 NHL games in his career and tallied 17 points (four goals, 13 assists) this past season. Franson adds a valuable veteran experience as well as a right-handed shot that the Bears are sorely lacking on the defensive end so far.

Franson broke into the AHL during the 2007-08 season with the Milwaukee Admirals until he graduated to their NHL affiliate in Nashville during the 2009-10 season, playing for the Predators, Toronto Maple Leafs, Buffalo Sabres, and Chicago Blackhawks. While in Chicago, he spent time playing for their AHL affiliate with Rockford and parted ways following this past season. Franson has demonstrated that he is able to score from the blue line, scoring 43 goals and having 169 assists during his time in the NHL, with a single-season high of 33 points (five goals, 28 assists) set during the 2014-15 season with the Toronto Maple Leafs. He tallied 28 points (nine goals, 19 assists) in 37 games with the IceHogs during the 2017-18 season. During that same season, Franson had 13 points (six goals, seven assists) in 13 games during the Calder Cup Playoffs.

Franson won several awards during the 2021 season with Rockford, earning the team’s MVP honor as well as being named to the AHL’s Central Division All-Star Team. Franson finished tied for 13th in scoring amongst AHL defenders during the season, and was second only to Dylan McLaughlin on the IceHogs in team scoring. Franson has a cumulative 140 points (37 goals, 103 assists) in 221 regular season AHL games, with 23 of his tallies on the power play, giving Hershey another valuable asset to their special teams unit.

Cody Franson is just a *little* excited about this goal. #TEXvsRFD pic.twitter.com/BmyJKmWj3w

Franson joins a defensive group headlined by Washington prospects Alexander Alexeyev and Bobby Nardella, and has been recently bolstered by the re-signings of Eddie Wittchow and Macoy Erkamps. The Bears’ home opener is on October 16 against the Charlotte Checkers.