The Brampton Beast kicked off their 2020 offseason class by signing a trio of strong-willed, core building leaders.

BRAMPTON, Ont. – The Brampton Beast kicked off their 2020 offseason class by signing a trio of strong-willed, core building leaders.

On July 2nd, the team kicked off their offseason signing class by returning what coach Spiros Anastas calls a “steady defenseman.” Cam Bakker has signed for his first full ECHL season with the Beast. 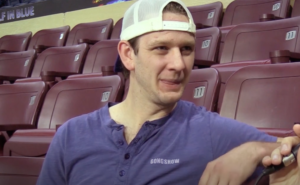 The 27-year-old Bakker from nearby Kenmore, Ontario has played previously with the South Carolina Stingrays, Pensacola Ice Flyers, and Roanoke Rail Yard Dawgs of the SPHL, the Cornwall Nationals of the FPHL, and in the NCAA with Liberty University for four years.

Anastas describes Bakker as a smooth-skating, two-way defender who has a ton of grit. After being called up last season to the Beast, Cam scored four goals and accumulated 12 points in 43 games.

“[HE] WAS SOLID FOR US IN 43 GAMES LAST YEAR AFTER PLAYING 42 FOR ME [THE YEAR BEFORE] IN SOUTH CAROLINA.” ANASTAS SAYS.

Bakker will be expected to take the next step on the Beast blueline this coming season. With familiarity in Anastas’ systems, he can be an asset to helping younger defensemen learn the style of play while adding grit and leadership on the ice.

Days later, the Beast added tenacity and a non-stop motor to their lineup. With their first forward signing of the offseason, the team announced that Oakville native Patrick Megannety is returning to Brampton.

He returns to the Beast after a short stint with the club 2015-16. In eight games played, he scored one goal. 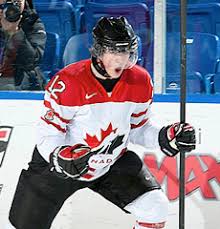 Patrick has also played for the Allen Americans and South Carolina Stingrays, the Pensacola Ice Flyers of the SPHL, and spent four years at Clarkson University. He spent the Coronavirus-shortened 2019-20 season he with the Ice Flyers, where he scored 12 goals and chipped in with 26 assists (38 points) in 39 games.

While with Clarkson University, Meganetty won the Fran Negrin Award for the player who displays unselfish play and sportsmanship both on and off the ice. Those who watched him at Clarkson describe him as a hard-nosed player.

“HE IS ONE OF THE HARDEST-WORKING PLAYERS I HAVE EVER COACHED,” ANASTAS told the sin bin. “HE’S A PEST TO PLAY AGAINST AND DOES ANYTHING FOR THE TEAM.” 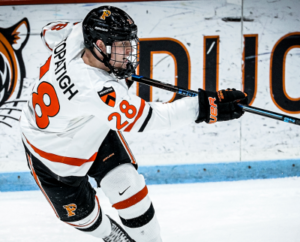 On July 10, the Beast inked the 23-year-old who hails from nearby Mississauga, Ontario to round up their initial wave of signings.

Last year’s captain with Princeton University scored five goals and 14 assists (19 points) in 31 games, ranking him fifth in the country in points-per-game among defensemen.

During Topatigh’s four-year tenure at Princeton, he stocked up the hardware, winning numerous awards. Among them include being an East Coast Athletic Conference Champion in 2018, and the Richard F. Vaughan Cup for the player who best exemplifies perseverance and dedication to Princeton Hockey in 2020.

“He is a steady right shot Defenseman who is reliable in his zone and can chip in on offense.” Anastas says. “He will bring leadership qualities to our group right away.”

The signings of Topatigh, Megannety and Bakker are an indication to fans that the Beast are looking to have leadership throughout the lineup, a steady defense, combined with a group up front that is tenacious on the puck at all times.

Keep track of all the signings and movement during the 2020 ECHL offseason by visiting our ECHL Transactions page!