DES MOINES, Iowa – Louie Belpedio scored the game-winner with one minute left in overtime as the Iowa Wild defeated the San Jose Barracuda 4-3 on Saturday night.

DES MOINES, Iowa – Louie Belpedio scored the game-winner with one minute left in overtime as the Iowa Wild defeated the San Jose Barracuda 4-3 on Saturday night. Dmitry Sokolov scored a pair of goals, extending his consecutive point streak to five as the Wild rallied from two goals down to move to 5-2-1 this month. 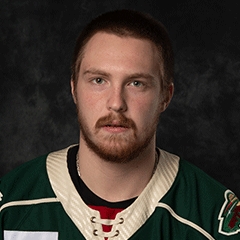 San Jose took the lead early in this contest, scoring a short-handed goal just 1:02 seconds into the contest. The Wild shot was saved by Zachary Sawchenko, but the puck was loose in front of the San Jose net. Nick DeSimone eventually knocked it to Evan Weinger about five feet from the crease. He then split between two Iowa defenders and the race was on. Weinger was able to beat Brennan Menell through the neutral zone and into the Iowa end. He then went to his backhand, sliding the puck through the legs of Mat Robson and in for his seventh goal of the year.
Eight minutes later, the Barracuda extended their lead to two as San Jose used a great tic-tac-toe play for the goal. Lukas Radil had control of the puck just inside the Iowa end. He fed it to Noah Gregor as he came across the Wild blue line, who made a one touch pass to Dylan Gambrell crashing the net. Gambrell stuck his stick out, deflecting the puck up high and in for his third goal of the year. It was looking like the Barracuda were going to blow this game wide open. 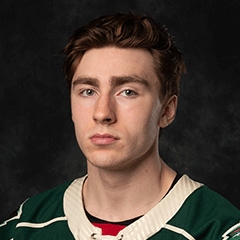 The Wild were dominating play, outshooting San Jose 16-8 through the first period, but had nothing to show for it. That is, until Sokolov scored his 10th goal of the year with 3:28 left in the first.  With the faceoff in the Barracuda end, Connor Dewar won the draw just behind him. Sokolov moved in, scooped up the loose puck, then fired a laser wrist shot that beat Sawchenko. The tally was the fourth straight game that Sokolov has scored a goal.
The second period was dominated by the Wild as they would take the lead for the first time in the contest. At 4:23, Nico Sturm had the puck along the boards in the San Jose end. He made a nice cross-ice feed to Will Bitten who fired the one timer, but Sawchenko made the save. However, the rebound came right to Kyle Rau on the other side of the net, who tucked the puck into the empty goal for his ninth tally of the year. 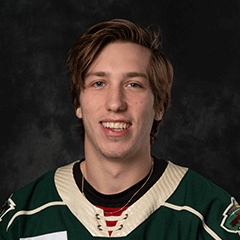 Thirteen minutes later, the Wild took the lead. With Iowa on the power play, the pass came to Sokolov who missed the open net, but seconds later he redeemed himself. Belpedio made a cross ice feed to the Iowa forward. He corralled the puck on his stick, then fired a wrist shot that found the far corner for his second goal of the game.
The Wild had battled back with three unanswered goals and looked like they would skate away with the one-goal victory, but Jacob Middleton extended the contest with his first goal of the year with 95 seconds left in the game.
Iowa was on the power play, but it would be the penalty killing unit of the Barracuda that would deliver their second short-handed goal of the contest. Gregor brought the puck out of his end, passing it back to Jonny Brodzinski, who gave it right back to Gregor just before he entered the Wild zone. Gregor made a beautiful pass between two Iowa defenders to Middleton, who moved in on net before firing a wrist shot that beat Robson and the tied the game. 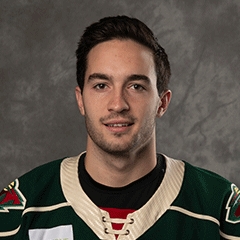 That sent the contest to overtime, where Belpedio would win it with a great individual effort. With a little over a minute left in the extra frame, Rau took the puck in his own end and burst through the neutral zone toward the San Jose net. He fired a shot that Sawchenko saved, but the puck went into the corner where Rau outhustled the Barracuda defender to gain control. He passed it up the boards to Bitten, who then fed it to Belpedio near the blue line. Belpedio then skated down the boards, going behind the net before coming to the faceoff circle on the other side. He retreated briefly back toward the end boards as a San Jose defender approached, then headed back toward the blue line, moving across the slot before turning and heading toward the goal. The Wild defenseman then backhanded a shot just under the crossbar and in for his third goal of the year, giving the Iowa Wild a 4-3 victory.
Bitten and Dewar each recorded two assists for the Wild. Belpedio had a goal and an assist. Robson finished with 23 saves to earn the victory. Gambrell had a goal and an assist and Gregor had two assists for the Barracuda.
The Iowa Wild (23-14-5) take to the ice again on Monday when they welcome the arch rival Texas Stars (19-17-4) for an early matinee contest. The puck drops at noon CST.
Follow Robert on Twitter for live, in-game coverage and various news & notes on the Iowa Wild! Don’t forget to follow The Sin Bin on Twitter and Facebook for all additional AHL, ECHL, and SPHL minor league hockey reporting and insights!