In the Corners Podcast

During this extended minor league hockey offseason, The Sin Bin is digging into the archives to bring back select installments of the In The Corners Podcast with C.C. Hawkley. Enjoy as we take a walk down memory lane and present these past podcast episodes! 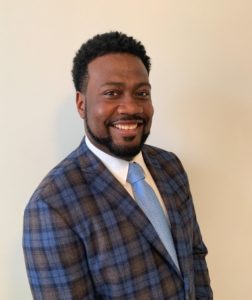 On August 7, 2020, Everett Fitzhugh was named the first broadcaster for the NHL’s Seattle Kraken. More importantly, his employment is the first time an NHL team has hired a black broadcaster in the league’s 100+ years of existence. Fitzhugh will begin calling games when the Kraken begin their inaugural season in 2021-22.

Before making history as an NHL play-by-play man, Everett called games for the ECHL’s Cincinnati Cyclones from 2015 to 2020. On March 26, 2019, host C.C. Hawkley invited Everett on to talk about the dominant Cyclones solidifying their postseason push and his personal journey to the broadcast booth!

In addition to the now AHL-exclusive podcast In The Corners with C.C. Hawkley & Sean O’Brien, The Sin Bin also has an ECHL-specific show (Three Periods Podcast), Emmy award winner Ben Holden interviewing for No Holden Back, two team-centric AHL podcasts for the Colorado Eagles (Tape to Tape) and Syracuse Crunch (Syracuse Speaks), and an Editor’s Corner interview show in Hockey Talk!

Give a listen and subscribe to all of them on Apple, Google, and all major podcast platforms!

More in In the Corners Podcast