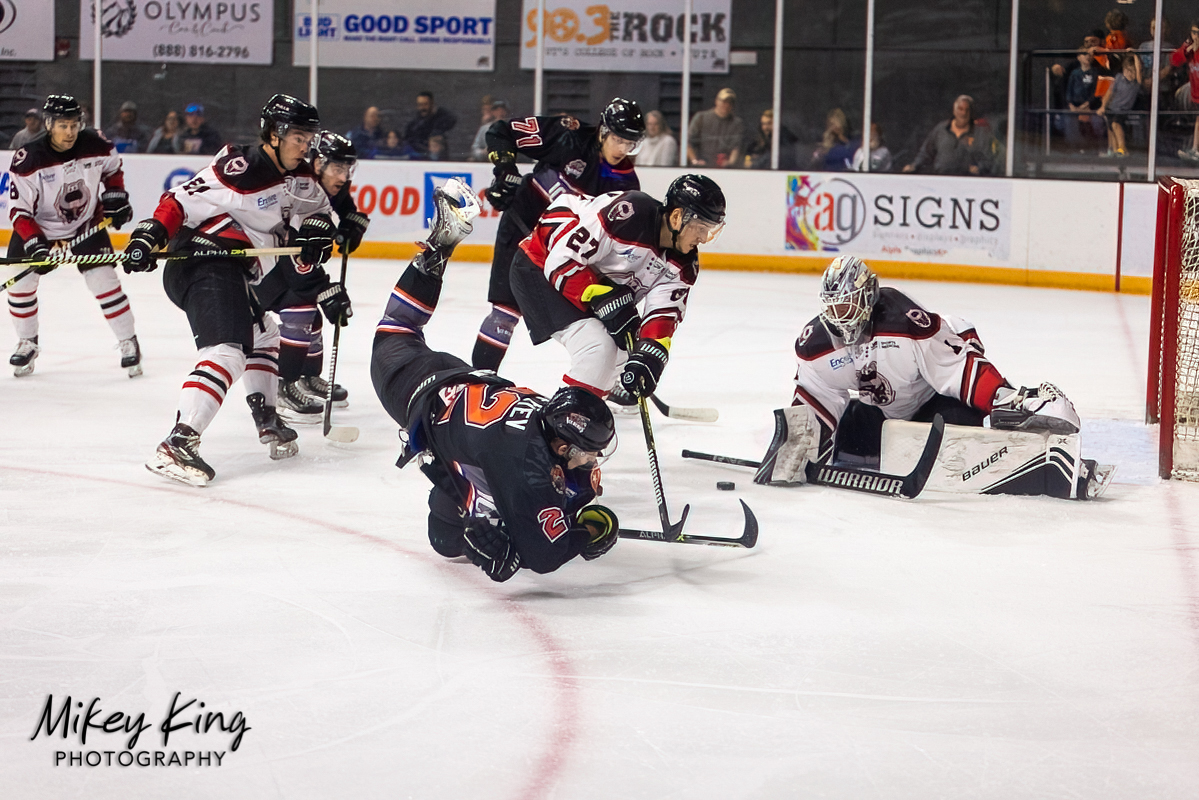 The first period was a back and forth with only one goal from Knoxville’s Kyler Matthews. The Ice Bears ended the first with a 1-0 lead.

Stepan Timofeyev extended his goal streak to seven games with a power-play goal early in the second period to put Knoxville up 2-0. The Bulls answered back in less than a minute with a goal from Jordan Martin. Razmuz Waxin-Engback added one more for the Ice Bears. With less than a minute left in the second period, Colton Fletcher put one past Kristian Stead to make the score 3-2 in favor of the Ice Bears going into the third period.

Timofeyev extended Knoxville’s lead to 4-2 at the 11:13 mark of the third period. Scott Donahue brought the Bulls within one, but they were not able to complete the comeback. Knoxville took the 4-3 win and moved into a tie for first place in the standings.