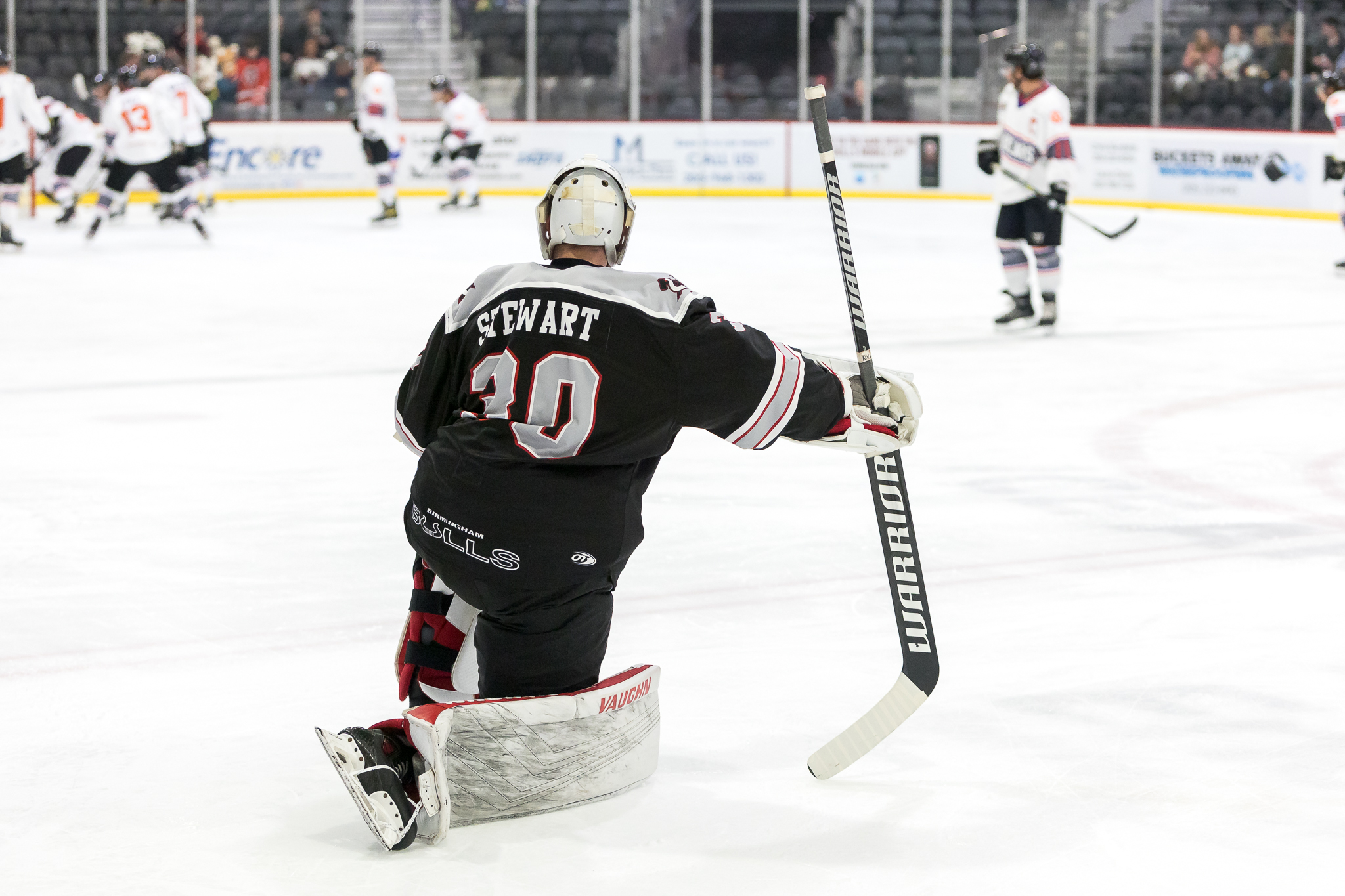 Birmingham Falls to Ice Bears in a Penalty Filled Affair

Friday night at the Pelham Civic Complex was a very eventful night that featured 10 combined goals and 112 penalty minutes.

Birmingham Falls to Ice Bears in a Penalty Filled Affair

PELHAM, Ala.- Friday night at the Pelham Civic Complex was a very eventful night that featured 10 combined goals and 112 penalty minutes. For the third straight game, the Knoxville Ice Bears traveled down south to face the Birmingham Bulls. The Bulls set out to find some offense after being shut out Thursday night by the Mayhem and both meetings against the Ice Bears over Thanksgiving weekend. Offense was found, but unfortunately for Birmingham, they still fell 6-4, which puts the Bulls winless streak at seven games now.

The first period got going quickly when Knoxville’s Stefan Brucato beat Hayden Stewart 1:40 into the game, and you just got a feeling things weren’t going to go well for the Bulls in this one. Carson Rose, however, had other plans when the Bulls went on their first of three opportunities on the 5-on-3 powerplay. Rose beat reigning SPHL player of the week Jimmy Poreda top shelf stick side, and the teddy bears started raining from the seats. Late in the first, the Ice Bears regained the lead when Razmus Waxin-Engback sent the puck into a wide-open net with 52 seconds remaining.

The second period is where things got a little out of hand, and there was a total of 62 penalty minutes between the two teams. A majority of those came around the 19:19 mark when Andrew Bellant of Knoxville hit Rose high while taking a shot. Rose laid motionless on the ice momentarily, but chaos would ensue at this point. Frank Sullivan left the Bulls bench and chased down Bellant; despite Sullivan and Bellant’s efforts to get at each other, the linesmen were able to keep things from getting too out of hand. Both Bellant and Sullivan were tossed from the game. Before the incident, Rose did register his second goal of the night, which at that point tied the game up at three goals aside. However, when the second period came to an end, the Bulls found themselves trailing 5-3.

With tensions high heading into the third period, the referee and linesmen were griping their whistles tight to ensure this game didn’t get entirely out of control. 42 penalty minutes were registered in the period. A couple of fights broke out, one of those fights being Bulls captain Mike Davis late in the period, which resulted in Davis getting a game misconduct. This penalty came shortly after Davis cut Knoxville’s 6-3 lead down with his fifth goal of the season. Knoxville’s Razmuz Waxin-Engback completed the hat trick when he scored at the 14:52 mark of the third period, this was the Swedish winger’s first professional hat trick. When the final horn sounded, though, Birmingham found themselves on the wrong side of the scoreboard and once again searching for answers on what to do to get out of this slump.

After the game, it was confirmed that Rose is doing ok after taking that scary hit to the head. I wouldn’t expect to see him on the ice Saturday night against Evansville. Still, it is comforting knowing that he was alert and watching the third period from the tunnel. Sullivan and Davis have both received suspensions for their actions in Friday night’s game. Sullivan will sit for three games for leaving the bench, Davis was handed a suspension for an instigator in the final five minutes of regulation. Also, Andrew Bellant has received a one game suspension for an illegal check to the head.

Next up for the Bulls is a trip Saturday to Evansville, where they will face the Thunderbolts and complete their 3-in-3 weekend for the second week in a row. Evansville will be coming off a 4-3 overtime win against the league-leading Huntsville Havoc. This will be the third matchup between the two teams this season, with Evansville winning in both contests.