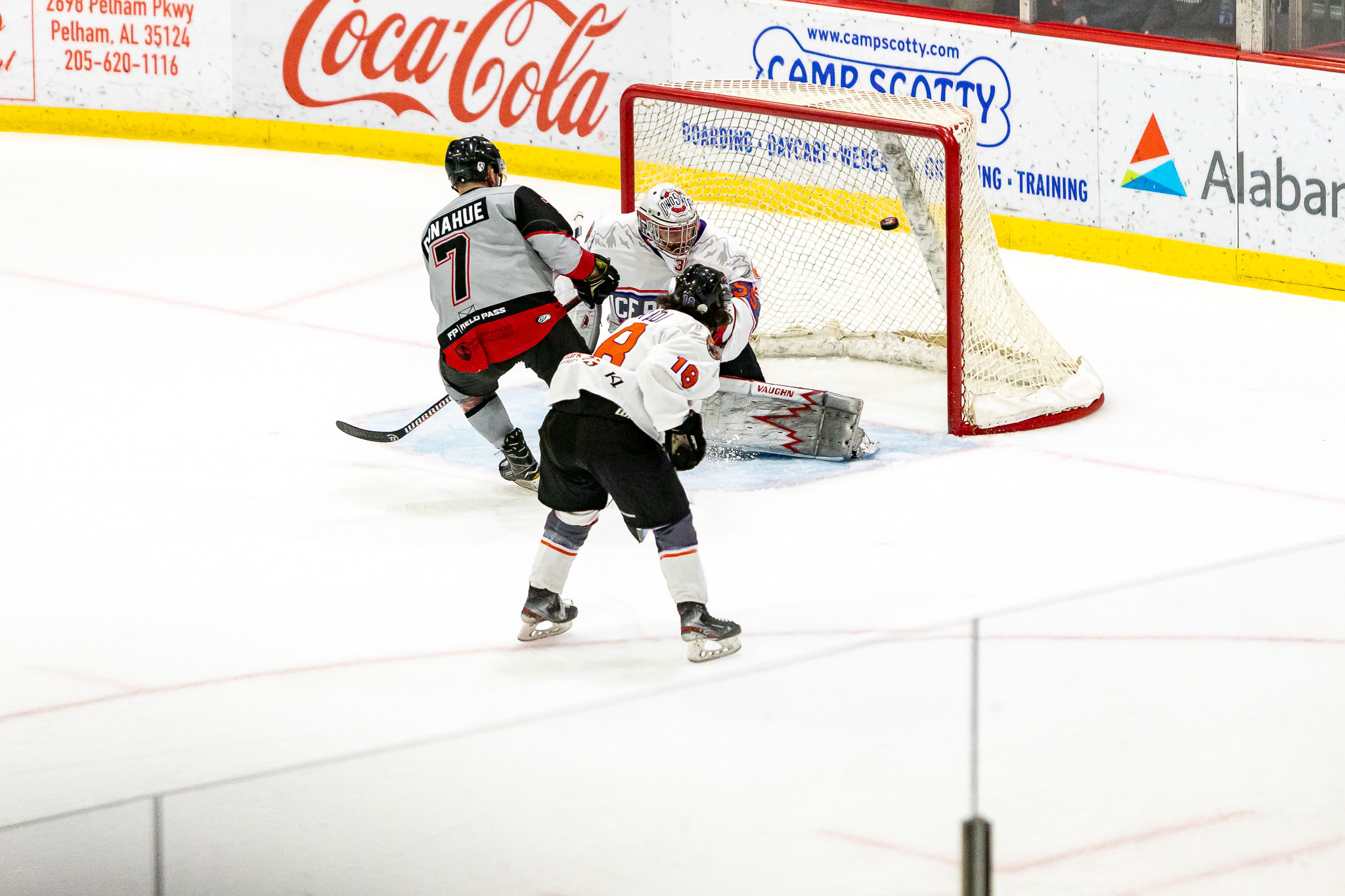 Pelham, Ala. – On Thursday night, the Birmingham Bulls welcomed the top team in the SPHL, the Knoxville Ice Bears. On paper, this one should have been an easy one for the Ice Bears, who had only lost four games all season in regulation. On the ice, however, it was a whole different story as the Bulls took down the Ice Bears in dominating fashion by a score of 7-4.

The first period finished the period with each team having 16 shots on goal. Birmingham, whose penalty kill has been sharp as of late, even had to kill off two penalties to Knoxville’s one. The story of the first was solid goaltending as Austin Lotz stood tall in net for the Bulls just as Sammy Bernard did across the ice for the Ice Bears.

The second period was essentially a completely different game. Bulls newcomer Jake Pappalardo scored just twenty-nine seconds into the period giving him his third of the season and third in three games with Birmingham. Not long after, Colton Fletcher, who was traded to the Bulls for Kasey Kulczycki from the Ice bears after the Christmas break, had something special for his former squad. It came in the form of a goal. That one came just one minute after Pappalardo’s goal, and suddenly the Bulls looked like the number one team in the league.

As any good team would do, the Ice Bears rallied back at the 5:10 mark of the period when Stepan Timofeyev beat Lotz on a beauty of a goal.

Just past the midway point of the middle frame, Kulczycki was called for holding, and the Bulls got their second opportunity on the powerplay. Pappalardo found Mike Davis in the slot, and the captain buried the puck in the back of the net, giving the Bulls a two-goal lead once again. The scoring was not over yet. With under five minutes to play, Riley Robertson snapped one passed Lotz, and the Ice Bears closed the gap once again. However, Carson Rose, the rookie forward for the Bulls, had something to say about that. 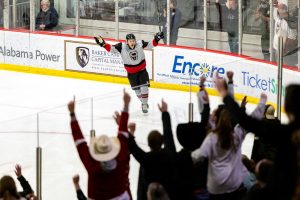 Just twenty-two seconds later, the puck found its way to him in the high slot, and he sent a wrist shot screaming past Bernard; once again, the Bulls had a two-goal lead. At this point, the Ice Bears coaching staff pulled Bernard from the net, replacing him with former Bull Evan Moyse.

With 1:09 remaining in the period, Scott Donahue got the puck on a breakaway. He only had to beat out Joey Strada of the Ice Bears. Donahue did just that, and now Birmingham had its biggest lead of the game at 5-2.

With thirty-two seconds left on the clock in the second period, Timofeyev was given an amazing setup pass from Jared Nash and netted his second goal of the period, swinging the momentum back the Knoxville way headed into the third.

Birmingham shrugged off the late second-period goal against and came out fast and hard to start the third. The hard work paid off as Donahue found himself in another breakaway and once again made the Ice Bears pay with his second goal of the night. This one came just 1:12 into the third, and it seemed like the scoring would never slow down. 9:20 into the period, Joey Strada took a pass in front of the net from red hot Timofeyev and snuck one past Lotz bringing the Ice Bears back within two goals. Despite outshooting the Bulls in the final period 15-7, Knoxville just could not really get back into this one as the period moved along. Late in the period, Ice Bear head coach Jeff Carr pulled Moyse for the extra attacker as a final attempt to catch back up. It proved to be the final mistake for the Ice Bears on the night, though, when Joseph Deveny got the puck at the top of his own left faceoff circle. Deveny lobbed the puck towards the empty net, and the Bulls got their seventh goal of the night.

Even though the Ice bears took the loss, there was one player that really stood out in all of this, and that would be Timofeyev. Timofeyev ended the night with four points (2g,2a), bringing him to a season point total of 25. Austin Lotz stopped 45/49 shots in his first game back in the net after spending a month in the ECHL with the Norfolk Admirals. The win was only the Bull’s second victory over the Ice bears dating all the way back to the 20/21 season. Birmingham was shut out in the previous two meetings this season between the two squads as well. 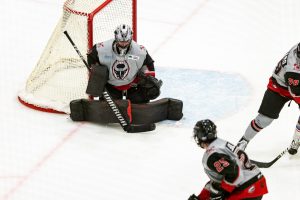 Nest up for Birmingham will be the “Battle for Bama” in Huntsville on Saturday night. The last time the two teams met, the Bulls blanked the Havoc 2-0 on home ice. Huntsville will be coming off a Friday night matchup with the Ice Bears that will decide who the top team in the standings will be as well. After this weekend, the Bulls will play some extremely important games against the team they are chasing in the standings for the eighth and final playoff spot, the Evansville Thunderbolts. The two teams will play twice in Pelham.