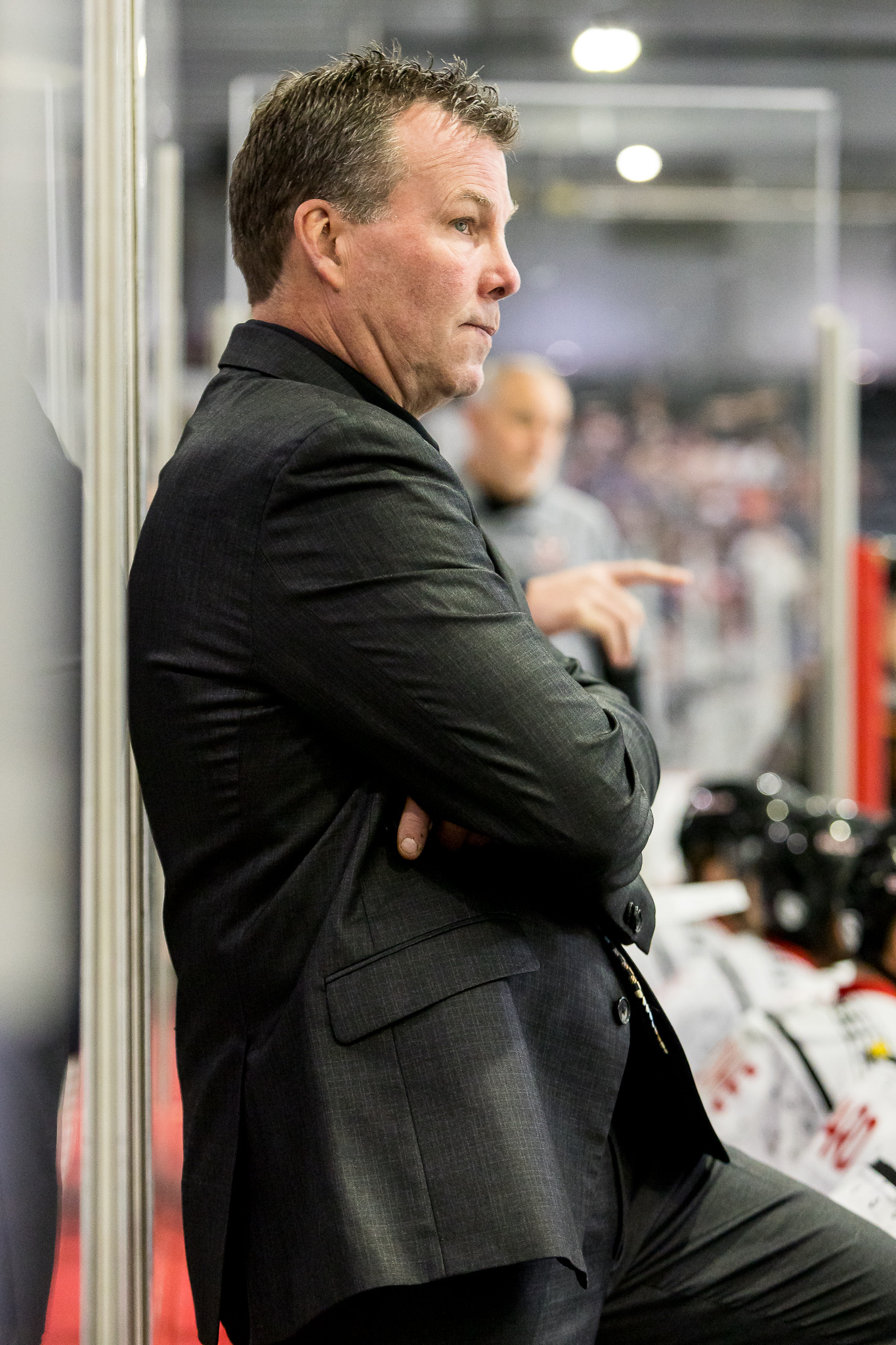 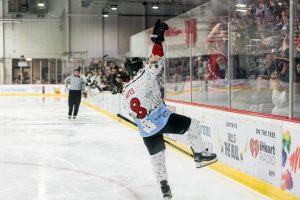 PELHAM, Ala.– The second of back-to-back games between the Birmingham Bulls and Fayetteville Marksmen ended in the same result as Friday night’s game, with the Marksmen coming out victorious. This time they won 3-1. However, this one was a much different game than we had seen. Friday night, we didn’t see much power-play time for either team; Saturday night, we witnessed a combined seven power-plays.

The first period got rolling, and Hayden Stewart got the nod in net for the second night in a row after only allowing one goal in his previous two games. On the other side, Fayetteville would start Stefano Durante in goal. The Marksmen came out flying and had a few early chances, but Stewart stood strong in net.

It wasn’t until the 7:42 mark when Brody Duncan got called for hooking that we would see the scoring get started. It only took the Marksmen power-play unit 19 seconds to find the back of the net. The goal came off Tanner Froese‘s stick when he let a wrister fly into traffic. Not long thereafter, the Bulls would get their first try on the power-play when Wyatt Noskey got called for boarding. Birmingham did not have the same luck, though, and the score stayed 1-0.

The Bulls, who did not have penalty trouble the night before, found themselves going back to more of what we had seen all season so far when captain Mike Davis got called for high-sticking. Then 19 seconds later, CJ Hayes got called for a hooking minor. Birmingham stood their ground and killed off the 5-on-3 powerplay despite being down two men, but as Davis was coming out of the box, Fayetteville’s Donald Olivieri found the back of the net, giving the Marksmen a two-goal lead. That was how the two teams would go into the locker room after one.

The second period was one of those rare periods in hockey that we didn’t see any scoring or penalties. Instead, both teams locked down defensively and only registered eight shots on goal apiece. Birmingham did miss out on a few chances at a wide-open net, thanks to passes just weren’t landing on sticks like they needed to. 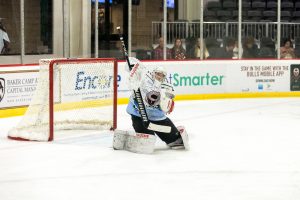 In the final period of the night, the Bulls came out with a sense of urgency, not wanting to lose three in a row. 82 seconds into the period, the Bulls found the back of the net for the first time all weekend, when Hayes fired a slapshot from the top of the right faceoff circle that Durante had no chance of stopping.

But it was one step forward, two steps back for Birmingham. About a minute after the goal, Mike Davis would get called for boarding, and the Marksmen who had already scored twice on the power-play would get another chance. It only took seven seconds for Froese to get his second of the night on this power-play, and all of a sudden, the Bulls were down by two again. The goal by Froese would be his third point of the night and fifth of the weekend after coming back off the injured reserve list.

Late in the game, Birmingham would pull Stewart for the extra attacker. They cycled the puck well and had a huge chance to come within one goal, but this weekend, the Bulls were just not having the puck luck they needed, and the game would come to a close with the Bulls dropping their third straight.

The story of this one would have to be the penalties, this team has struggled with penalties all year long, and in this one, the penalty kill unit gave up three goals on four attempts. The penalty kill has been a weak point for the Bulls this season so far, and it finishes the pre-Christmas portion of the schedule is second-worst in the league at 70.1%.

A bright spot coming out of the Saturday night game is the play of Hayden Stewart, who has posted a .941 save percentage in his last three starts, only allowing four goals, of which three came on the power play.

Next up for Birmingham is a stretch of three games against the Pensacola Ice Flyers at the Pensacola Bay Center. The first of the three matchups will take place on the day after Christmas. Pensacola is coming off a disappointing weekend against the Havoc, where they lost all three games, with the last one ending in a 4-3 overtime loss.