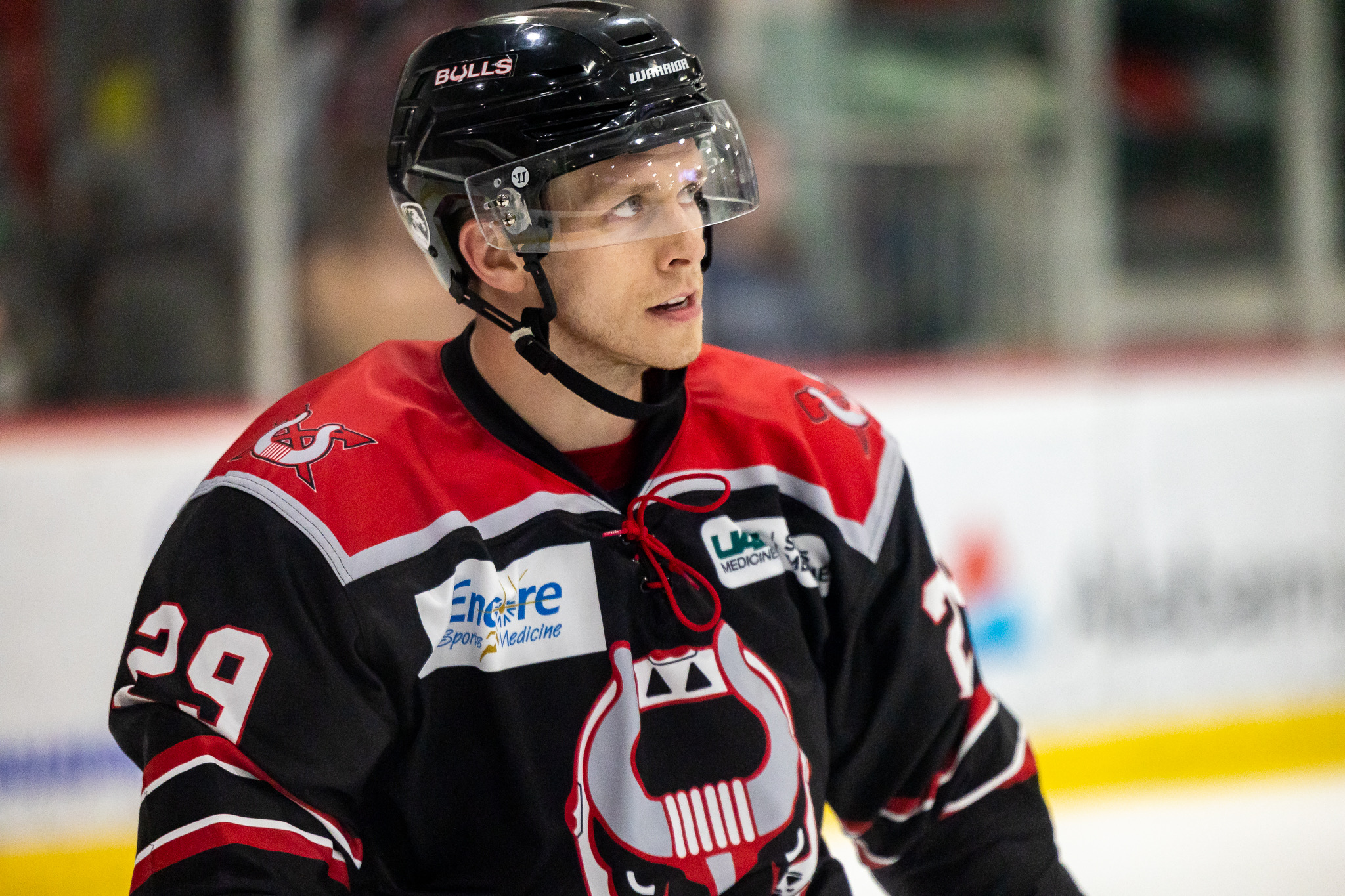 In the four-game stretch, Birmingham has only scored four goals, while allowing sixteen

PELHAM, Ala. – The last couple of weekends have been tough for the Birmingham Bulls. In those weekends, they have gone 0-4 and are seeing their hopes of getting into the President’s Cup Playoffs this season slowly slip away. In the four-game stretch, Birmingham has only scored four goals, while allowing sixteen. This is definitely not the run Coach Craig Simchuk had in mind when the team closed the gap to nine points back in mid-February.

Friday night, the Bulls welcomed in the Pensacola Ice Flyers and gave up four goals, three of which came in the second period. It wasn’t until late in the third period that Aaron Huffnagle was finally able to put the Bulls on the board, but all it did was spoil the shutout bid. 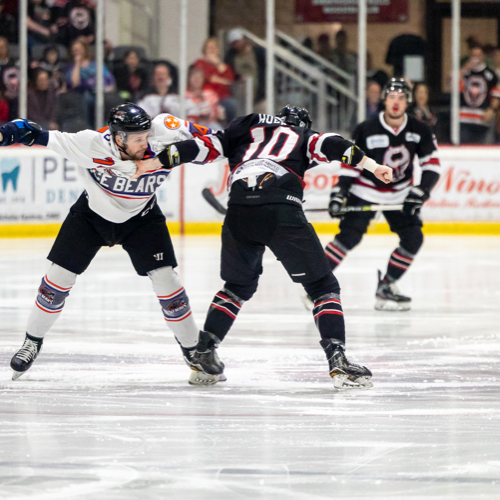 Saturday night was a big night for the Bulls, as the legends of Bulls hockey came to a sold-out Pelham Civic Center. This season, Birmingham brought back some players from the 90’s ECHL Bulls’ teams and the atmosphere was electric. Right off the faceoff, Knoxville’s Kyler Matthews and Birmingham’s Matthew Hobbs dropped the gloves, which set the stage for the game. It wasn’t until the second period the scoreboard would see any change, with Knoxville scoring two quick goals. Bulls forward Carson Rose would respond with a goal of his own, slashing the IceBears lead to one through 40 minutes. Stepan Timofeyev would net a quick powerplay goal to start the third and the Bulls just couldn’t find the back of the net again. Birmingham was outscored 8-2 on the weekend, despite making some roster changes prior to the weekend in an effort to boost the offense.

The Bulls currently sit 13 points out of the eighth and final playoff spot, behind the Roanoke Rail Yard Dawgs. The good news for the Bulls is, Roanoke has been struggling as well, currently on a five-game losing streak.

The two teams will face each other Thursday night in Pelham for the final matchup between the two teams this season. The Bulls hold the edge in the season series, winning both times they have played.

After the Thursday night matchup with Roanoke, the Bulls head out for a five-game road trip before finally returning home on March 26th. If the Bulls come out of this road trip winless or with only a few wins, it will be hard to climb back into the race without help from other teams Roanoke will be facing.

It’s also worth pointing out Roanoke has a six-game homestand starting March 18th going through to April 2nd. Roanoke has to face both Knoxville and Huntsville twice as well as three against the Marksmen. The Rail Yard Dawgs also face the surging Pensacola Ice Flyers twice.

Birmingham faces Evansville three times, a team they have had success against recently. Macon is on the schedule twice, but Macon has gotten the better of the Bulls so far this season. They also close out the season against Huntsville, face Fayetteville twice, and Knoxville once.

Neither team has an easy path to the playoffs.

With twelve games remaining on the schedule, the Bulls will have to win seven of them to take the eighth seed from Roanoke, provided the Rail Yard Dawgs go winless the rest of the season.  Down but not out, it will be exciting to see if this team can come together and win some hockey games down the stretch.