BRAMPTON, Ont. – Despite the delay to the start of the 2020-21 season, the Brampton Beast continued to add to their preseason roster with a trio of signings.

On August 12th, the Beast led by signing a big, strong defensive-defenseman who skates well and has championship pedigree. From nearby London, Ontario, 28-year old Tommy Hughes most recently played with the South Carolina Stingrays as an assistant captain.

“Tommy has been one of the best defensive D-men in the entire league” says Anastas. “He brings leadership, experience, and physicality to our backend which will greatly benefit some of our young defenseman.”

Hughes has previously played in the EIHL for Nottingham 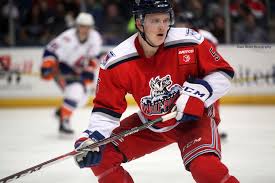 Panthers, in the AHL with the Hershey Bears, and five seasons with the Hartford Wolf Pack. He started his terrific junior career by winning back-to-back OHL championships with the London Knights while being an assistant captain there as well.

I believe Tommy is a great addition to the Beast line-up. He has a good combination of experience and winning pedigree, he could potentially wear the “C” for the team on opening night.

The next day, the team announced the re-signing of an all-around forward with hardware to his name.

The Westfield State University Alum in the NCAA division-III was a huge competitor while he was there. Leef’s list of accolades while attending University was being the Massachusetts State Collegiate Athletic Conference Player of the Year, First Team All-Conference and Player of the Year in his last season (2016-17) registering 19 goals, 21 assists for a total of 40 points. All while being a captain during that season.

Anastas believes in Leef’s talent when he described him.

“(Leef) kills penalties extremely well and found a knack at the net on the powerplay last season. He embodies everything we want in a Beast forward.”

Jackson’s accomplishments are really outstanding and he was just finding his rhythm with the team last season, I expect him to really make this team his own for the upcoming season.

The latest signing wave ended on August 21, when the Beast announced they have brought back quite a bit of offensive firepower from last season.  Assistant captain Erik Bradford is coming off a solid season with a professional-high 18 goals, as well as 35 assists for a total of 53 points in 54 games, almost a point-per-game clip. 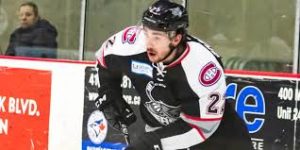 Norfolk Admirals, Utah Grizzlies, and the Orlando Solar Bears of the ECHL as well as the Ottawa 67’s and Barrie Colts in the OHL. He was an assistant captain while with the Colts and earned an All-Star spot in the ECHL during his tenure in Utah.

“Erik is a very passionate player who brings a lot of emotion to his game. We are confident he will have a breakout season in 2020-21” says Anastas.

The last wave of Beast-related news came on September 9th, when the team announced that forward Lindsay Sparks after a seven-year career that spanned 305 regular-season games and 13 Kelly Cup playoff games. Sparks recorded 254 points (95G, 159A) overall, with 49 of those coming in a Beast uniform last season.