BREAKING: Sheen Takes Over Behind the Bench for Idaho 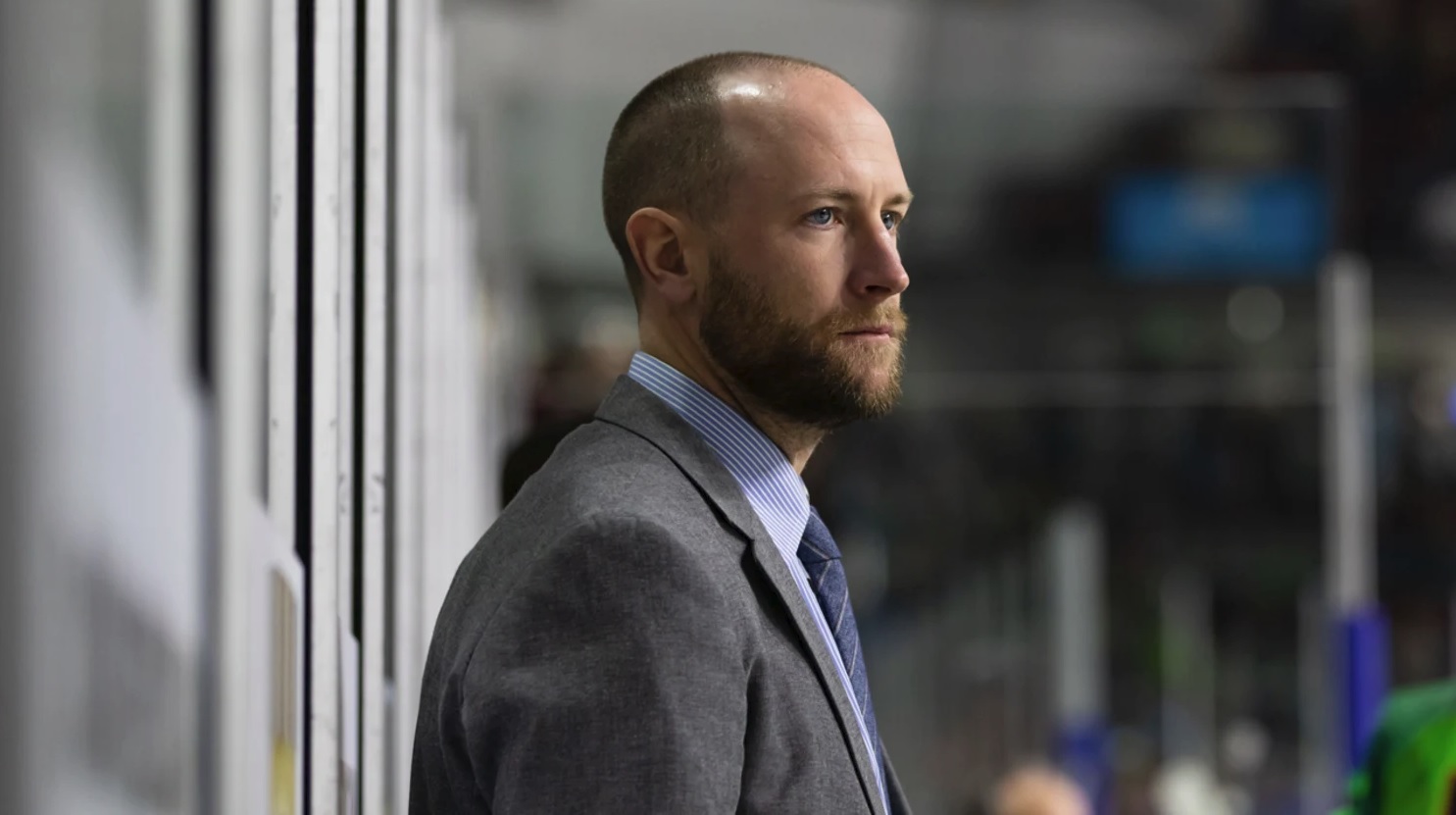 “I’m very excited at the opportunity, but mostly I’m honored to be part of this organization,” said Sheen. “I’m honored that Trapper and the management team believe in my message and my vision. There’s just a lot of emotions going right now but mostly just honored and excited.”

Sheen, 32, marks his first head coaching position following three seasons as the organization’s assistant coach beginning in the 2016-17 season. Over that time, the Lethbridge, Alb. native led the defense and penalty kill units, and last season the team ranked in the top-10 in penalty kill percentage and shots allowed per game while also sitting in the top-five for goals against per game. In all three seasons, he aided the Steelheads into playoff appearances, helping to extend the organization’s playoff streak to 22-straight seasons since the inaugural 1997-98 season.
At 32 years old, Sheen is the second-youngest head coach in Steelheads history at the time of his hire, as well as the second-youngest head coach currently active in the ECHL.

“Everett has demonstrated over the past three years that he possesses the leadership skills and talent to be our next Head Coach,” said Trapp. “He has the backing and the confidence not only of our players but also the Dallas Stars organization, our entire Front Office and our management team. He embodies the culture and the core values of the Idaho Steelheads, and we look forward to seeing him continue the rich history built over the last 22 years.”

With his familiarity regarding the affiliation with the NHL’s Dallas Stars and AHL’s Texas Stars, choosing Sheen for the vacant Idaho coaching spot was a no-brainer from the top of the organization down.

“The ECHL is a developmental league for head coaches and assistant coaches, and I think it’s the proper thing to do,” said Texas Stars General Manager Scott White. “I think he’s learned a lot from Neil [Graham] in his time there, and he’s prepared. He’s been around our group in Dallas—he was in Traverse City last year and he was out there for Main Camp—so he knows our group. More importantly, you listen a lot when you’re an assistant coach, so he knows the involvement and the frequency that we use Idaho.”

“Everett is an extremely hard-worker and a bright hockey mind,” said Graham, who worked with Sheen for three seasons. “He will lead this team in the right direction, and I have full confidence in his ability.”

Prior to coaching, Sheen played professional hockey for five seasons with time spent in the ECHL in all five years. He played 319 career ECHL games with the Reading Royals, the Ontario Reign and the Colorado Eagles, scoring 48 goals and 89 assists for 137 points including 35 points (13g, 22a) during his final season in 2015-16. The forward also spent time with the Providence Bruins of the American Hockey League (AHL) during the 2011-12 season. Sheen played four seasons of Division I college hockey at Holy Cross College, serving as Captain in his junior and senior seasons.

“Idaho is one of the premier organizations in the league, and I’m just thrilled to be part of it,” said Sheen. “We pride ourselves in doing things first-class, and that was very intriguing to me as well. When I first got here, I was blown away by the professionalism. Everyone has the same message, and it echoes through each department.
“The city, the community, the fans are the best. The amount of support for the team is incredible, and it really helps make you feel at home here and play and coach that much harder for this city because we get the amount of support that we do. I’m looking forward to continuing that within the community.”

Sheen is the sixth head coach during Idaho’s ECHL tenure and eighth overall since professional hockey arrived in Boise in 1997. Previous Steelheads ECHL head coaches include 2004 Kelly Cup Champion John Olver (2000-05), 2007 Kelly Cup Champion and Texas Stars Head Coach Derek Laxdal (2005-10), Hardy Sauter (2010-12), current Florida Everblades Head Coach Brad Ralph (2012-15), and now Texas Stars Assistant Coach Neil Graham (2015-19).
He lives in Meridian with his wife, Kayla, and their son, Parker.
Five players, all of whom are returning from last season, have been announced for the upcoming 2019-20 season, and more are expected to be announced in the coming weeks and months.

“I’m excited to continue to work with the core that we’ve brought back and signed. I’ve spoken to each one of them, and what made me happy and proud was that they were all excited to have me as their head coach. That means a lot. Just getting to work with them, building off the things I’ve been part of over the last three years, and continuing to grow and push to get where we want to be, and that’s a Kelly Cup for Boise.”